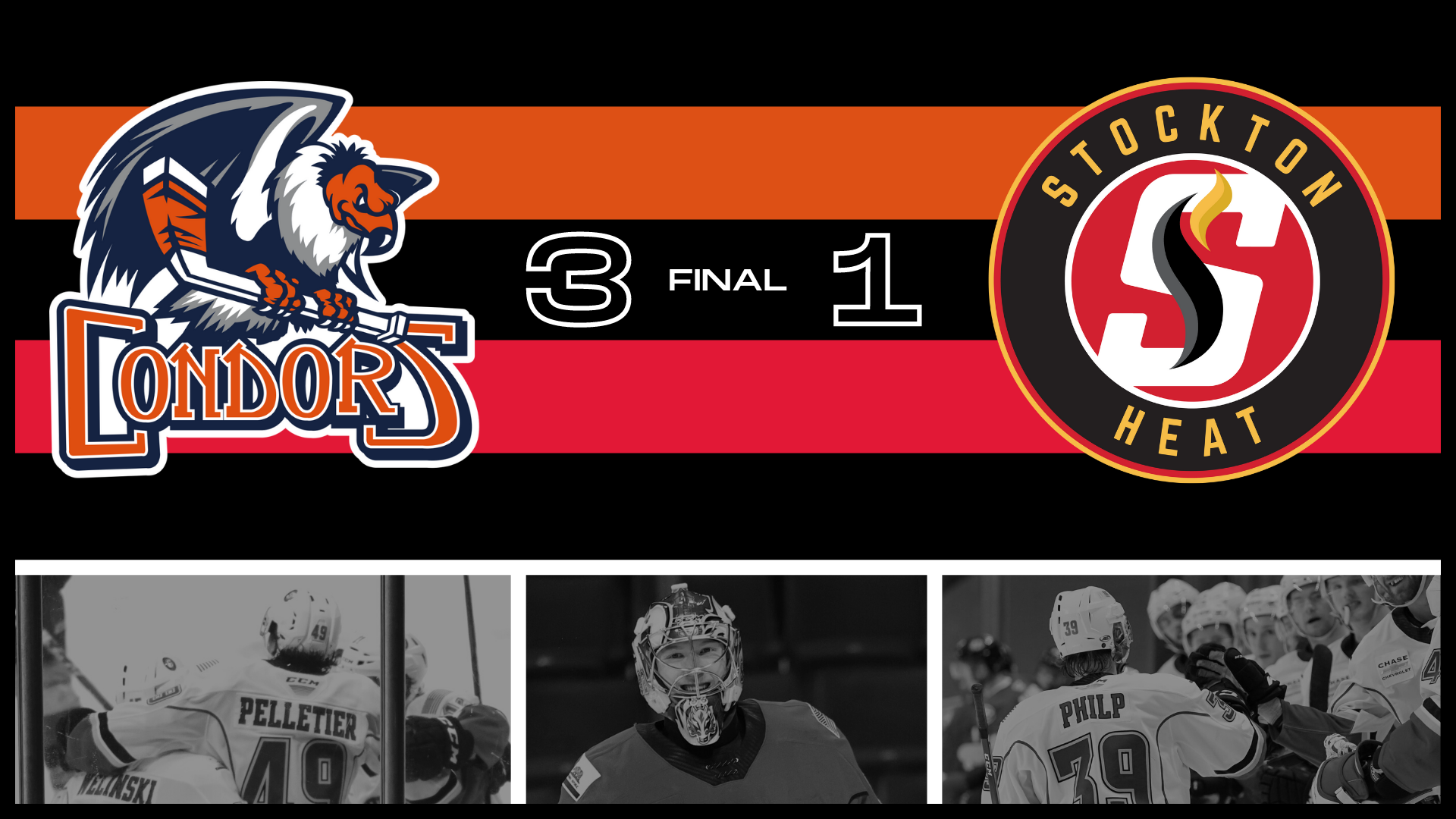 By Paige Siewert
8 months ago
The Stockton Heat wrapped up their 2021-22 season on Saturday night against the Bakersfield Condors. It was an incredible season for the Heat that will go down in the record books for a variety of reasons but this game, in particular, was not as positive with a 3-1 loss. This loss dropped them below the Chicago Wolves in winning percentage and just narrowly missed their shot at securing the top spot in the league.

Time and time again this season, there have been talks of new records being approached, tied and broken. Three more records were updated in this game one being for the team, and the other two being for Matthew Phillips and Dustin Wolf on the same goal.
Phillips scored the first and only Heat goal of the night 1:27 into the second period. By this point, the Heat were down 1-0 from a Condors goal late in the first period. Dustin Wolf passed the puck up the zone to get the secondary assist on this one and earn himself his fourth assist on the year. The highest in team history from a Heat goalie. Phillips added this goal to his team record in goals and points, finishing this year with 31 goals and 68 points.
The Heat weren’t able to make any sort of pull ahead in this game as two more goals from the Condors snuck by Dustin Wolf 11:19 into the second and 11:04 into the third.
The Heat pulled Dustin Wolf a couple of times in the last five minutes of the game but weren’t able to generate any additional offence. The other record they broke was their finalized season reason and point tally that finished up at 45-16-5-2 and 97 points total.

The Heat claimed a playoff spot weeks ago and by clinching the top of the Pacific Division, they have earned a first round bye in the Calder Cup playoffs this year. The Pacific Division is the AHL’s largest division with nine teams so their first round consists of a six team playdown before the Heat even get involved. With the regular season coming to an end, brackets and match-ups have been set.
The Pacific play-in will be played as a best of three, coming to a close anytime between May 4th-9th depending on how deep these series go. The Heat’s first playoff opponent will be the lowest-seeded winner of these rounds. Currently, the lowest-seeded Pacific Division team in the bracket is the San Diego Gulls.
The Heat will rest up and practice until the Pacific Division semifinals kick-off at a later date yet to be determined. They will play a best of five series against either the Bakersfield Condors, Abbotsford Canucks, Henderson Silver Knights or the San Diego Gulls. The next two rounds following will be played as best of seven series.
This is what the Heat have worked for all year and the postseason will prove if this team really can live up to the hype and expectations of being one of the best in the league, if not the best team with an end goal of raising up the Calder Cup and bringing it home.