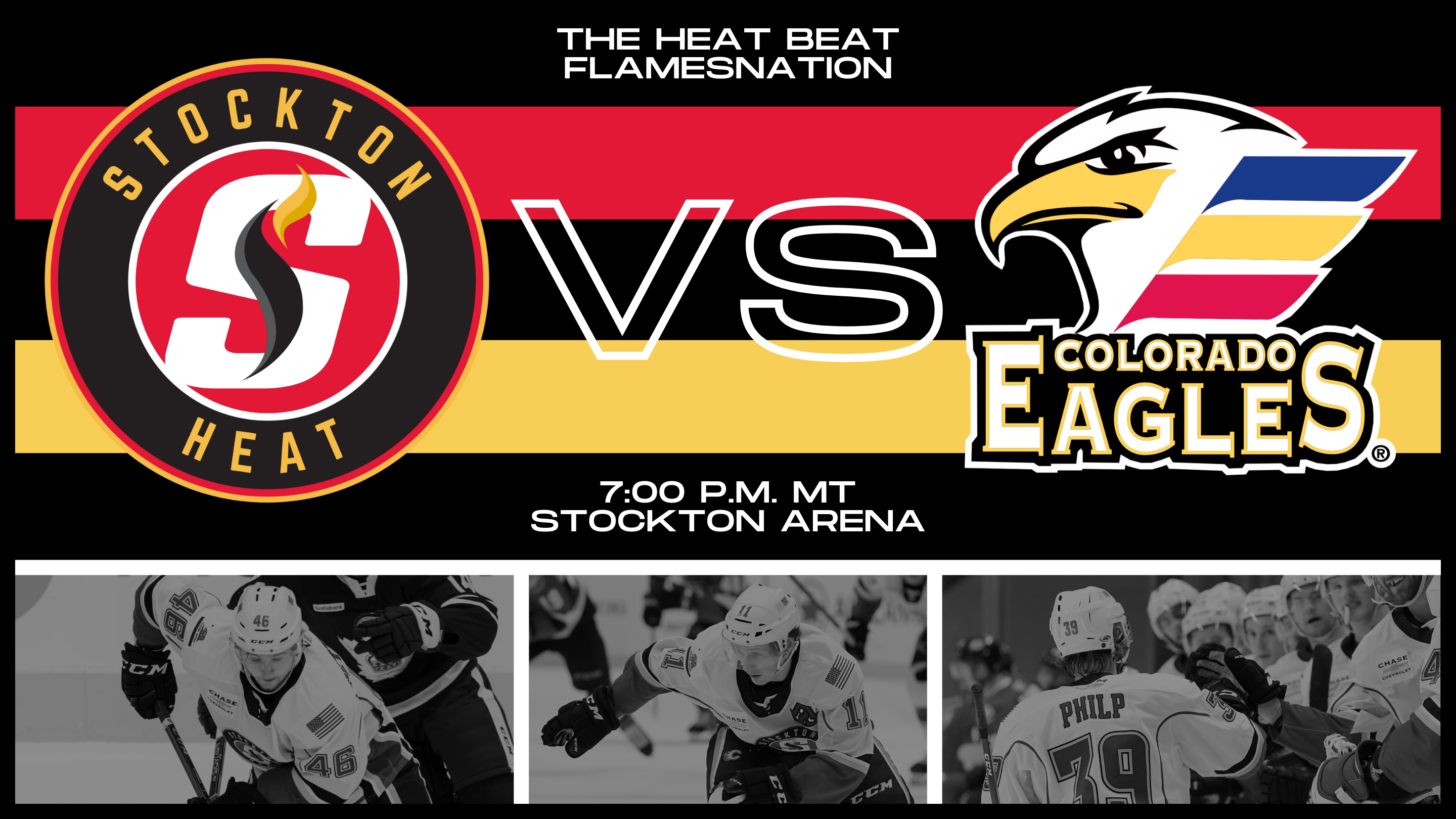 By Mike Gould
1 year ago
The Stockton Heat have points in each of their first four games of the 2021–22 season. They’ll look to keep rolling on Saturday when they welcome the Colorado Eagles to Stockton Arena.
Goaltender @Dustin Wolf has been Stockton’s most valuable player to kick off the year, posting a 2-0-1 record and a .951 save percentage in his first three starts. Fellow AHL rookie @Jakob Pelletier leads the Heat with five points in four games.
Colorado finally picked up its first win of 2021–22 with a 5-4 overtime win over the San Jose Barracuda on Friday. Goaltenders @Justus Annunen and @Hunter Miska have collectively allowed 28 goals in six games during the Eagles’ 1-4-1 season-opening stretch.
You’ll be able to catch this game on AHL TV and Spreaker at 7:00 p.m. MT.

Stockton — @Emilio Pettersen. Where has Emilio gone? The 21-year-old Norwegian winger started his AHL career with four points and nine points in nine games; since then, Pettersen has just two goals and five points in 24 games. He’s also having trouble reclaiming his past spot in Stockton’s top nine. Saturday’s game would be as good a time as ever for Pettersen to rediscover his offensive touch.
Colorado — @Alex Newhook. Perhaps they should call him Newfhook. The 20-year-old St. John’s product earned his first taste of NHL action with the Colorado Avalanche down the stretch in 2020–21 and will likely find his way back into the big leagues at some point this year. He’s off to a decent start with the Eagles, having scored twice and added an assist through his first five AHL games of the 2021–22 season.

This game will be broadcast on AHL TV (subscription required) and on Spreaker (audio only), with the opening puck-drop set for 7:00 pm MT.
FlamesNation contributor Paige Siewert will provide live game updates on her Twitter account. Additionally, you’ll be able to follow along at TheAHL.com.
Uncategorized
Recent articles from Mike Gould