How should the Flames use Jacob Markstrom in their last five games? 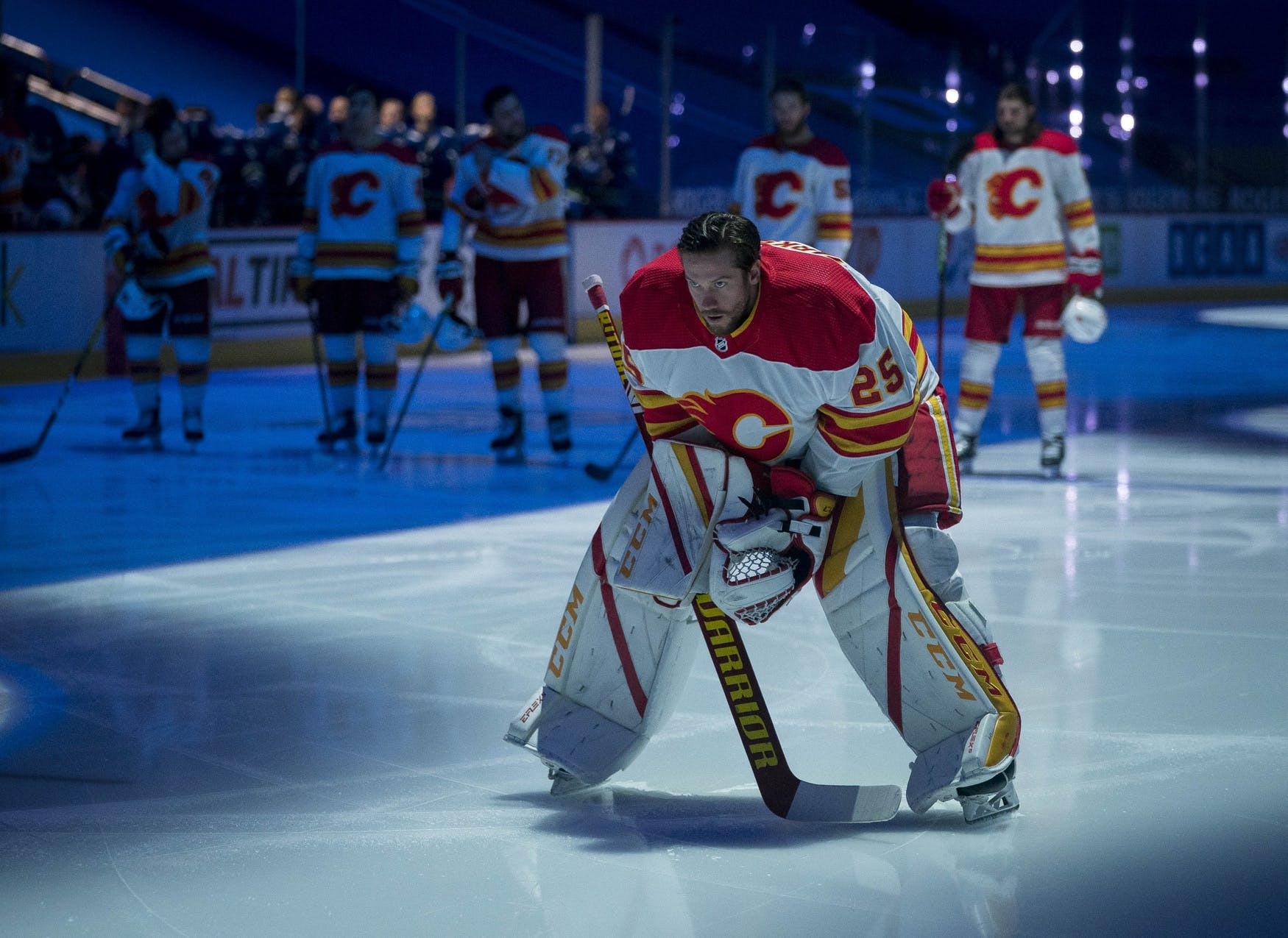 By Ryan Pike
1 year ago
The Calgary Flames have five games left on their schedule and their playoff hopes are more or less fantasy at this point. Thus, the club’s decision-making needs to shift into “get ready for next season” mode. That brings up a question regarding their goaltending: how many games should Jacob Markstrom start of their remaining five?
The remaining five games are fairly nicely spaced out: Sun., May 9, Thu., May 13, Sun., May 16, Tue., May 18 and Wed., May 19. There’s one set of back-to-backs in there, but it’s at the very end of the schedule. A single goalie could play all five games and burnout wouldn’t be an issue.
But it’s probably a good idea not to use the same goaltender in all five games.
Markstrom has arguably had a disappointing season, with the the club’s variable defensive play (before the coaching change) and Markstrom’s mid-season injury causing his numbers to wobble around quite a bit. But when Markstrom has been “on,” he’s been one of the Flames best players – if not the player who can most consistently be a difference-maker. While it’s important to make sure their top netminder gets regular reps, the Flames basically know what Markstrom is and can be, so going out of their way to ride him in the last five games might not be the best idea.
On the other hand, the Flames have a backup goaltender question following the departure of David Rittich prior to the trade deadline. While Markstrom is the unquestioned top goalie, they still need to figure out who will be their backup and play 20-to-25 games for them in 2021-22.
One contender could be current backup Louis Domingue, who has dressed for nearly a dozen games but hasn’t actually played a second in the NHL this season. His last NHL reps in a game were back on Mar. 1, 2020 for Vancouver. In the last 14 months, he’s played three AHL games: he allowed a dozen goals and lost all three games. But Domingue is a seasoned pro who understands the backup gig – he spent the year on the taxi squad likely knowing when he signed that would be his role – and he has familiarity with Markstrom. Domingue could be a useful backup next season if he’s got anything left in the tank. The Flames need to give him games to figure out what he’s got.
And on the taxi squad right now is Stockton (and Magnitigorsk) product Artyom Zagidulin. He’s played part of a game for Calgary this season in relief of Rittich (back when Markstrom was hurt) and he looked fine. He’s been a fine AHL goaltender for the past couple seasons. As a pending restricted free agent, it would be smart to give him a game to figure out if he’s got NHL upside or if it’s time to cut bait with the 25-year-old. With Tyler Parsons and Dustin Wolf both needing games in the AHL next season, the Flames need to make a decision on Zagidulin.
How would you divide up the final five games in net? Sound off in the comments!
Uncategorized
Recent articles from Ryan Pike