Jacob Markstrom thinks the Flames improved over the off-season 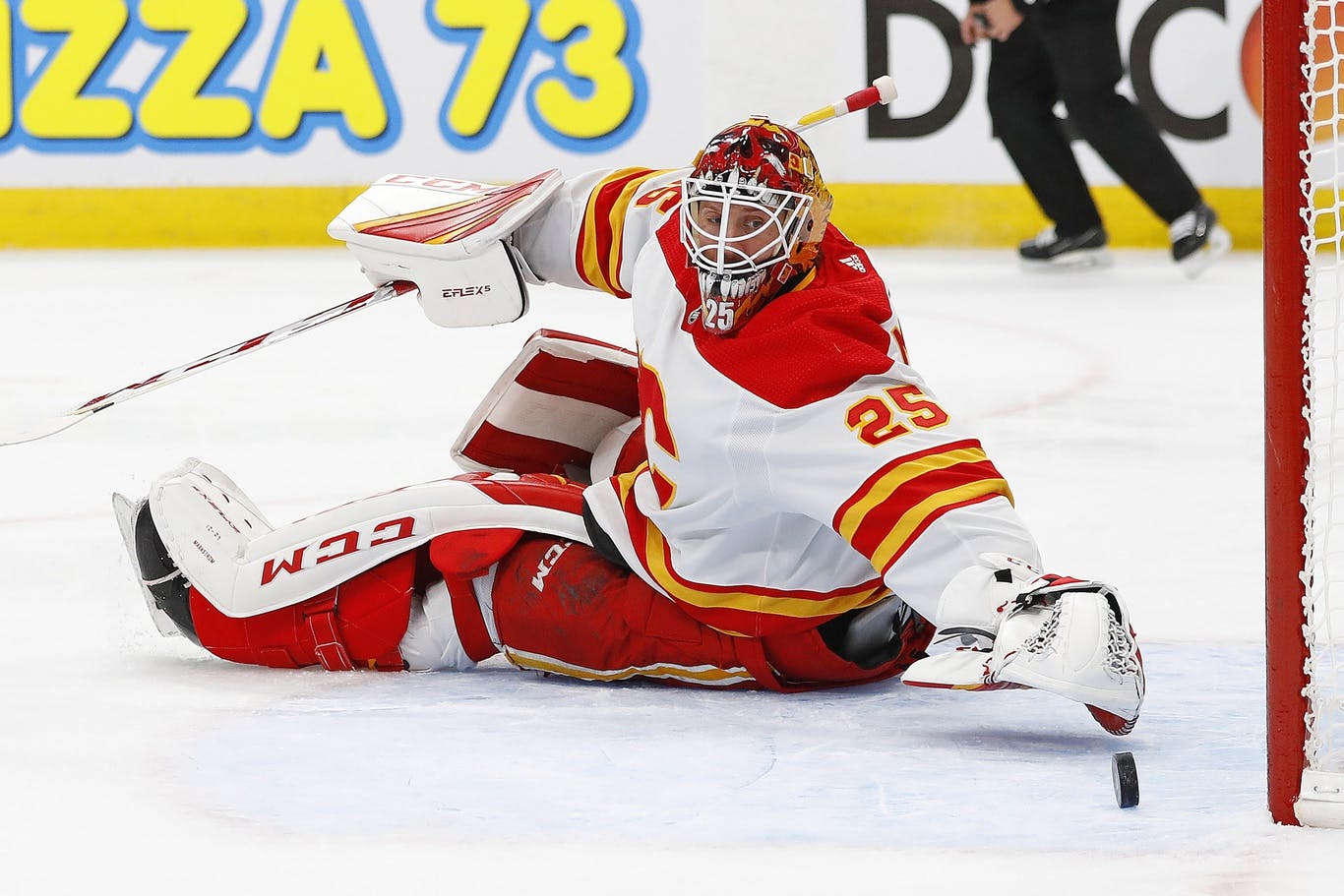 By Ryan Pike
5 months ago
The 2022-23 National Hockey League season begins in October, which means August and September will feature a bevy of camps and interviews for players who spent their off-seasons training and watching their clubs make changes. One such player is Calgary Flames starting goaltender Jacob Markstrom, who was at the European Player Media Tour in Paris and told NHL.com’s Dan Rosen that he thinks the Flames are better than they were before their off-season changes.
Markstrom, last season’s runner-up for the Vezina Trophy, saw his team lose 100-point players Matthew Tkachuk (traded to Florida), Johnny Gaudreau (signed with Columbus) and Erik Gudbranson (ditto), but get replaced by Nazem Kadri, Jonathan Huberdeau and MacKenzie Weegar. From a pure production standpoint, the Flames lost 88 goals and 236 points and brought in 66 goals and 246 points in that three-for-three swap. From a goals above replacement perspective (via Evolving Hockey), the Flames lost 59.4 goals above replacement and brought in 46.2. They may be a little worse from a pure goals perspective, but the group may have a better lineup balance than in seasons past.
The Flames begin training camp in mid-September when prospects report, while veteran players (like Markstrom) report to camp in the third week of September. The Flames begin their 2022-23 season on Oct. 13 when they host the Colorado Avalanche.
News
Recent articles from Ryan Pike