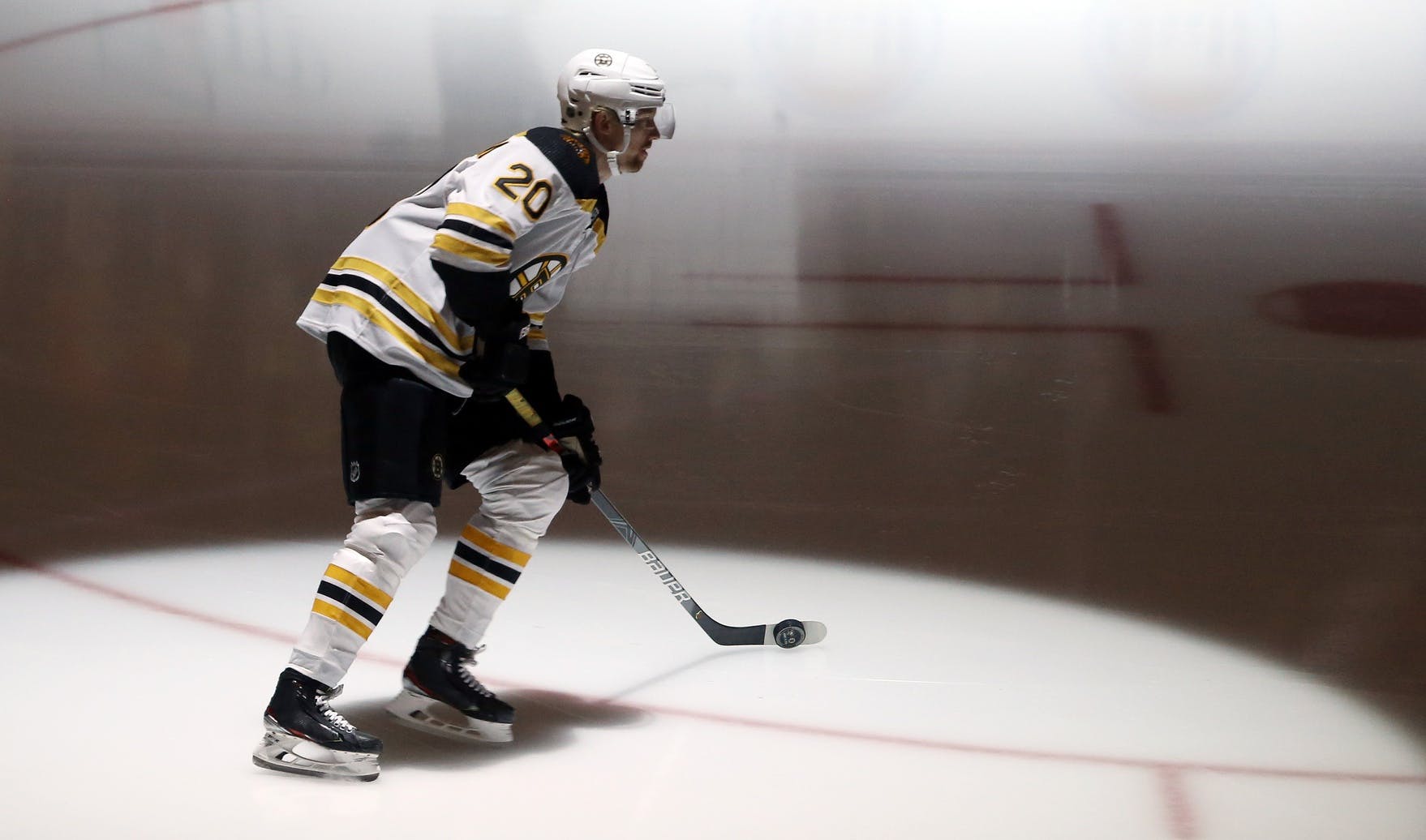 By Ryan Pike
1 year ago
The Calgary Flames will be short a special teams specialist for the 2021-22 season. Joakim Nordstrom has signed a one year deal with CSKA Moscow (otherwise known as the Red Army) of the Kontinental Hockey League. The deal was officially announced by the KHL club on Friday morning.
Russian journalist Semyon Galkevich originally reported the signing earlier this week on Twitter.
Nordstrom, 29, played primarily in the Flames’ bottom six during the 2020-21 season and was the team’s least productive regular forward at even strength. (He had just two primary points at five-on-five, the least of any forward that played 30+ games.) But Nordstrom made his living on the penalty kill, playing more time a man down than any forward aside from Elias Lindholm.
This will be Nordstrom’s return to European hockey after playing in North America exclusively since signing with Chicago back in 2012-13. He’s played 444 NHL regular season contests split between Chicago, Carolina, Boston and Calgary. He won a Stanley Cup in 2015 and joins a CSKA Moscow club that’s a perennial contender for the KHL’s Gagarin Cup.
The Flames penalty kill stood up fairly well against the North Division’s high-octane power play units and Nordstrom was a big piece of that success. The Flames will undoubtedly seek to find a replacement for that role; it could be someone internal like Dillon Dube or Glenn Gawdin, or someone they acquire this off-season.
Nordstrom was slated to become an unrestricted free agent on July 28. He’s the second pending Flames free agent to sign with a European club: pending restricted free agent blueliner Carl-Johan Lerby signed with Malmo of the Swedish Hockey League last month.
Uncategorized
Recent articles from Ryan Pike