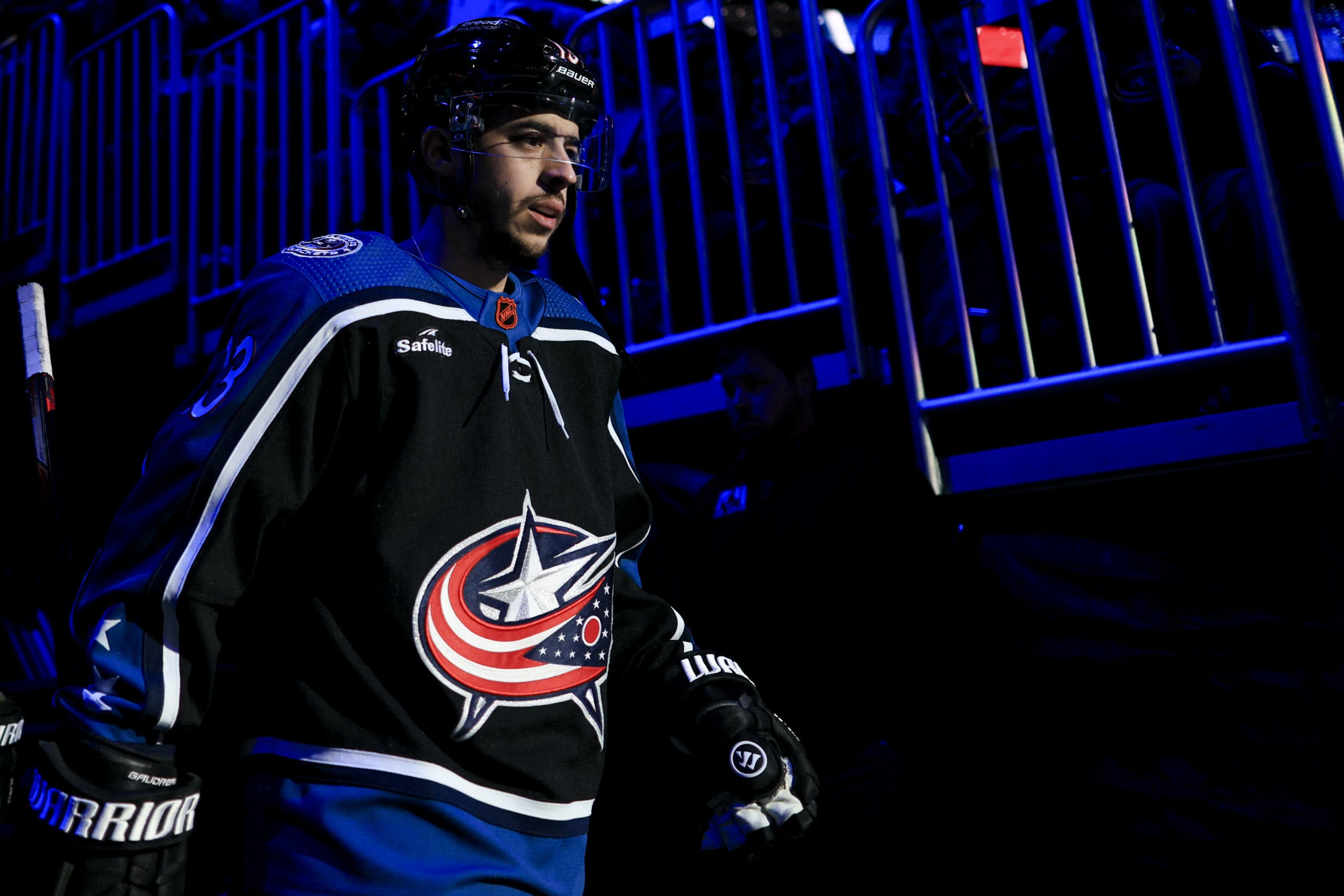 By Zach Laing
25 days ago
Johnny Gaudreau, big cheese pizza guy.
The former Flames set the record straight by responding to a clip from FlamesNation’s Barn Burner podcast Monday.
“Huds (Jiri Hudler) was telling us a story about when Gio (Mark Giordano) got injured in New Jersey. ‘Let me tell you a story about Johnny. What a teammate, what a great guy,'” said Boomer, referencing Hudler’s story. “Gio’s having an unbelievable season. Goes down, shoulder’s like shot. Everyone’s in the room like ‘ughhh, I can’t believe our season is over. Giordano’s done. We can’t believe it.’
“Then meanwhile from the other room where you get your suit on, this guy Gaudreau comes sauntering out. He’s got his suit on, his tie hanging around [his neck]. Two huge pieces of pepperoni pizza in his yap. ‘Oh, hey everyone! What’s going on? How come everybody’s… What’s the problem here? Why’s everybody so upset?’ Real nice teammate Johnny, real nice.
“And Johnny feels terrible.”
Then, according to the story, Bob Hartley gave it to Gaudreau afterwards about the way he was dressed.
On Monday afternoon, Gaudreau fired back at the posted clip.
“I only eat cheese pizza, tells ya how accurate that is, ya donkey,” Gaudreau tweeted.
Gaudreau left the Flames in free agency this year to join the Columbus Blue Jackets, where he’s found some individual success scoring 11 goals and 38 points in 39 games, but the team sits dead last in the Metropolitan Divison with a 12-25-2 record.
Zach Laing is the Nation Network’s news director and senior columnist. He can be followed on Twitter at @zjlaing, or reached by email at zach@oilersnation.com.
News
Recent articles from Zach Laing