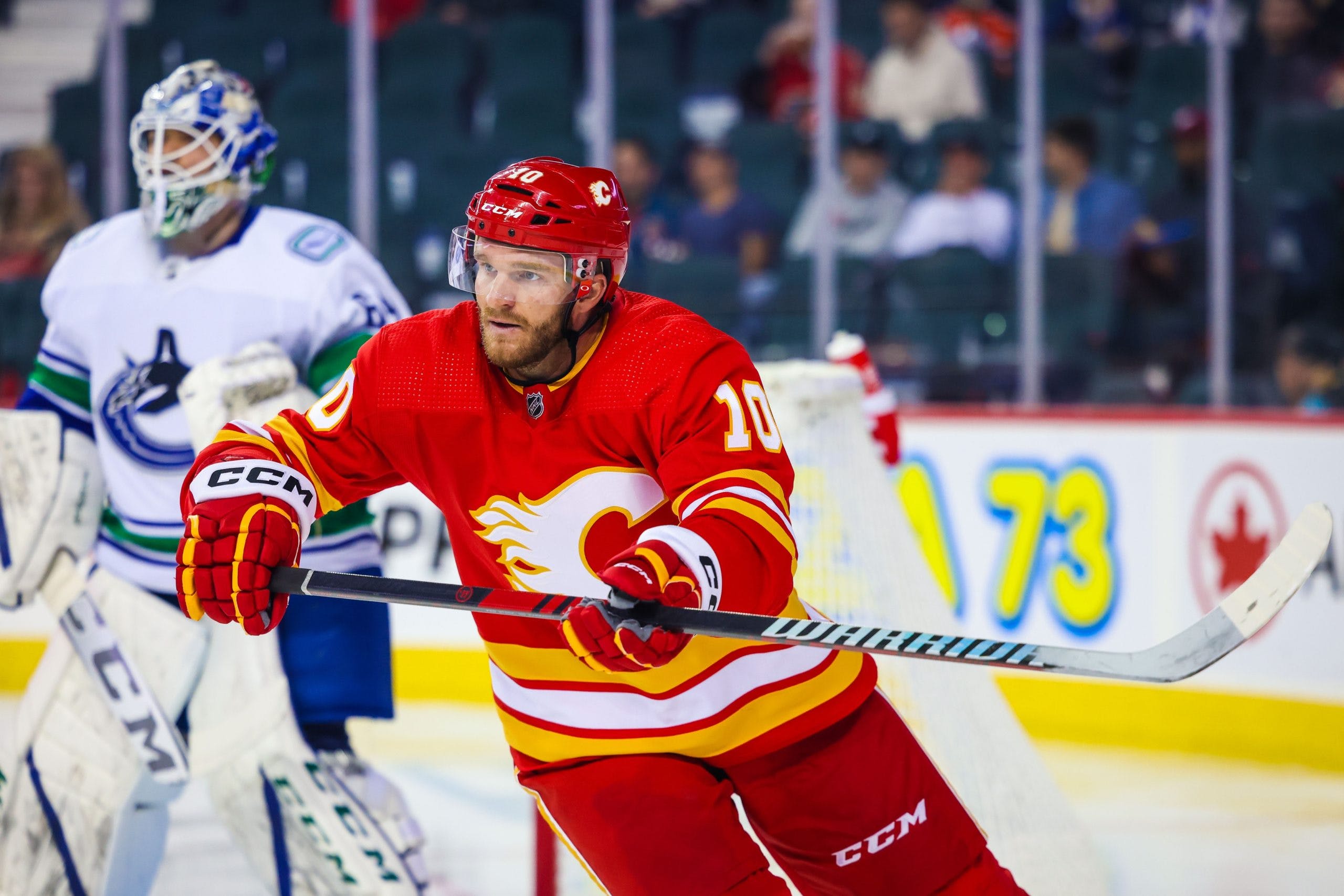 By Ryan Pike
2 months ago
The Calgary Flames opened their pre-season at home on Sunday night, beating the Vancouver Canucks 4-0. One of their new additions, Jonathan Huberdeau, scored his first goal as a member of the Flames (albeit in pre-season).
But following the game, an interesting topic came up: Calgary’s elevation.
“Obviously the altitude is much higher. You can feel it,” shared Huberdeau, while recalling the game in the club’s locker room.
When asked how the altitude impacts players, Huberdeau had this response.
“When you’ve got the wind in the third shift of the game,” said Huberdeau. “That makes a difference. I think it’s good. We’re at home, it’s the home advantage. When you go on the road, the guys are saying it’s good for you, you feel better. I’m just going to get used to it. I’m obviously not used to be here. Like I said, we’ve still got two weeks of training camp, so it’s going to be good for the first game of the season.”
Huberdeau quipped that he asked his teammates about the impacts of Calgary’s elevation when he was winded in the first few minutes of the group’s informal skates.
Prior to arriving in Calgary, 1,045 meters above sea level, Huberdeau played his entire NHL career in Sunrise, Florida, 2 meters above sea level. (The only NHL city located higher than Calgary is Denver, 1,609 meters above sea level.) Even for really fit NHL players, moving to higher elevations involves getting used to having thinner air, something that sports scientists say usually takes a few weeks to fully acclimate to.
The Flames are back in pre-season action on Tuesday night in Seattle – right at sea level – when they visit the Kraken at Climate Pledge Arena.