LeBrun: Flames will try to add a defender before trade deadline 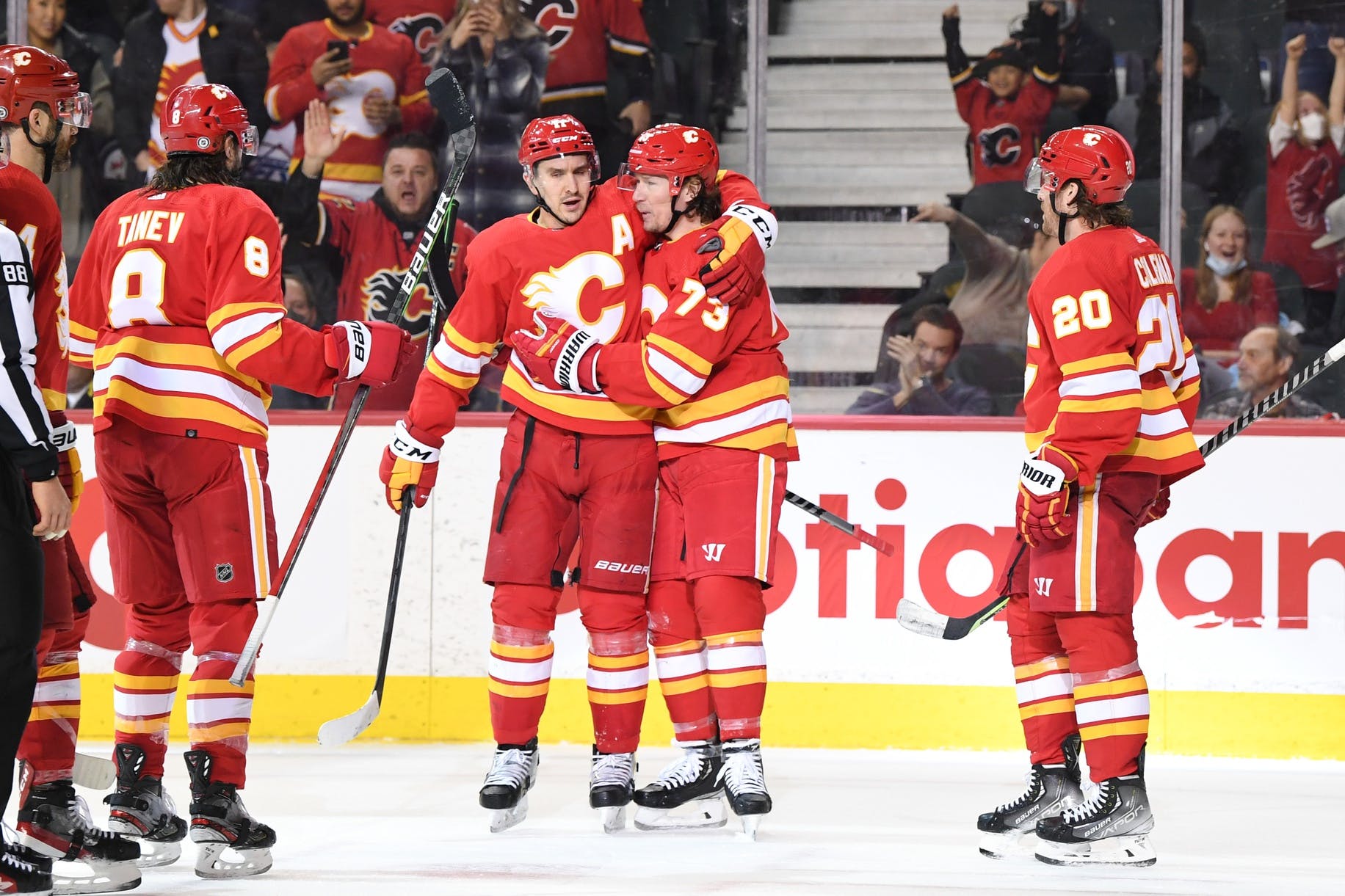 By Ryan Pike
10 months ago
The Calgary Flames have made a couple significant trades in the run-up to the trade deadline, adding Tyler Toffoli and Calle Jarnkrok a month apart. (They also added minor league goalie Michael McNiven, which was not a significant trade.) According to The Athletic’s Pierre LeBrun, in his trade rumblings column, the Flames may not be done.
Here’s the relevant snippet:

The Flames had serious interest on Chiarot and GM Brad Treliving kept regular contact with the Habs throughout the process but in the end, Montreal’s interest in Flames prospect Jakob Pelletier was a price Calgary was probably never going to pay. But it remains a reality that the Flames will want to try to add a blueliner before Monday’s deadline if possible.

The Flames presently have a full 23-man roster, with zero players currently waiver exempt… so if they were going to add a player on Monday, or try to, they would need to put somebody on waivers this weekend so they would have some roster flexibility. (The 23-man roster limit disappears at the beginning of deadline day, but the cap persists.) They’re also able to add up to $712,022 in cap hits on Monday and remain salary cap compliant, so some juggling would need to be done… or the Flames would need to convince their trade partner to retain a bunch of salary to make a trade possible.
The Flames are back in game action on Friday night when they host the Buffalo Sabres. The 2022 trade deadline is Monday at 1 p.m. MT. Be sure to follow along at FlamesNation, as well as with Daily Faceoff’s live, commercial-free draft day show on all their social channels.