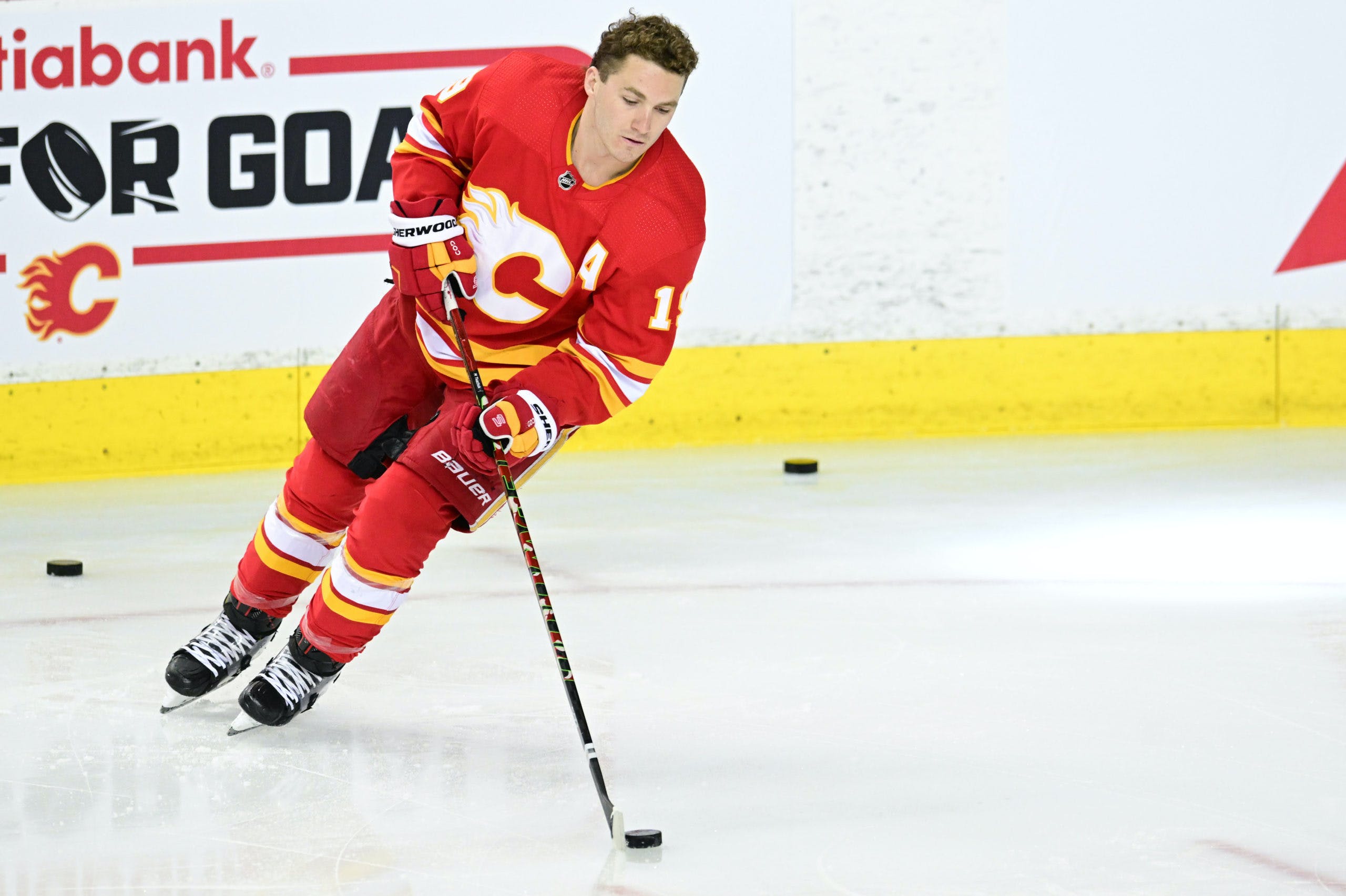 By Mike Gould
9 months ago
Calgary Flames forward @Matthew Tkachuk reached two impressive single-season milestones by scoring the opening goal in Thursday’s game against the Dallas Stars.
Tkachuk, 24, picked up his 40th goal and 100th point of the 2021–22 season in one go, picking up a @Johnny Gaudreau pass at the side of the Dallas net and stuffing it past @Jake Oettinger.
The power-play goal came with just 11 seconds remaining on a @Radek Faska goaltender interference penalty and gave the Flames a 1–0 lead at the 10:06 mark of the second period.
Tkachuk became the sixth National Hockey League player to the 100-point mark this season, joining @Connor McDavid, @Leon Draisaitl, @Jonathan Huberdeau, @Auston Matthews, and Gaudreau. @Rasmus Andersson picked up the secondary assist on the goal, bringing his point total on the season to 47.
Gaudreau’s assist was his 109th point of the season. Tkachuk also became the 11th NHL player to score 40 goals this season (and the first Flame to do so since Jarome Iginla tallied 43 in 2010–11).
The Flames and Stars are currently tied 1–1 with less than five minutes remaining in the second period.