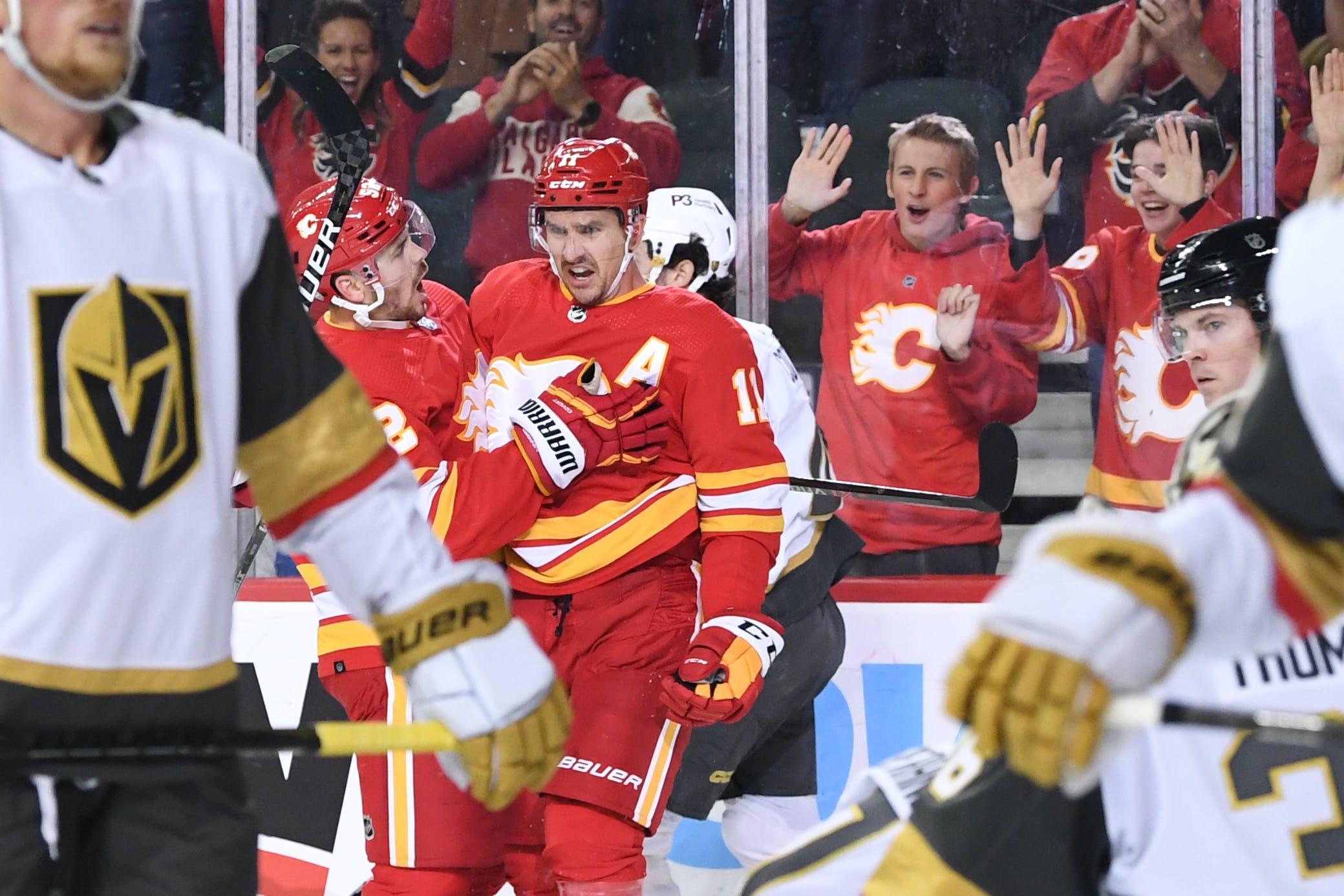 By Robert Munnich
3 months ago
The Calgary Flames are off to a fantastic start to the 2022-23 season. They’re 5-1-0 after six games and all of their wins have come against high end competition in Colorado, Edmonton, Las Vegas, Carolina, and now Pittsburgh. There have been a few standout performers to this point. Nazem Kadri is showing Flames fans why the Flames gave him a $49 million contract. Michael Stone has five points in six games. Jacob Markstrom has had two solid starts in a row.
The one guy who hasn’t’ been talked about enough has been Mikael Backlund.
Backlund has had a low-key incredible start to the season. He looks like a new player on and off the ice. He has taken on a bigger leadership role as he is a full-time alternate captain along with Chris Tanev. He’s also finally being slotted in the perfect position in the Flames lineup as their third line center. He is no longer being relied upon to be a big difference maker on both ends of the ice. The addition of Kadri has lifted some of the offensive responsibilities off his shoulders. Backlund can now focus on playing a defensive game which he is best suited for.
Backlund has been one of Calgary’s best two-way forwards to start the season. He and his linemates Blake Coleman and Trevor Lewis are normally match up up against some of the oppositions best players. Backlund, Coleman, and Lewis have also had the most defensive zone starts on the team. Incredibly they’re also the top three forwards in CF%, Backlund being first. He’s given some of the toughest defensive assignments and ends up winning those with an impressive CF% of 61.54%.
Backlund also ranks first among Flames forwards in xGF% (expected goals for %) with 64.40%, SCF% (scoring chances for %) with 62.16%, and HDCF% (high danger scoring chances for %) with 60%. Not bad for a guy playing in a third line defensive role.
Backlund’s counting stats aren’t quite as sexy. He only has two points in his first six games, both being goals. But those goals have come in critical moments. He scored the opening goal of the Battle of Alberta to set the tone for the night against their provincial rival.
His second goal of the season was an important game winner against the Vegas Golden Knights. Every point is going to be critical to pick up against division rivals like Edmonton and Vegas and Backlund was a major part of those victories.
Backlund is in a perfect position to have an outstanding season as the Flames go to shut down center on their third line. He has already been paying dividends in that role early on this season. If he continues this level of play throughout the rest of the season, the Flames are going be a very difficult team to beat.
Editorials
Recent articles from Robert Munnich