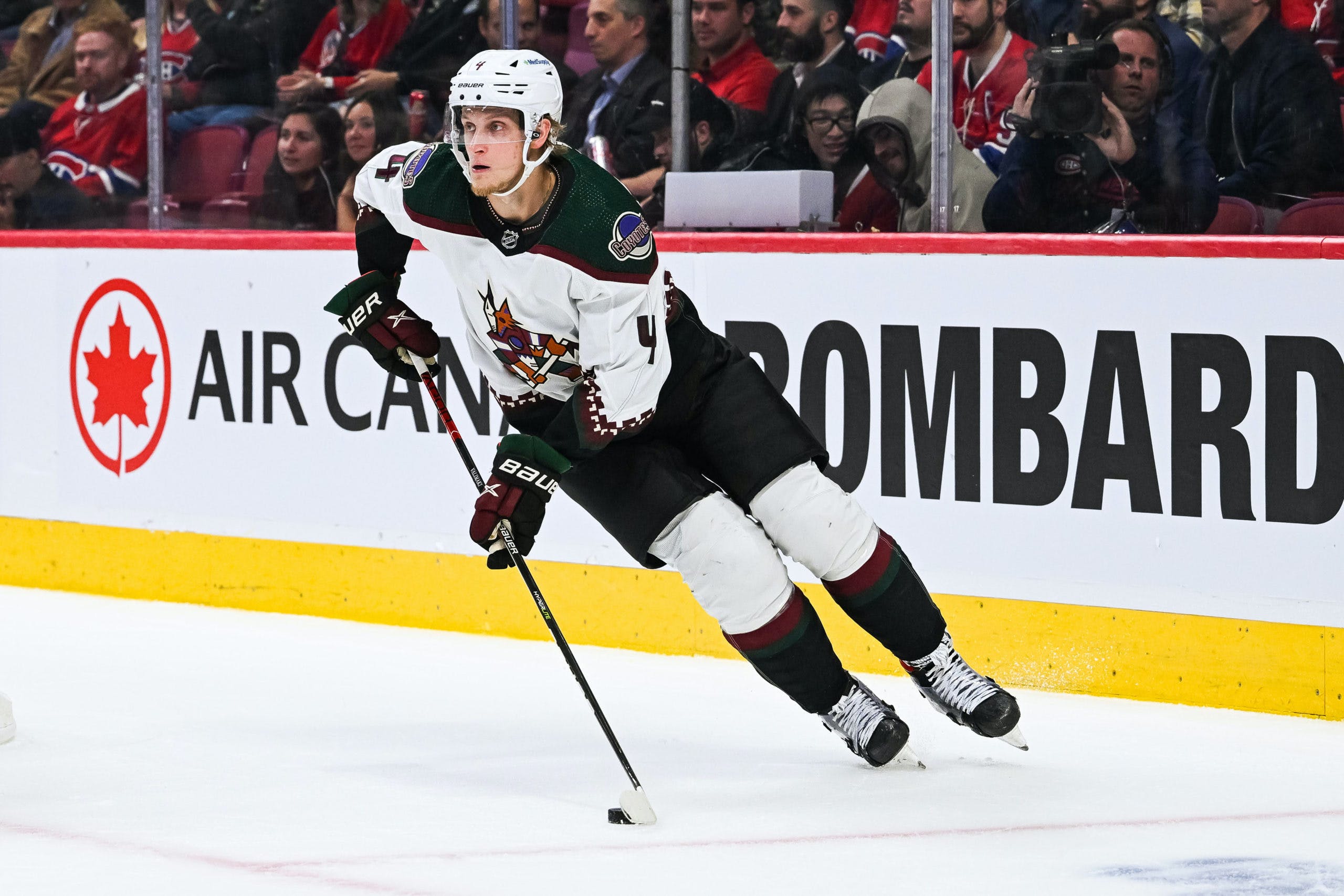 By Zach Laing
10 days ago
The Arizona Coyotes have extended defenceman Juuso Valimaki inking him to a one-year deal.
The former Flames rearguard joined the ‘Yotes ahead of this season after Calgary waived him. Valimaki has flourished in the desert scoring two goals and 12 points in 43 games this season.
“We are very pleased to sign Juuso to a one-year extension,” said Coyotes GM Bill Armstrong. “He is a big, strong, two-way defenseman who has been a great addition to our defensive corps. We look forward to having him on our roster next season.”
Valimaki, 24, struggled to get a foothold with the Flames. After being drafted 16th overall in the 2017 draft, he appeared in 82 games over three seasons with the team scoring three goals and 16 points. He also appeared in 55 games with the AHL’s Stockton Heat scoring six goals and 32 points.

The St. Louis Blues have activated defenceman Torey Krug and Vladimir Tarasenko from the injured reserve, the club announced Tuesday.
Krug missed the previous 13 games with a lower-body injury and had scored 17 points in 31 games before going down with injury. He’s now in his third season with the team after inking a seven-year deal with a $6.5-million AAV in Oct. 2020.
Tarasenko, meanwhile, rejoins the team after missing 10 games with a hand injury. The disgruntled forward, who still has a trade request active, has scored 10 goals and 29 points in 34 games this season.
The club also placed Pavel Buchnevich on IR. He recently underwent a minor medical procedure to treat an infection on his ankle, and is set to be re-evaluated after the All-Star break. He’s scored 15 goals and 38 points in 38 games this season.
Zach Laing is the Nation Network’s news director and senior columnist. He can be followed on Twitter at @zjlaing, or reached by email at zach@oilersnation.com.
News
Recent articles from Zach Laing