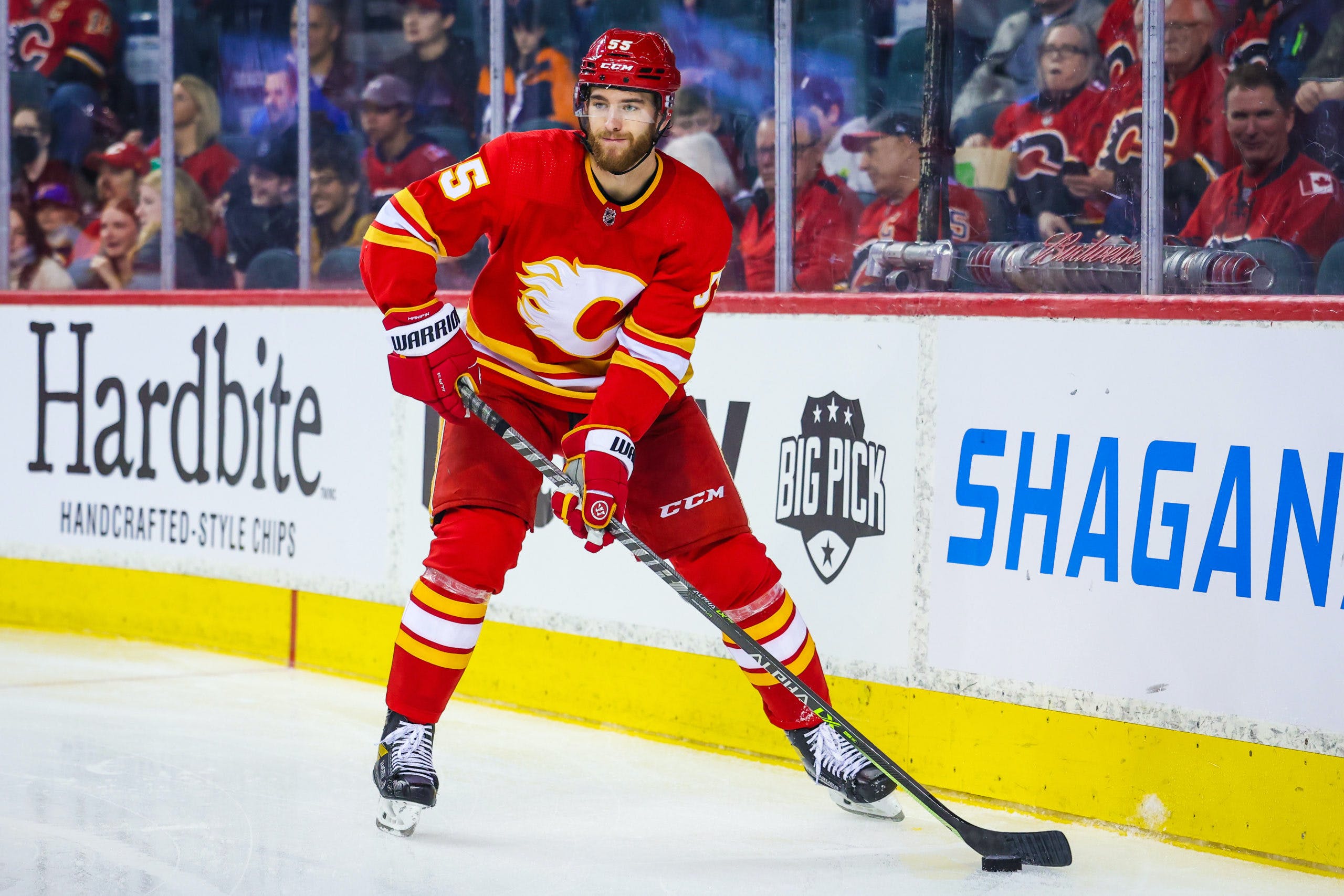 By Mike Gould
7 months ago
Calgary Flames defenceman @Noah Hanifin continued his rapid ascent and reached an impressive single-season milestone on Tuesday when he picked up his 40th point of the 2021–22 campaign.
Hanifin recorded the primary assist on @Matthew Tkachuk’s game-tying goal late in the first period against the Seattle Kraken, walking in from the left point and firing a hard wrister that Tkachuk neatly deflected past goaltender @Chris Driedger.
@Rasmus Andersson also assisted on Tkachuk’s 35th goal of the season; Hanifin received credit for his 33rd assist of 2021–22, his fourth season with the Flames.
Hanifin now has exactly 40 points (seven goals, 33 assists) in 72 games with the Flames this season. He became the 27th defenceman in the NHL (and the second on the Flames, joining Andersson) to reach the 40-point plateau in 2021–22.
Andersson is up to 45 points (four goals, 41 assists) in 73 games this season; Tkachuk’s 35th goal was also his 90th point of the year. Prior to this season, Tkachuk’s previous career-best scoring output was 77 points in 80 games (set in 2018–19).
The Flames currently trail the Kraken by a 3–1 score after 40 minutes of play on Tuesday. @Ryan Donato, @Victor Rask, and @Adam Larsson have the goals for Seattle.