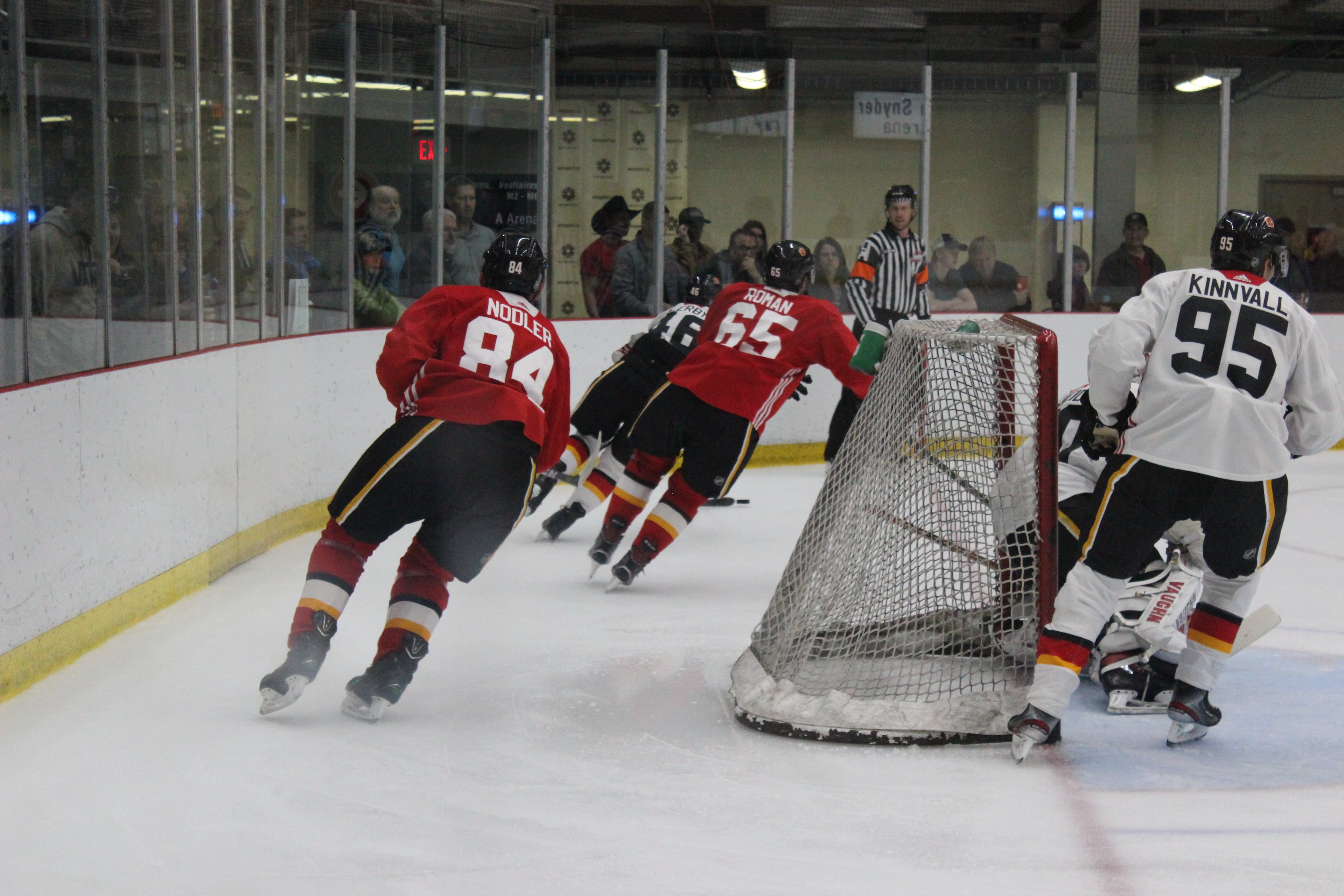 By Ryan Pike
7 months ago
Our colleague at Daily Faceoff, Chris Peters, has broken some Calgary Flames prospect news. Per Peters, Flames college prospect Josh Nodler has entered the NCAA’s transfer portal as he prepares for his senior season in 2022-23.
Nodler, 20, was the Flames fifth-round pick in the 2019 NHL Draft. A right shot centre who had a superb draft season with the USHL’s Fargo Force (and made good impressions at both the Hlinka Gretzky Cup and the World Junior-A Championship), the thought process was that he could develop into a really useful two-way player with some seasoning in college.
Unfortunately, that hasn’t really worked out quite the way everyone hoped. Nodler has played three seasons for the NCAA’s Michigan State Spartans. He’s had seasons of eight (2019-20), 11 (2020-21) and 15 (2021-22) points. While he’s worked his way up the rotation, spending much of this past season playing as the Spartans’ top centre, the team hasn’t really had a ton of success.
For comparison’s sake: Jake Boltmann has played in two NCAA national tournaments in two seasons with Notre Dame. Matt Coronato made the tournament as a rookie with Harvard this season. Michigan State hasn’t qualified for the big dance since 2012, and they posted a combined record of 34-60-5 during Nodler’s three seasons with the Spartans.
Through three seasons with Michigan State, Nodler had failed to really develop into a player the Flames were excited about signing – if they were excited about signing him, he probably would’ve been signed right now. Perhaps by playing his senior season in a different setting, Nodler can begin to tap into the potential the Flames scouts saw in him back in 2019.
We’ll have more on this story as it develops.