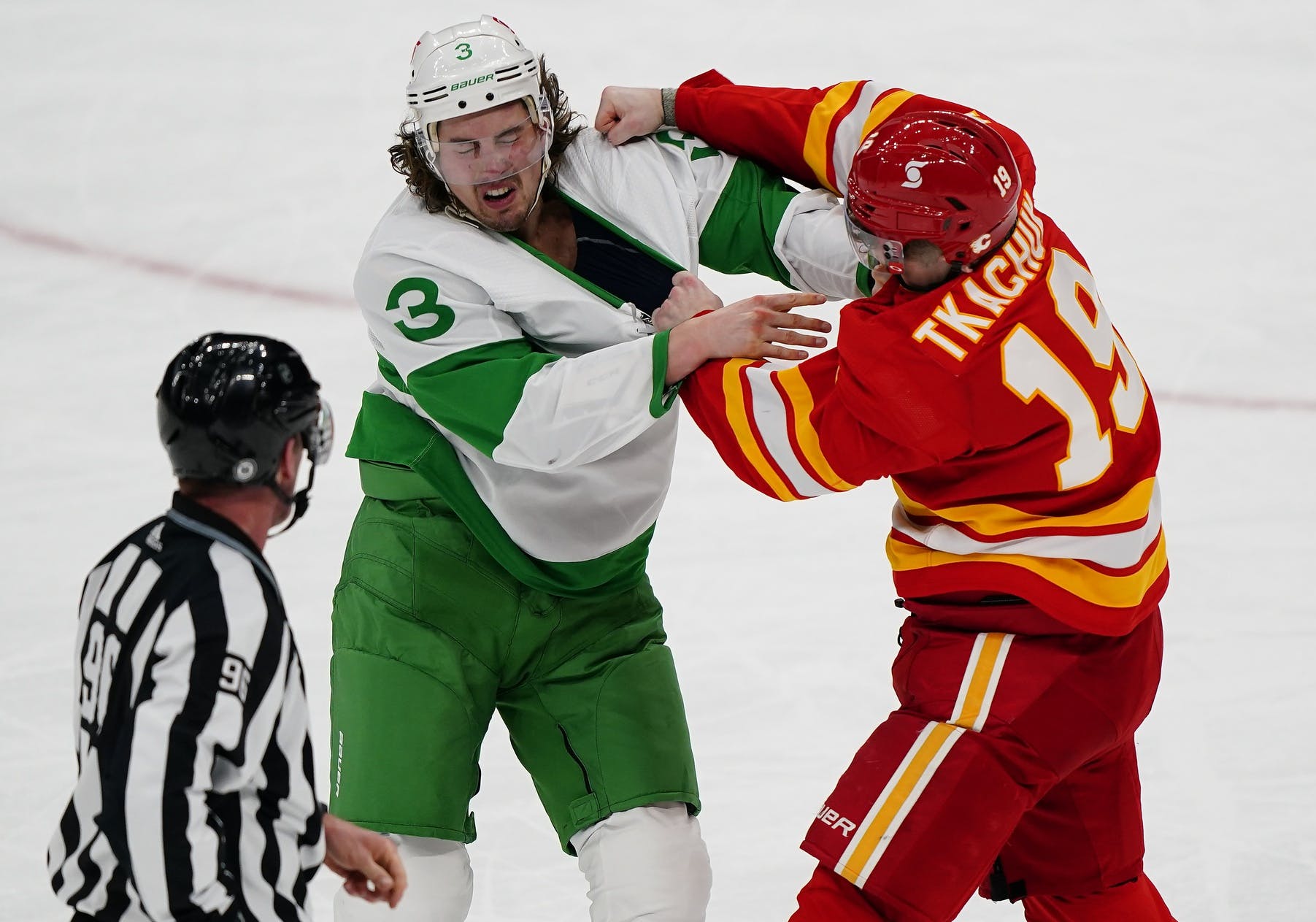 By Ryan Pike
1 year ago
After a rough outing on Wednesday that saw them lose big-time, the Calgary Flames had a nice bounce-back effort in Toronto on Friday night. They scored first and never trailed in a 4-3 victory over the Maple Leafs
Here are some selected quotes from the post-game media addresses.

I don’t know what happened, we were going to fight and then he went to go pick up his gloves. I wasn’t going to let that go as a missed opportunity. I don’t think a lot of guys liked the hit on Johnny whether it was clean or dirty.

On the message the fight sent, Tkachuk replied: “Don’t touch Johnny like that.”

Sutter was critical of how his team played on Wednesday, but was positive about their game – notably their ability to defend and check during the game. He phrased his response to a question about the club bouncing back from the Edmonton loss like this: