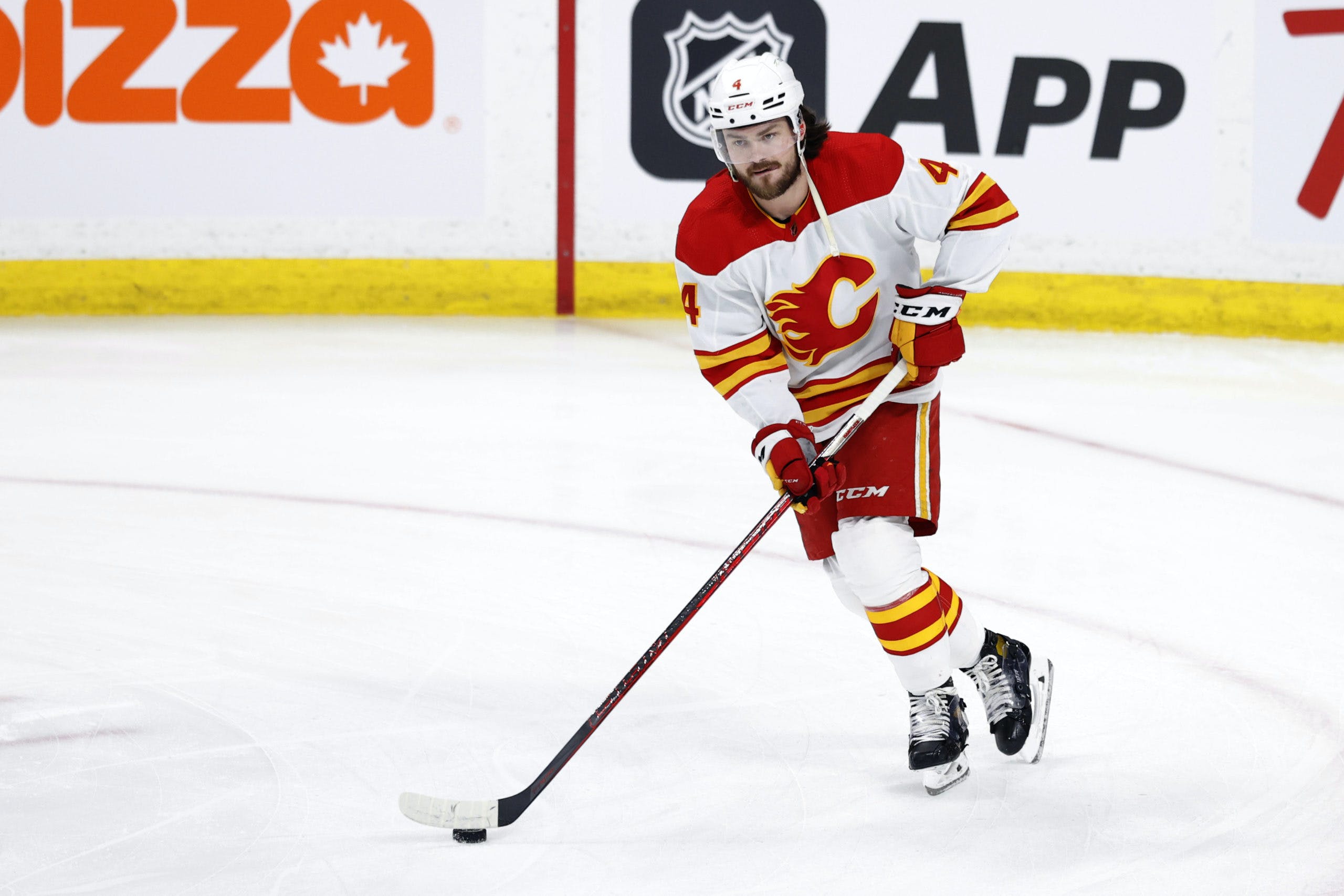 By Mike Gould
6 months ago
After more than 30 minutes of dominance by Dallas Stars goaltender @Jake Oettinger, the Calgary Flames finally broke through on the power-play to score the first goal of Game 4 on Monday.
With the Flames up two players on the ice, they got to work in the offensive zone and peppered Oettinger with shots. After going more than a full minute without scoring on the five-on-three, @Rasmus Andersson unleashed a bullet from a point that beat Oettinger up high.
@Matthew Tkachuk and @Tyler Toffoli picked up the assists on Andersson’s first goal of the 2022 playoffs, which came at the 10:03 mark of the second period.
Andersson’s goal came on the Flames’ 31st shot of Monday’s game. The Flames entered Game 4 with just three goals on 96 shots in their first-round playoff series against Dallas.
The Flames remain ahead of the Stars by a 1–0 score — and lead 38 to 21 in the shots column — in the dying minutes of the second period. Currently down 2–1 in the series, the Flames are looking to break an eight-game losing streak when trailing in the playoffs.