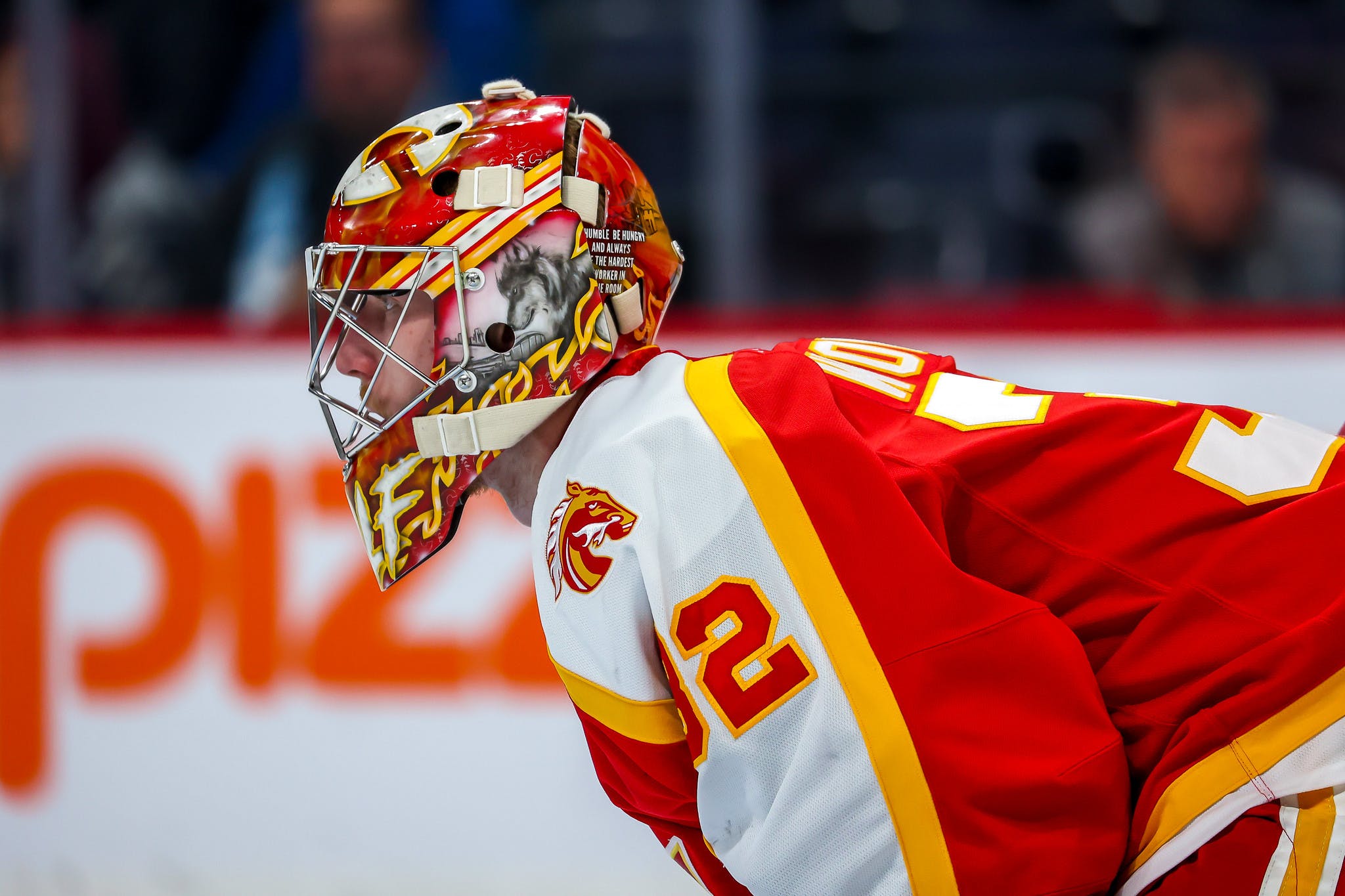 By Paige Siewert
2 months ago
The second half of the weekend series between the Calgary Wranglers and Bakersfield Condors took place on Saturday night. The Wranglers took game one on Friday 5-1 and still had another five goals in their system for game two. Calgary completed their weekend sweep on Saturday with a 5-2 win against the Condors.

The 5-2 score on its own tells a different story about how close this game actually was for the majority of the time. Two empty net goals towards the end of the third put the win in the books for the Wranglers, but in actuality, this was a one to two goal game for the most part.
The scoring started even earlier in this match-up with Connor Zary opening things up with his eighth goal of the season 2:10 into the game. What a shot it was too…
This was an even-strength goal that extended his point streak up to six games. Nick DeSimone had the lone assist. Following this goal, there was quite a string of penalties. It didn’t cause any damage until very late in the period when Justin Bailey of the Condors scored with 57 seconds to go in the first.
At the end of one, these teams were tied at one and shots were within one with Bakersfield having a slight 14-13 edge.
In the second period, the Wranglers regained their one-goal lead when Cole Schwindt tapped in a rebound on the power play.
Martin Pospisil and Emilio Pettersen picked up assists on Schwindt’s fifth goal of the season. That concluded the scoring in the second and the Wranglers pulled ahead in shots 32-23.
In the third, the Wranglers were looking for an insurance goal but the Condors struck first. 11:47 into the third, Justin Bailey scored again and evened things up once again. Time was winding down and something had to give. Thankfully, it was the Wranglers who had the most drive in the dying minutes.
Matthew Phillips scored a huge power play goal 14:20 into the third period with Connor Zary and Ben Jones picking up assists. This went on the be the game-winning goal and earned him the first star of the night.
With just under three minutes to go in the game, the Condors pulled their goalie to try and get a goal back again and did not have any luck. Nicolas Meloche ended up scoring on the empty-net, short-handed at that too!
Condors goaltender, Ryan Fanti returned to the crease for 22 seconds and was pulled again in the dying minutes. Jakob Pelletier made an attempt at the empty-net with 15 seconds to go and scored the fifth and final goal for the Wranglers.
Dustin Wolf picked up another win in net for Calgary stopping 31 of 33 shots. The Wranglers’ shots ended up 42 in their 5-2 win.

With two wins this weekend the Wranglers have climbed from seventh to third in the Pacific Division. Their record is up to 8-5-1-0 after earning points in seven straight games and winning six of seven.
Some Wranglers individuals have also made their way to the top of league standings based on their own performances. Matthew Phillips sits ninth in the league scoring with 17 points. He is also third in the league in goals with 10.
Connor Zary has broken into the top 20 in the league for scoring as well. After Saturday’s games, he sits at 15th in the league in points with 16.
Dustin Wolf has also bounced back from the Wranglers’ slow start and found his way to the top of the win category for AHL goaltenders with eight, ninth in save percentage with a .922 and 11th in GAA with a 2.39.

After four games on the road, the Wranglers are finally headed back home for some action back at the dome. This week they face the Coachella Valley Firebirds this upcoming Tuesday and again on Thursday. Both game times are at 7:00 p.m. MT.
News
Recent articles from Paige Siewert