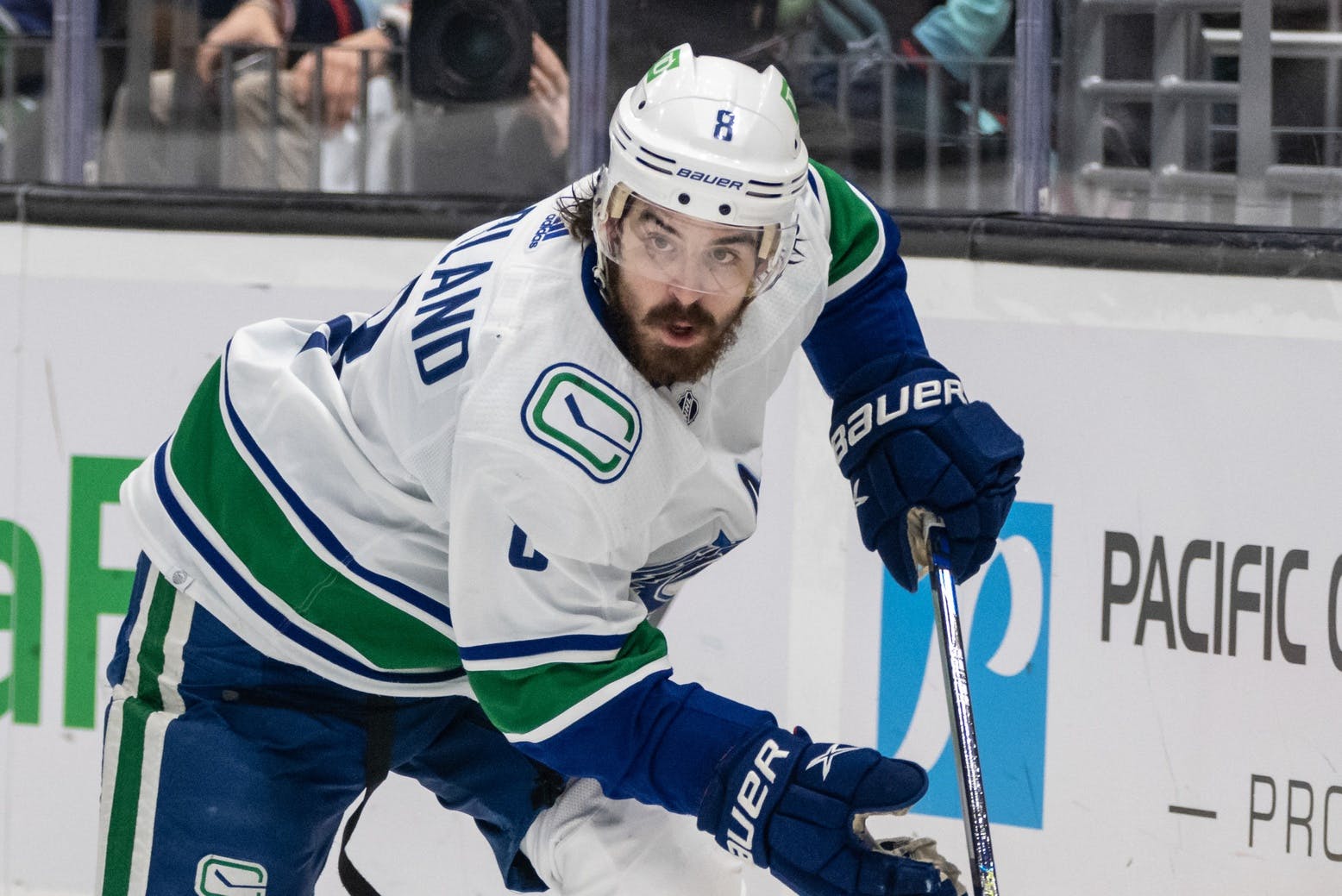 By Ryan Pike
9 months ago
Calgary Flames general manager Brad Treliving has a reputation for being in on basically every potentially available trade target. According to a report from Sportsnet’s Elliotte Friedman on Saturday night’s 32 Thoughts segment on Hockey Night in Canada, the Flames have interest in a pair of potentially available forwards from the Vancouver Canucks.
Here’s what Friedman had to say about the situation in Vancouver:

There’s been a lot of rumours about J.T. Miller, but I think it goes deeper than that. A number of their forwards that they’re discussing with teams around the league. I don’t think Pettersson’s part of this, I don’t think Horvat’s part of this, but I think some other players, and notable ones are part of this, including potentially Conor Garland. And we’ve all heard some of the rumours: the Rangers, Boston, Calgary, but I think New Jersey’s in there too, potentially on some players that could have term and team control. It’ll be worth watching. We know Jim Rutherford isn’t shy and I think he’s beginning to get going on what he’s going to do to reshape the Canucks.

It’s been previously mentioned by a few media types that the Flames have interest in Vancouver’s J.T. Miller, a 28-year-old left shot forward with another year left on his contract with a $5.25 million cap hit.
Garland, 25, is a right shot winger who’s under contract through 2025-26 with a $4.95 million cap hit.
If the Flames were involved in a swap for either player, based on the Flames’ current (and future) cap situation it seems likely that a significant player with a significant cap hit would need to be headed in the other direction to make the math work long-term.
The Flames have leading scorer Johnny Gaudreau as a pending unrestricted free agent, as well as Matthew Tkachuk, Andrew Mangiapane and Oliver Kylington also becoming restricted free agents. Any trade deadline business would need to allow the club the cap flexibility to re-up those key players this off-season, even with NHL clubs facing a flat cap next season due to revenue losses due to this season’s pandemic attendance and food restrictions.