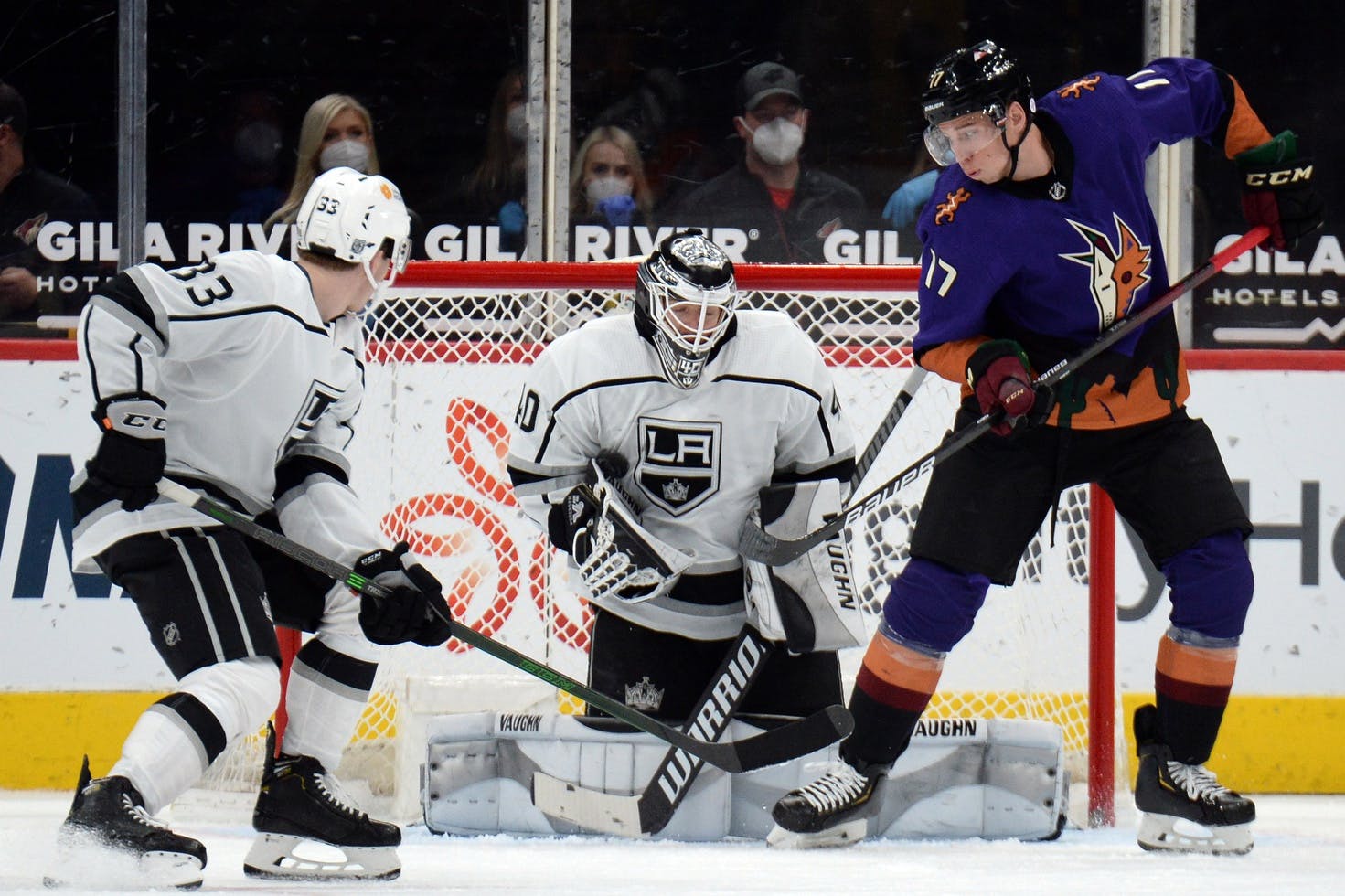 By Mike Gould
1 year ago
The Flames are reportedly interested in acquiring newly-selected Seattle Kraken forward Tyler Pitlick, Seattle Times writer Marisa Ingemi reported Wednesday afternoon.
Pitlick, 29, spent the 2020–21 season with the Arizona Coyotes after signing a two-year deal with the team on Oct. 9, 2020. He scored six goals and 11 points in 38 games but was left unprotected for the expansion draft.
On Wednesday morning, Coyotes beat writer Craig Morgan reported Pitlick’s selection by Seattle.
Pitlick is a right-handed forward who stands 6’2″, weighs 200 pounds, and is capable of playing wing and centre. He was selected by the Edmonton Oilers in the second round of the 2010 NHL Entry Draft (with the 31st overall pick).
The product of Minneapolis, MN has amassed 47 goals and 84 points with the Oilers, Dallas Stars, Philadelphia Flyers, and Coyotes in his seven-year, 286-game NHL career.
Pitlick has one season remaining at $1.75 million on the two-year deal he signed with the Coyotes. He averaged a career-high 16:22 per game with Arizona last season, including a team-leading 2:06 of average penalty-killing time.
However, Pitlick was not particularly effective during those penalty-killing minutes. According to Natural Stat Trick, the Coyotes allowed 137.48 shot attempts-per-60 with Pitlick on the ice during PKs as well as 9.48 expected goals against-per 60, 65.75 scoring chances against-per60, and 25.40 high-danger chances against-per-60. He ranked worst on the Coyotes in all of these defensive categories.
Pitlick’s penalty-killing struggles are not a new phenomenon. Evolving-Hockey assessed his PK performance in 2020–21 as being worth -2.7 expected goals above replacement; he provided 0.2, -1.0, -2.5, and 0.1 expected goals above replacement on the PK in 2019–20, 2018–19, 2017–18, and 2016–17.
Pitlick is set to become an unrestricted free agent next summer.
Uncategorized
Recent articles from Mike Gould