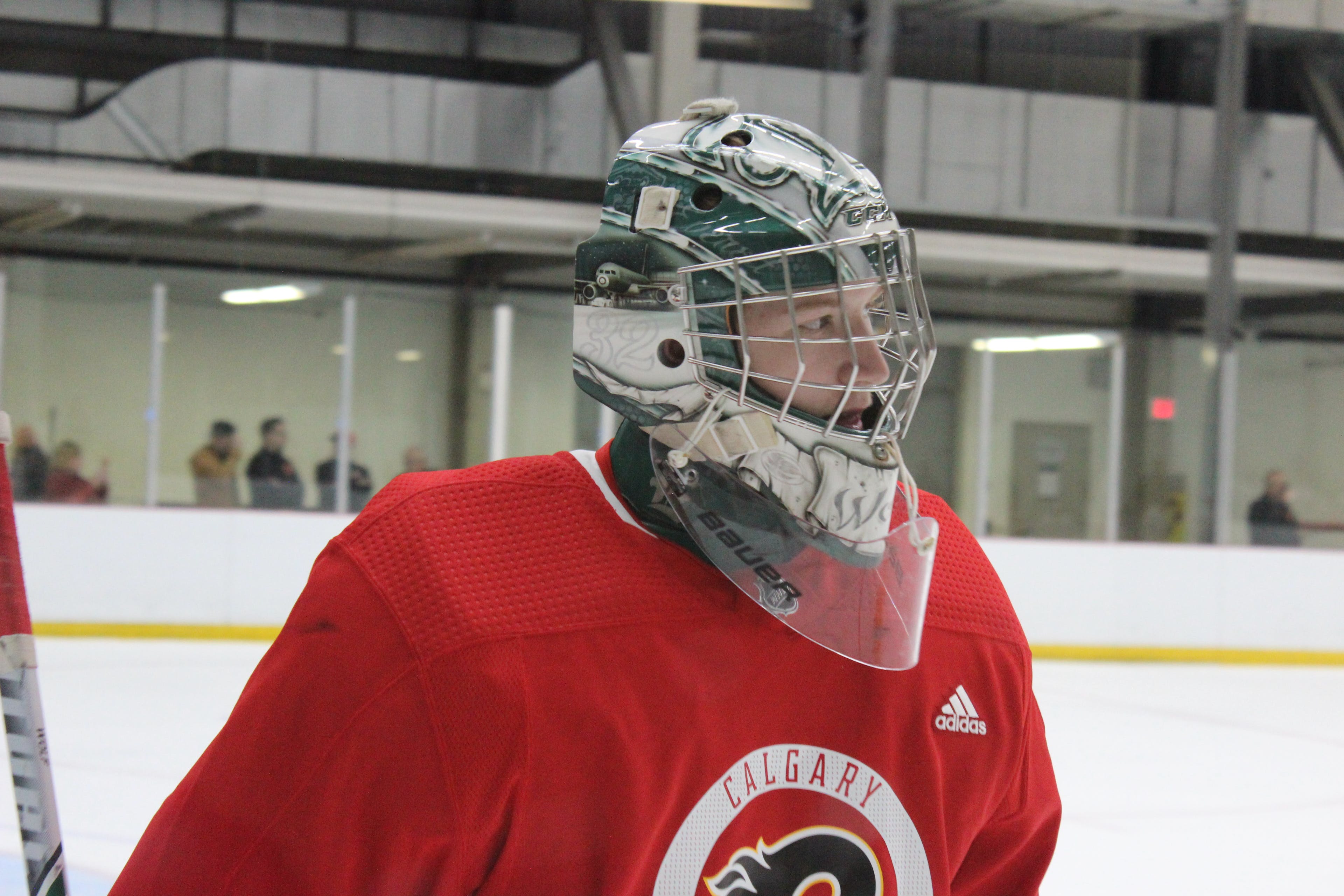 By Ryan Pike
1 year ago
After four, long months without Calgary Flames hockey games to gawk at, there’s finally organized big league hockey again! Well, kind of! Tonight the Calgary Flames’ rookie camp players face off against their hated rivals, the rookie camp players representing the Edmonton Oilers.
It’s two groups of young players looking to impress up at Rogers Place! The puck drops at 5 p.m. MT and you can catch it streamed on the Flames website or on the radio via Sportsnet 960 The Fan!

It sounds like Dustin Wolf, the 214th player selected in the 2019 NHL Draft, will start for the Flames. (On Thursday, Stockton coach Mitch Love, whose staff will be running the bench this week, said they were leaning that way.)
As for Wolf? Well, Love mentioned during Thursday’s availability that the netminder was motivated to prove those who doubt him because of his size wrong.
“I think he’s okay with it,” said Love. “Gives him drive, right? Gives him something to prove people wrong on, on maybe that knock of his size. But his skillset is next to none. He’s in great condition. He’s very powerful down low in the net. He’s competitive in that will to win and to be competitive each and every day is what we want in all our athletes, and he does a phenomenal job of that.”
The Flames will need to scratch one forward, one defensive pairing and a goalie. There’s no morning skate so we won’t get clear indications from our media pals up in Edmonton until warm-ups.
There’s a lot to chew on with the projected lines, with each forward line pairing two skilled players with a bigger body to theoretically open up some space. On defense, it’s primarily a match-up of defensive players with offensive-minded ones. It’ll be interesting to see how these groupings develop over the course of the next few days, as it could give us glimpses into how Love wants to deploy players in Stockton and how some of the organization’s key prospects could be used this season.

We have no indications of which goalie starts for the Oilers, but it seems reasonable to assume that Rodrigue and Konovalov split duties between the two games. Extras that apparently weren’t in specific lines, and thus likely scratches, included Ethan Kruger, Max Wanner, Josh Prokop, Jake Chiasson and Kirill Maksimov.
We’ve heard good things about Lavoie and Bourgault thus far, so keep an eye out for them on the Baby Oilers’ top line.

The game will be on radio and webcast, but follow the folks at OilersNation (as well as the FlamesNation crew) as we cover the festivities and their aftermath.
Uncategorized
Recent articles from Ryan Pike