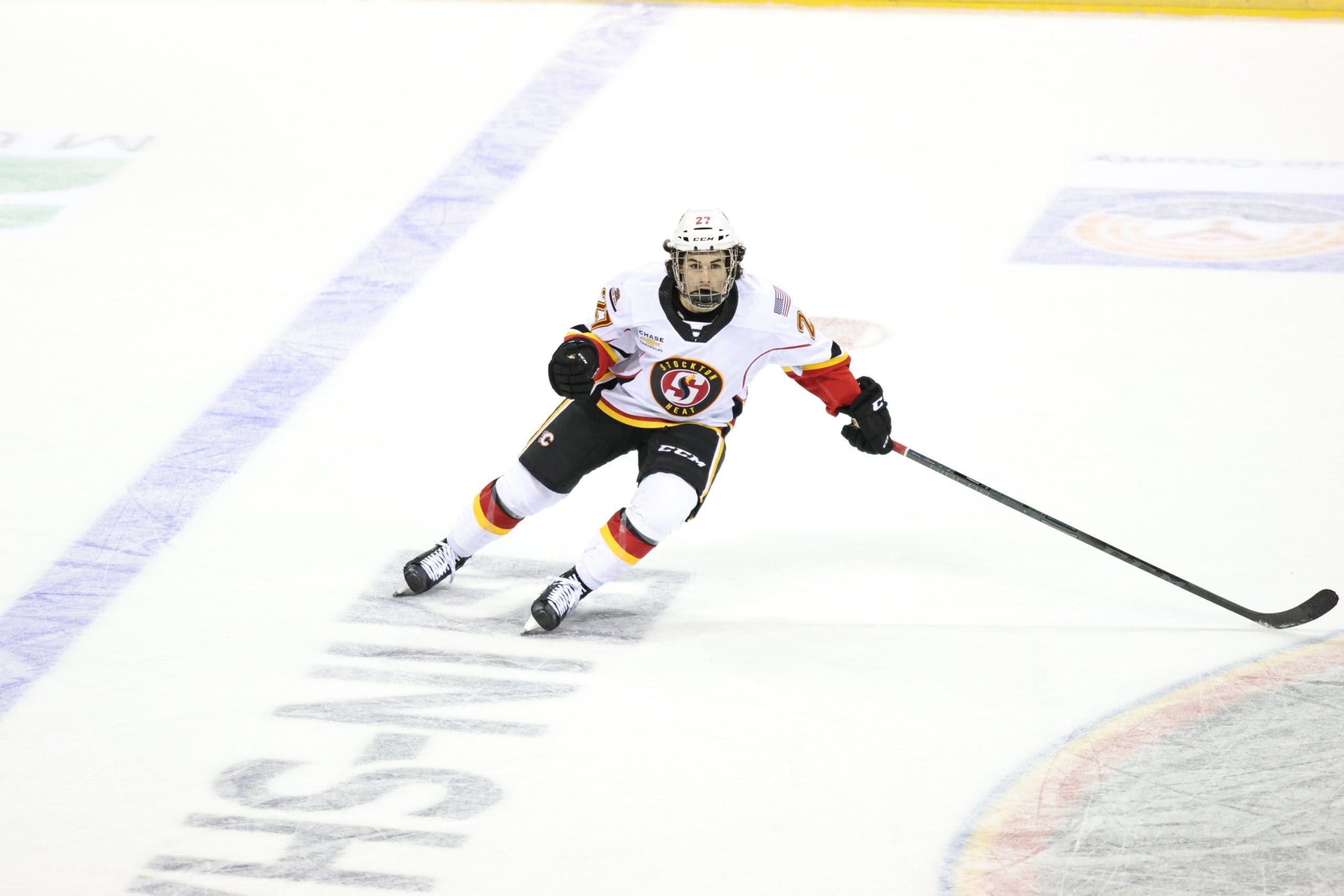 By Mike Gould
6 months ago
Ryan Francis is no longer a Calgary Flames prospect.
The Flames opted against signing Francis prior to 3:00 p.m. MT on Wednesday, meaning their exclusive signing rights to the 2020 fifth-round pick have now expired.
Francis, 20, will be eligible for selection in the upcoming 2022 NHL Draft. He scored 25 goals and 64 points in 54 games with the Saint John Sea Dogs of the Quebec Major Junior Hockey League during the 2021–22 regular season; in four additional AHL games with the Stockton Heat this past year, Francis recorded zero points.
Including Francis, 28 prospects from around the league were not signed by their respective teams prior to Wednesday’s deadline.
The most notable player from that group is Filip Johansson, a 6’1″ right-handed defenceman selected by the Minnesota Wild in the 2018 first round. The Wild will receive a compensatory 2022 second-round pick (No. 56 overall) as a result of them not signing Johansson.
The Flames took Francis 143rd overall in 2020. He had an encouraging 2020–21 season, scoring 16 goals and 50 points in just 32 games split between Saint John and the Cape Breton Eagles, but his production declined on a per-game basis in 2021–22 as he finished third on the Sea Dogs in scoring.
Francis is the first member of the Flames’ 2020 draft class to depart the organization: