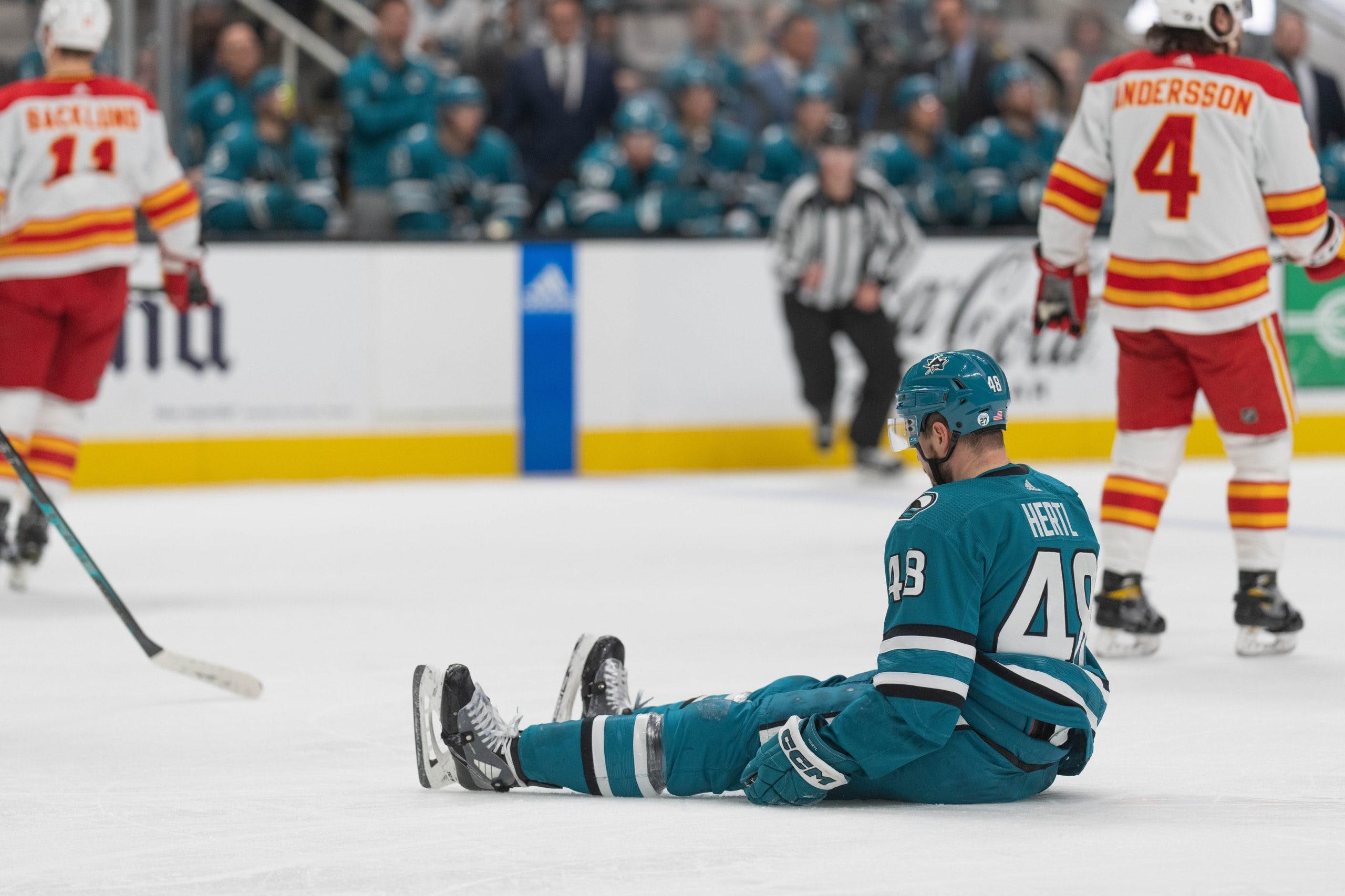 By Ryan Pike
1 month ago
The San Jose Sharks will be without one of their top players for Tuesday night’s rematch against the Calgary Flames at the SAP Center in San Jose. Forward Tomas Hertl has been suspended for two games due to a high-sticking incident involving Flames forward Elias Lindholm.
The incident occurred off the opening face-off in the third period. Lindholm cross-checked Hertl across the hands and forearms, something that wasn’t called a penalty by the officials. Hertl retaliated by whacking Lindholm across the upper chest with the blade of his stick. Hertl’s retaliation was called as a minor penalty by the officials.
In their video, the NHL’s Department of Player Safety cited the retaliatory nature of Hertl’s use of his stick as worthy of supplemental discipline. Hertl will miss San Jose’s games on Tuesday (against Calgary) and Thursday (against Minnesota).
News
Recent articles from Ryan Pike