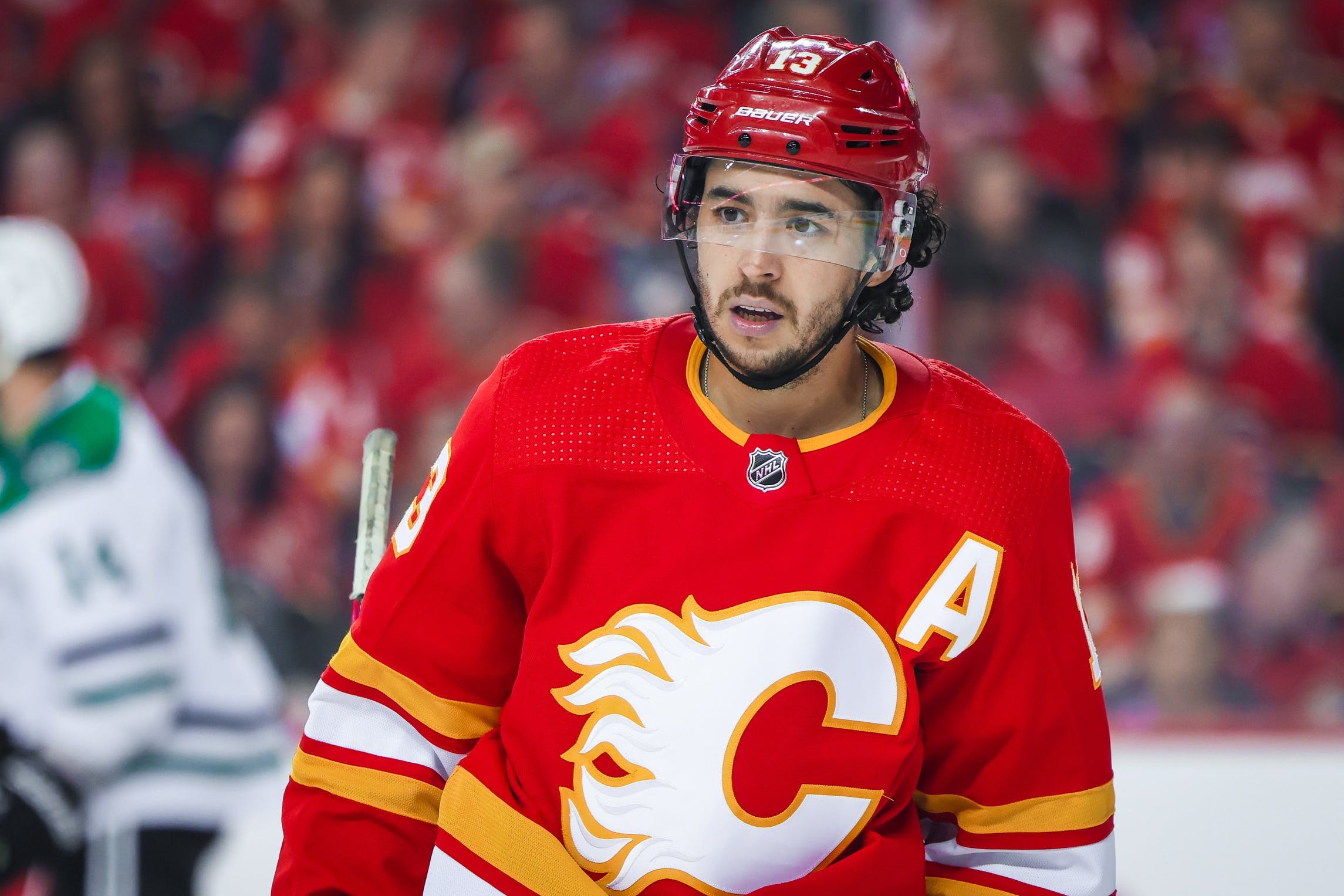 By Ryan Pike
6 months ago
At 10 p.m. MT on Tuesday night, teams lose the ability to offer eight-year deals to their pending unrestricted free agents. First and foremost among all of the potential UFAs league-wide is Calgary Flames winger Johnny Gaudreau, who was tied for second in the National Hockey League in points in 2021-22.
Per Daily Faceoff’s Frank Seravalli via a Twitter update on Sunday evening, there’s been “no traction” in contract talks between the Flames and Gaudreau.
The good news is, per a few sources – notably general manager Brad Treliving when speaking to the media at the NHL Draft in Montreal – Gaudreau’s camp and the Flames have been talking. There’s no freeze-out going on from all indications.
But with 48 hours to go before the Flames lose their opportunity to lock him into an eight-year deal, there’s no deal in place.
The ability to sign an eight-year pact is a pretty big advantage for the Flames relative to the rest of the market. If the Flames were to offer an eight-year deal with a $9.5 million AAV – as has been reported as their initial pitch – that’s $76 million. On a seven-year deal, to match the dollar figure, the AAV would have to jump up to $10.86 million. That’s a hefty difference.
But if that structural advantage is gone, then it’s all about throwing a big dollar figure at Gaudreau and hoping he feels there’s a good foundation built in Calgary and unfinished business left to complete with the Flames.
It’s worth noting, though: Gaudreau agreed to his current deal as a restricted free agent on the final day of 2016’s training camp. Deadlines force decisions, after all, and Gaudreau decided he preferred not to miss games in order to nudge his compensation up a little bit.
Whether to stay in Calgary or play elsewhere is a big decision for Gaudreau, and we’ll see what he’s decided within the next few days.