Series Preview: Wranglers hit the road for cross-divisional matchup against the Moose 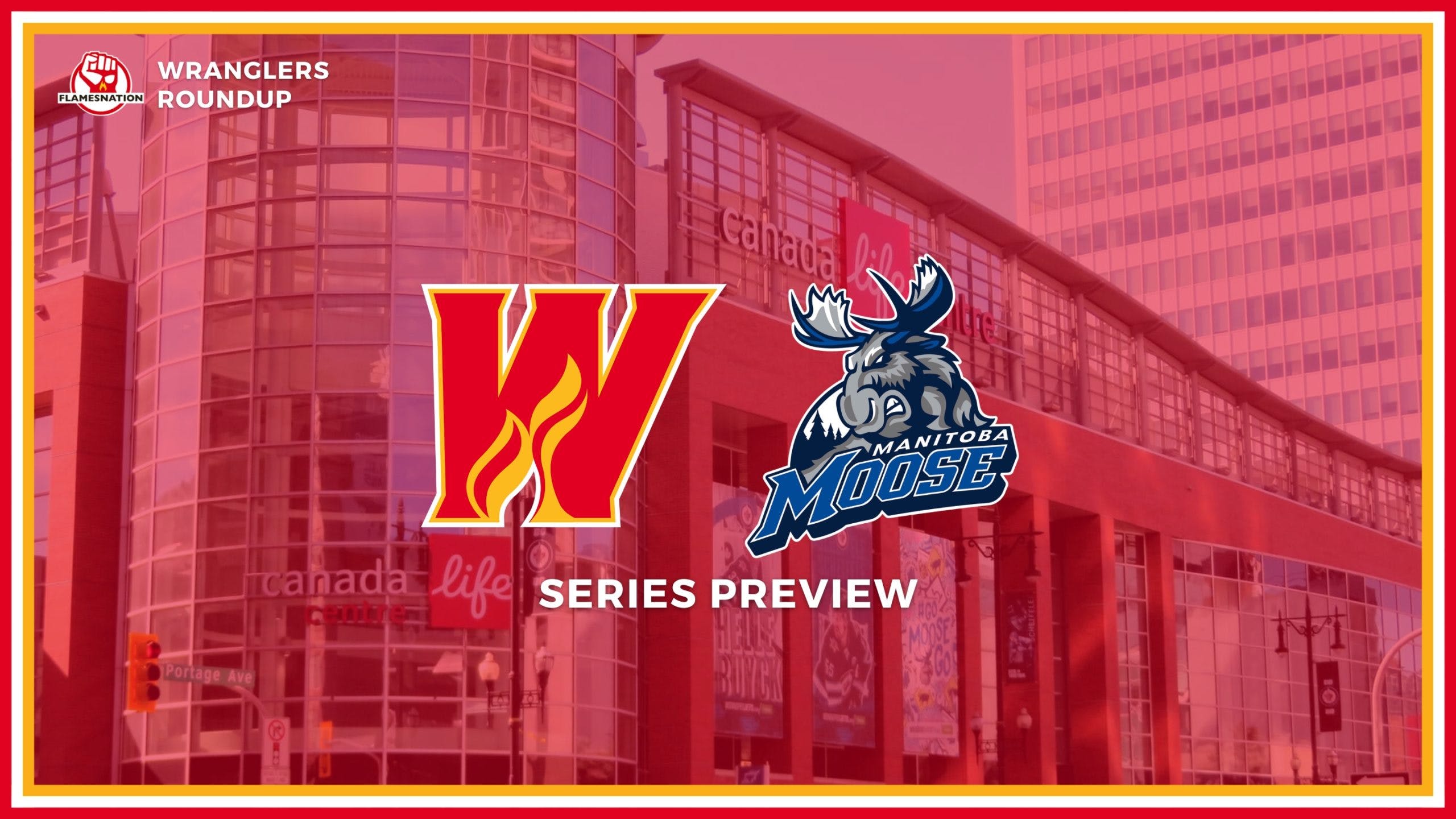 By Paige Siewert
2 months ago
After quite a successful homestand, the Calgary Wranglers are hitting the road for four games. They’ll kick things off against some Canadian opponents, the Manitoba Moose. The Moose are near the top of the Central Division sitting in second place with a 6-2-1-0 record. The Wranglers on the other end, are just starting to turn things around and starting a climb up the Pacific Divison. They sit in the sixth spot in the division with a 5-5-0-0 record. We’ll see how these teams look against each other in this cross-division matchup.

No roster announcements were made previous to the Flames’ game on Thursday night that would prevent certain Wranglers forwards from travelling on this road trip. If nothing else is announced last minute, the same roster as their last game against San Jose is expected.
Matthew Phillips continues to be a player to watch with six goals in the last five games and an active eight-game point streak going into the Manitoba series. He seemed to be a frontrunner for the next possible Flames call-up but that hope is still being delayed for the time being. Prior to the weekend games, he was still leading the league in goals and points.
On the flip side of that, someone that also needs watching is Brett Sutter. He has gone uncharacteristically quiet the last six games after starting the season with six points in the first four games. The effort was there in his last game with a season-high for him in shots with six, but the inaugural Wranglers Captain has not been too noticeable as of late.
In net, Dustin Wolf has looked like his old self again putting up a 24-save shutout in his last game. He’s started the last four games and if nothing changes, he could be starting the next two as well. His stats have levelled out more now as he goes into this series with a 2.69 GAA on the season and a .916 save percentage. Still not exactly where he would like them to be but quite an improvement as of late.
It could be a weekend to pad or hurt their stats with a tough team like Manitoba. With 10 games under their belt, this could be a good challenge for the Wranglers to test the waters and see if they are closer to the team they were last year.  They are currently on a three-game winning streak and looking to make it five in a row by Sunday night. This series kicks off Friday evening at 5:00 p.m. MT and will finish up on Sunday afternoon with an 11:00 a.m. MT start time. Games are available on AHL.TV and FlamesNation’s Mike Gould will have coverage via Twitter.
News
Recent articles from Paige Siewert