Series Preview: Wranglers kick off Homestand against the Roadrunners 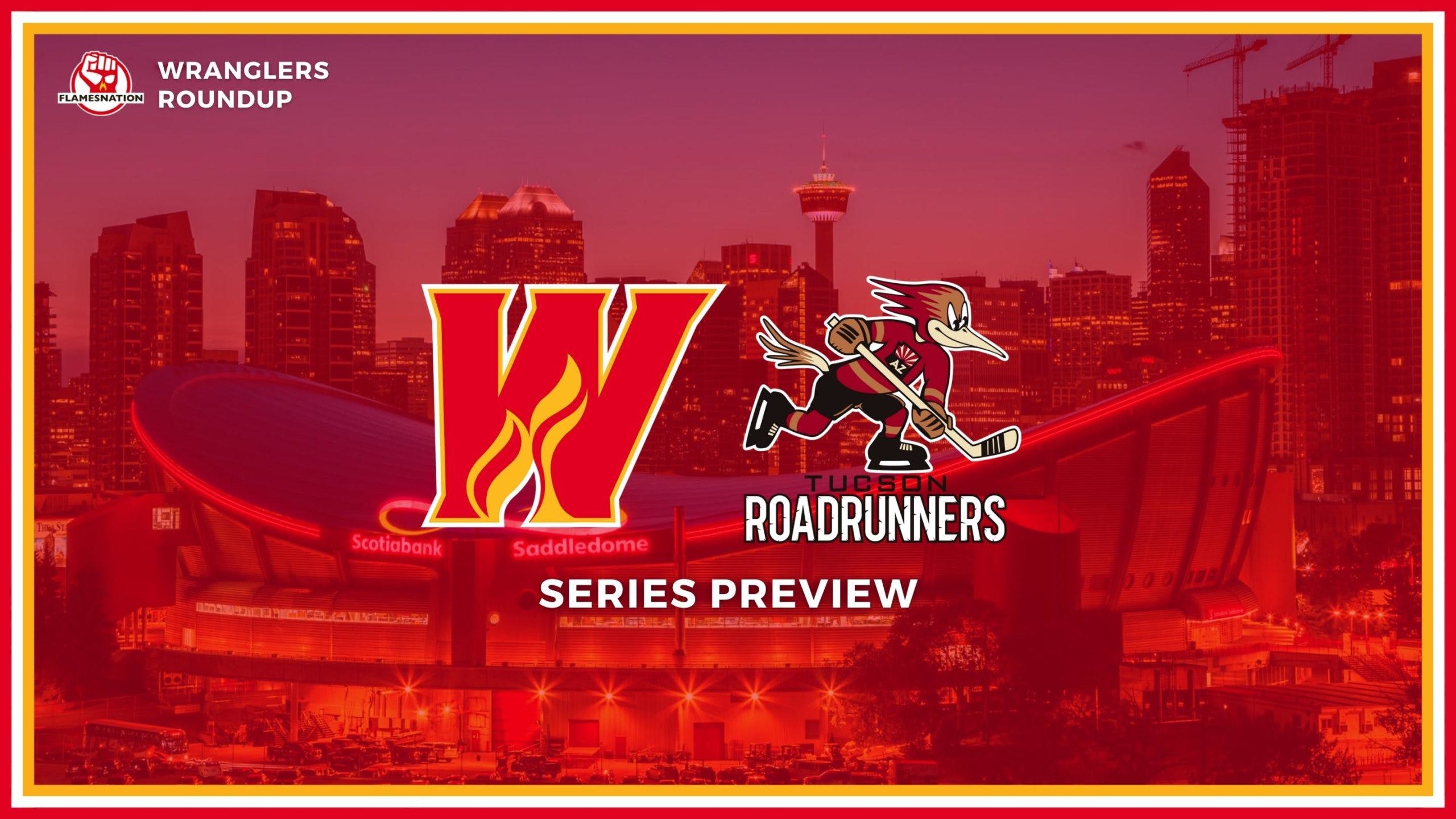 By Paige Siewert
1 month ago
The Calgary Wranglers host the Tucson Roadrunners on Wednesday night and Friday afternoon to kick off the first two games of their four game homestand. They return from their road trip with a 2-2 record and a 4-2 record on the season. This will be their first time facing Tucson this season and this year’s Roadrunners may not be a team they could take as lightly as the Stockton Heat did last year.

The Tucson Roadrunners have gotten off to a very good start this season with a 5-1-0-0 record and a spot at second place in the Pacific Division. Much different from last year when they finished second to last in the division. They come to Calgary on a four game winning streak after sweeping the San Jose Barracuda and Henderson Silver Knights.
The Wranglers, on the other hand, could benefit from stringing together some wins. They finally got over the chase for their first win and now with two on the year, the next goal is some consecutive consistency.
It could be an interesting match-up with former long-time Stockton Heat goaltender Jon Gillies likely getting at least one of the starts between the pipes in this series. Mind you, he is a few years removed from the organization so at this point he would have only played with Matthew Phillips, Alex Gallant and Martin Pospisil in previous seasons.
He will also be more accustomed to playing in the ‘Dome with 12 games registered with the Calgary Flames. Since departing Stockton, he has been making his rounds up and down the ECHL, AHL and NHL. Last season, he made it into 19 games with the New Jersey Devils.
Hopefully, Phillips knows a thing or two about scoring on Gillies because he is a Wrangler to watch in this series. He is on an active four game point streak with six points in Calgary’s last four games. He seemed fired up to play in Calgary for the first two season opening games and the crowd roars for the local standout.
It will be up to the Wranglers to break that streak and start one of their own in these four upcoming games at home. Their Roadrunners series kicks off on Wednesday night at 7:00 p.m. MT and concludes on Friday, where they will have an afternoon puck drop at 1:00 p.m. MT.
Both games can be caught in person at the Scotiabank Saddledome or on AHL.TV with a subscription. FlamesNation contributors Mike Gould and myself, Paige Siewert, will have updates via Twitter.
News
Recent articles from Paige Siewert