Series Preview: Wranglers look to string some wins together against the Barracuda 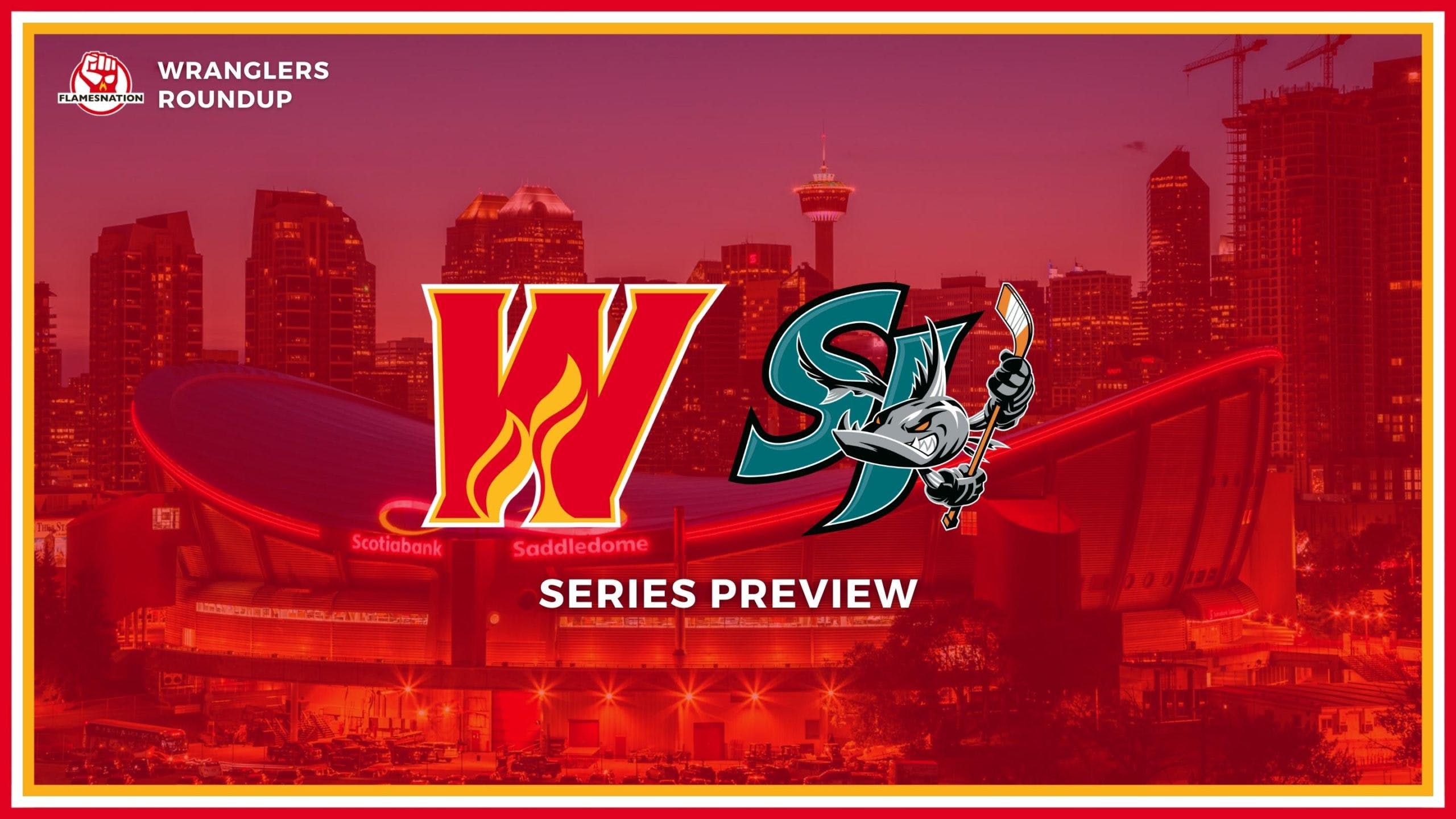 By Paige Siewert
2 months ago
The Calgary Wranglers’ homestand continues with a pair of games against the San Jose Barracuda in the coming days. Their series will kick off on Sunday evening and conclude on Tuesday evening. The home team may be in better spirits with the Wranglers coming off a win but the Barracuda are coming off a three-game losing skid going into these games.

The Barracuda are off to a decent start to their year with a 4-2-0-1 record. With Calgary’s win on Friday, their record is up to 3-5-0-0. Matthew Phillips scored the game-winner on Friday and continues to be a Wrangler to watch with an active six-game point streak.
His line faced a change in their last game with Martin Pospisil absent from the lineup and Radim Zohorna sliding in alongside Phillips and Jakob Pelletier. Unless anything has changed in the last couple of days, the expectation is the same lineup. It was unclear as to if Pospisil’s absence was a healthy scratch with his slow production or due to injury as he is quite prone to them.
The Wranglers are really in need of some even strength and depth scoring. The good news is the Wranglers are third in the league for power play percentage with 28.6%, but the problem is, they rely too much on that for their goal scoring. Even strength scoring continues to be few and far between and something has got to give. It is hard to keep pace with your opponents if you need to wait for the next power play to answer back.
On top of that, no Wranglers players are cracking the top 20 league standings for goals, assists or points which was much less uncommon last year. You can’t expect players to score multiple goals a game and rack up the points in just one game but there has not been a lot of noticeable surges in production among this team. The top scorers are where you would expect them to be on average, but others really need to be doing more for their team.
Walker Duehr got NHL time last year but seems much less impactful this season so far. He sits at two goals and an assist. Martin Pospisil was getting plenty of opportunities and even time on the top line in recent games but only has two points on the season. Finally, not that relying on a defenceman to score is the end all be all of the game, but Jeremie Poirier and Nick DeSimone are the only d-men with points this season. Yan Kuznetsov, Nicolas Meloche, Ilya Solovyov and Dennis Gilbert do not have a single point in 7-8 games between them all.
There hasn’t been much momentum to work off of this season so far so Calgary’s best shot is to continue to build off the positives of their last win and strive for another. You can catch these games at home at the Scotiabank Saddledome or stream on AHL.TV. Myself and Mike Gould will also have live coverage via Twitter. Puck drops are set for 6:00 p.m. MT on Sunday and 7:00 p.m. MT on Tuesday.
News
Recent articles from Paige Siewert