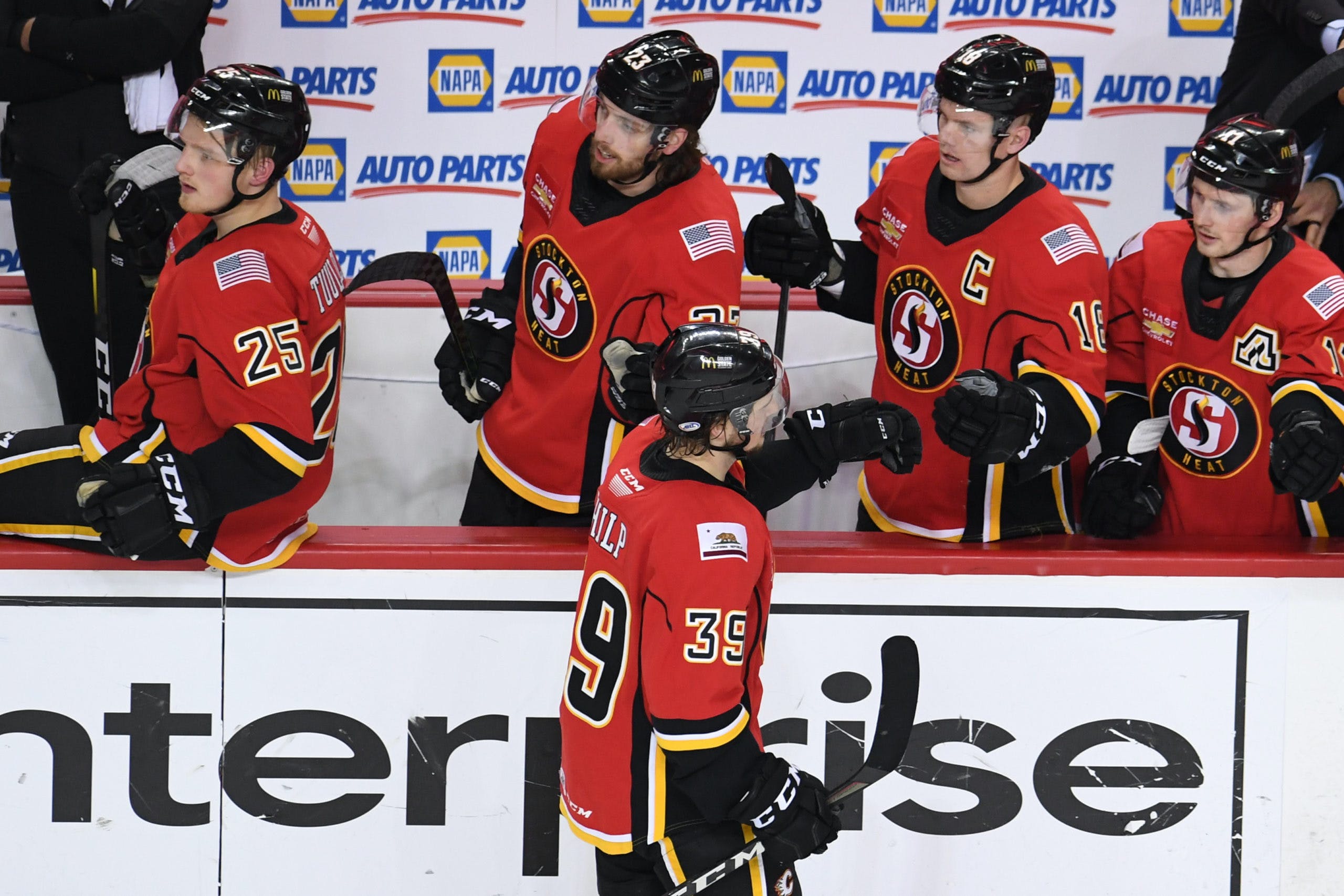 By Paige Siewert
10 months ago
After a stunning 10-3 win against the Colorado Eagles on Saturday night, the Stockton Heat have officially secured a spot in the 2022 Calder Cup Playoffs. They are the first team in the AHL to do so this year after rising to the top of the league early in the season and remaining among the best ever since. This will be the team’s first playoff appearance since the 2016-17 season where they lost to the San Jose Barracuda in the first round.
Their magic number going into Saturday’s game was just one and it has been one for the last three games. In their two previous opportunities to clinch earlier this week, they were unable to make it happen. They fell against the Bakersfield Condors on Wednesday then again against the Colorado Eagles on Friday. Neither of these games was extended past regulation to earn that single point.
In the 52 games they have played this season, they are up to a 36-11-4-1 record and 77 points. Their next closest league contenders are the Chicago Wolves and the Utica Comets.
If the Heat are able to hold at least the top position in the Pacific Division, they will get a first-round bye right to the Division semifinals. According to the AHL’s Calder Cup Playoff Primer, their current opponent would be the winner of the lowest-seeded winner of the first round best of three series in the Pacific Division.
The Heat have been one of the favourites for the Calder Cup all season and have now guaranteed an opportunity to prove if this squad has what it takes to win it all.