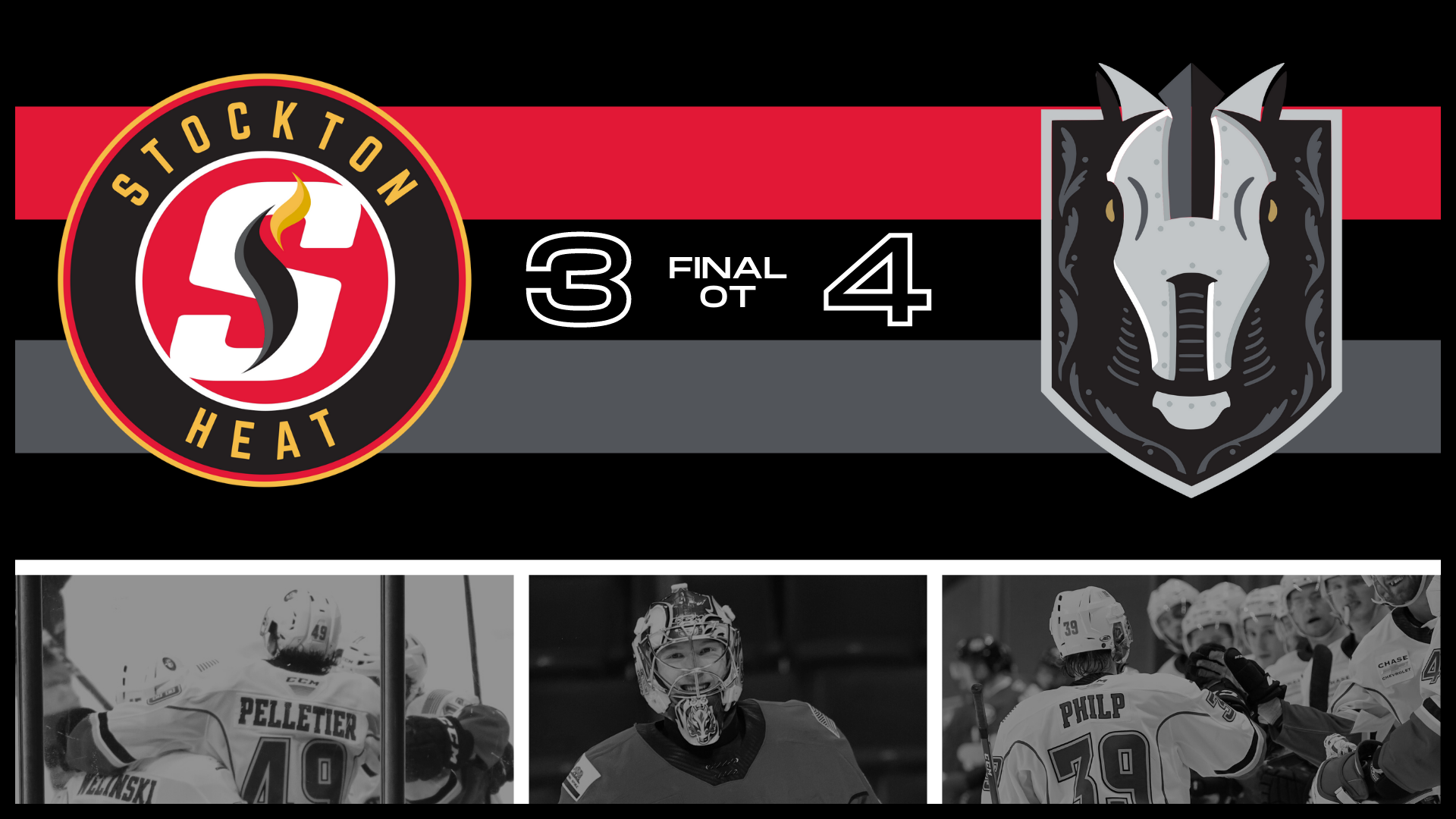 By Paige Siewert
10 months ago
Dustin Wolf and the Stockton Heat were put to the challenge for the second night in a row against the Henderson Silver Knights. After a solid team win on Friday night, the Heat were looking to keep the momentum flowing and bring it into their game on Saturday. While they put up another great effort, they came up short by a final score of 4-3. The game-winner came in overtime so at least they get a point out of it and take three out of a possible four points on the weekend.

Two Heat forwards hit the 10 goal milestone due to their efforts in this game. Guess who they were? Byron Froese and Justin Kirkland. Not only that, the team shared an interesting stat on double-digit scoring that puts them in a league-leading category.
By the end of this game, that list was up to six that included Jakob Pelletier, Matthew Phillips, Adam Ruzicka, Byron Froese, Justin Kirkland and Glenn Gawdin. Here’s what led to the 10 goal milestones in this match-up.
Stockton didn’t waste any time in this game and took advantage of an early opportunity to get up on the scoreboard. They only played 4:29 into the game before they scored their first goal of the night. Bryon Froese was the goal scorer and it so happened to come on the penalty kill. This short handed goal was assisted by Kevin Gravel and Eetu Tuulola. Somehow, on a four on two not in their favour, he still found the back of the net.
About two and a half minutes later, Henderson answered back with a familiar face to the Flames organization picking up the primary assist on the opening Silver Knights goal. None other than Alan Quine. That didn’t last long as exactly four minutes later, Martin Pospisil lit the lamp with helpers going to Emilio Pettersen and Connor Mackey.
The second period also brought a quick scoring start with Justin Kirkland adding another number to his goal stat that officially put him at the highest number of goals he has scored in a professional season. The last time he scored over nine goals was in his WHL days. His goal came at 3:19 and was assisted by Luke Philp and once again, Mackey, who is now up to 16 assists on the season.
Before the period came to an end, there was quite a flair up with a minute to go in the second. Martin Pospisil clipped Henderson goaltender Jiri Patera down low and it caused quite a reaction out of the Henderson skaters. Between a fight involving Pospisil and another fight down the ice with Connor Mackey, both left the ice and racked up 22 penalty minutes in total.
After the tensions settled down a bit, the Heat went into the second intermission with a semi-comfortable 3-1 lead but could not hang on long enough to close out the game in regulation. The Silver Knights scored a pair of goals at 8:07 and 13:07 into the third giving Henderson forward, Sven Baertschi a two goal night.
They played most of overtime but with 35 seconds to go, Dustin Wolf got beat on a quick shot on his blocker side. A close game that only had one goal and a one shot advantage for the Silver Knights, but was just enough to win this one.

Until they meet again

It’s going to be quite some time before these two take the ice against each other again. After playing each other three times this month, they will go almost three months before their next match-up. By then, both these teams should have a pretty good idea who is in and who is out of playoffs. Henderson is about the middle of the pack when it comes to the Pacific Division standings, but as the season goes on, they could very well turn into an underdog team that will be fighting for a playoff spot come April.
These teams will have to wait until Apr. 13, where they will play three games against each other in just four days. Could be interesting hockey by that point.

A little time to rest

The Heat now go into a bye week and will not play again until Sat., Jan. 29. They will host their last game of the homestand against the Ontario Reign before they hit the road to visit the Abbotsford Canucks the first week of February. Puck drop against the Reign will be at 7:00 p.m. MT.