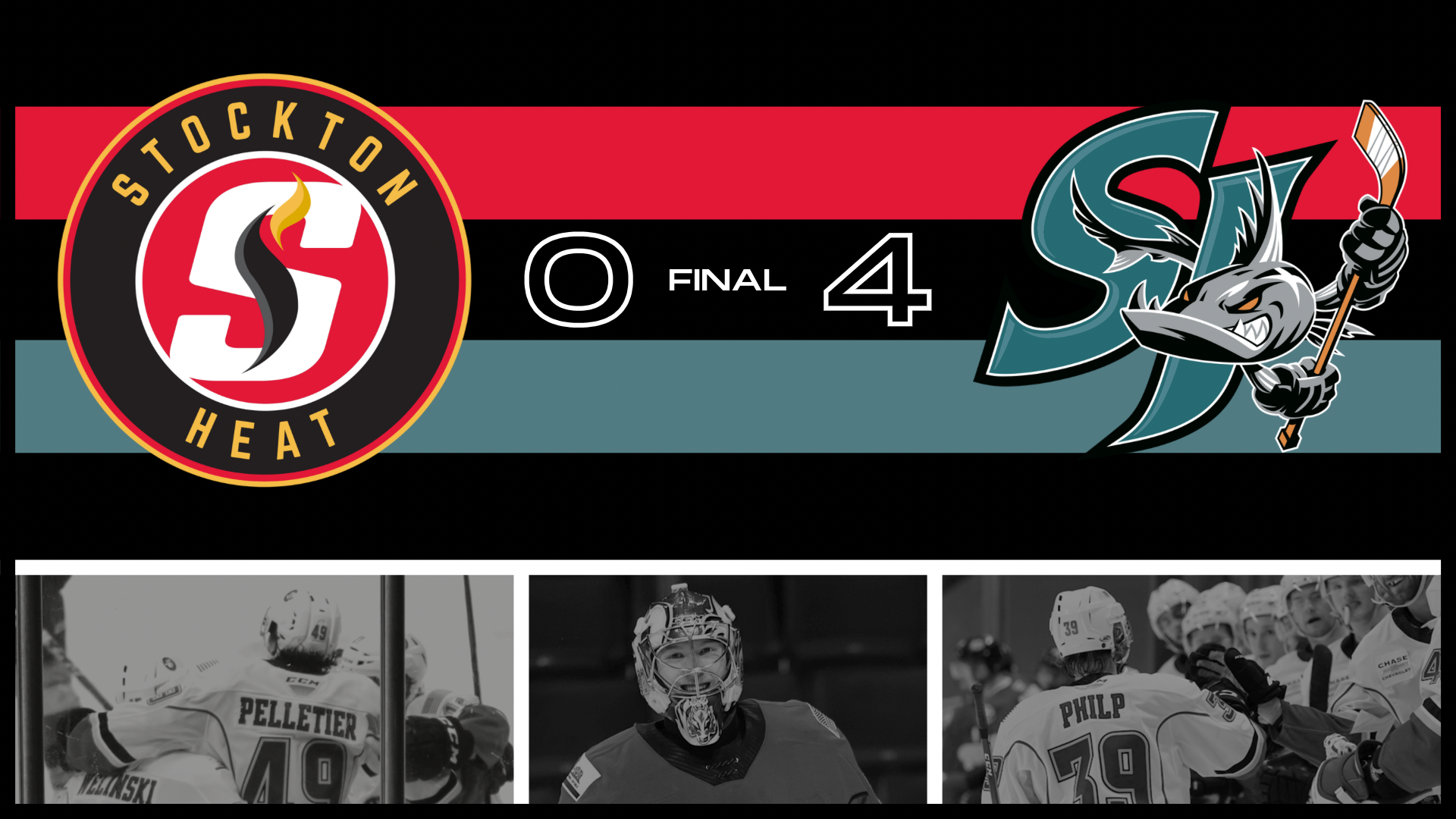 By Paige Siewert
11 months ago
After two Covid-related postponements, the Stockton Heat finally got back on the ice to face the San Jose Barracuda for a New Year’s Eve afternoon game. It didn’t end up going the way they would have liked it to as they were shutout in their own building. Nonetheless, they will have another opportunity for redemption on Sunday for the back half of their San Jose series.

The Heat didn’t give them much of a chance in this one as none of their skaters were able to find the back of the net. There was no scoring through 20 minutes of play. It wasn’t until the second period when two Barracuda players beat Andrew Shortridge to take a 2-0 lead through the two periods.
The Barracuda continued to put up goals in the third, beating Shortridge twice more. It wasn’t for lack of trying, however. The Heat still out-shot their opponents 30-26 and they have done a lot more with a lot less in the past. Especially quite a turnaround from the last time they played San Jose, which resulted in an astounding 10-1 Heat victory.
On a good note, however, Connor Zary lead the team in shots in this game with six. Connor Mackey and Luke Philp were behind him in recorded shots in this match-up with three each. Let’s hope more of those shots beat their opposing goaltender in their next game.

The Heat weren’t exactly at their full potential in this game as they are still missing some key players. Dustin Wolf was called away on Thursday night to back up Jacob Markström in Seattle and was sent back to Stockton on Friday. He did not make it back in time to join the team as the goalies that dressed for the Heat were Andrew Shortridge and Daniil Chechelev. Shortridge ended up getting the start for his first Heat appearance of the season. It was best fitted against his former team as he actually played for the Barracuda in the 2018-19 and 2019-20 seasons.
Adam Ruzicka and Byron Froese are still up with the Flames as Froese has already been designated for the taxi squad. Froese hasn’t played a game with the Heat since Dec. 7 and Ruzicka hasn’t played a game with the Heat since Nov. 22.
On top of that, there were also some announcements prior to the game regarding Heat players in Covid protocol. The timeline for their return is uncertain at this point.

This was one of those games that you would like to have a short memory about. The Heat did not do what they needed to in this game and the score speaks for itself. A genuine cause for concern would happen if this trend continues. With the way their season has been going, the Heat can afford a few off games here and there.
The back half of this Barracuda series will take place on Sunday afternoon at 2:00 pm MT. Wolf may be back in town to get the start otherwise we may be seeing the same goaltending duo for Sunday’s game.