By Pat Steinberg
11 months ago
We’re three weeks from the 2022 trade deadline and the Flames are in a good spot. They’re virtually 100% to make the playoffs according to every projection model and they’ve already made a significant addition in Tyler Toffoli. Better positioned to make a deep run than they have been in years, I believe the Flames are looking at further ways to upgrade. There’s a lot to evaluate in the next three weeks.
“We’re going to watch,” general manager Brad Treliving told me two weeks ago when Calgary acquired Toffoli. “We’ve got to be careful of just adding to add. I would tell you this: if we can add something to help our team, we’re going to keep working here. We’re going to keep in touch and watch the games and see if there’s other ways to help us.”
I take the GM at face value here. Treliving knows the time is now to maximize his team’s window and has publicly stated as much. Does that mean making another deal or two at all costs? No, of course not. But it does mean evaluating the Flames with a critical eye for the next few weeks.

Timing and the cap

With Calgary’s current cap situation, it seems likely Treliving would wait until close to the Mar. 21 deadline to make any further moves. The longer the Flames wait, the more space they accrue; CapFriendly projects them at just over $870,000 of cap room on deadline day.
That number could change slightly depending on other factors like recalls/assignments and injuries. But, like most playoff-bound teams, Calgary will have limited financial flexibility to make a deadline addition without getting creative with the cap. As it is, the Flames included Tyler Pitlick in the Toffoli trade to help make the math work, and that was when they had more breathing room.
That’s not to say Calgary’s cap situation is going to prove prohibitive. It just means the Flames would be best served accruing as much space as possible. 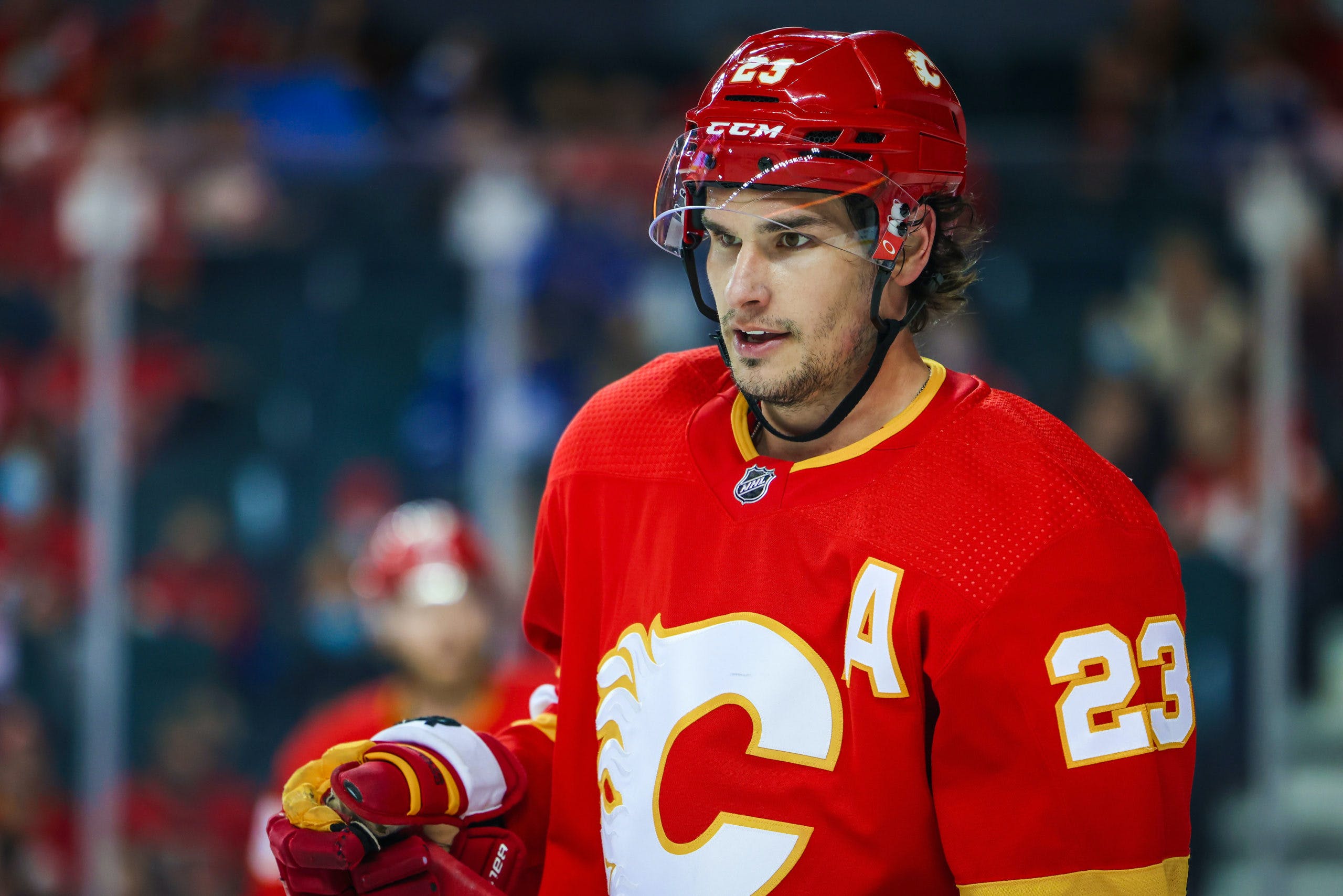 Head coach Darryl Sutter has been adamant he’s looking for more consistent play down the middle, even during his team’s 13-2-0 run over the last 15 games. The one thing Toffoli’s addition didn’t address was Calgary’s centre depth and that’s the area I’m watching closest over the next few weeks.
Encouragingly, the play of Mikael Backlund has taken a significant step forward. His line with Andrew Mangiapane and Blake Coleman has solidified the top six and trimmed what was a sizable gap between Elias Lindholm and everyone else. Since the Mangiapane-Backlund-Coleman line was put back together on January 18th, they’ve been dominant at five-on-five, per Natural Stat Trick.
The Flames are in much better shape if Backlund and his line continue playing the way have the last six weeks. The bigger question is if Calgary is properly slotted for playoff success with a combination of Sean Monahan, Adam Ruzicka, and Brad Richardson as their third and fourth centres.
Thus far, the trio of Monahan, Toffoli, and Milan Lucic hasn’t lit the world on fire in three games together, although they were better Saturday vs. Minnesota. While Monahan’s game has improved since the calendar flipped to 2022, it’s not unfair to suggest the Flames should at least be considering chasing a better fit at 3C.
Both Seattle’s Calle Jarnkrok and Winnipeg’s Andrew Copp come to mind as potential avenues Calgary could explore. With cap hits of $2 million and $3.64 million, respectively, the Flames could work either player into their cap structure easier than higher profile names like Tomas Hertl and Claude Giroux.
Copp and Jarnkrok are pending UFAs and would likely be pure rentals, but that might not be the worst thing for the Flames knowing what looms this summer with expiring contracts. Furthermore, both players have history being flexed to the wing, which is a nice option to have if, say, Monahan solidifies his spot between now and the playoffs.

Calgary has every reason to be comfortable with their current top six on defence. The pairings of Hanifin-Andersson, Kylington-Tanev, and Zadorov-Gudbranson have been strong in their roles and there doesn’t seem to be a ton of urgency to upgrade on any of the blueline regulars.
Barring a long-term injury, the Flames are reportedly more interested in a “depth addition” on defence, which makes sense. It’s rare to go on a long playoff run with the same six defencemen, so another body with NHL experience is a sensible addition. It’s also something Treliving has targeted on every playoff team he’s had since taking the reins.
I know some bristle at the idea of adding another d-man with Stone, Juuso Valimaki, and Connor Mackey already existing as options. But adding another blueliners isn’t an “instead of” move, it’s an “in addition to” transaction. The more bodies the better and having a mix of youth and experience is smart depending on what each situation calls for.
As far as names, Brett Kulak (Montreal), Robert Hagg (Buffalo), and Dean Kukan (Columbus) are viable options and fit a certain set of criteria. They are all pending UFAs, count less than $2 million against the cap, would be relatively inexpensive to acquire, and would be fine sitting in the press box for extended stretches.