The Calgary Flames have two years to win a Stanley Cup 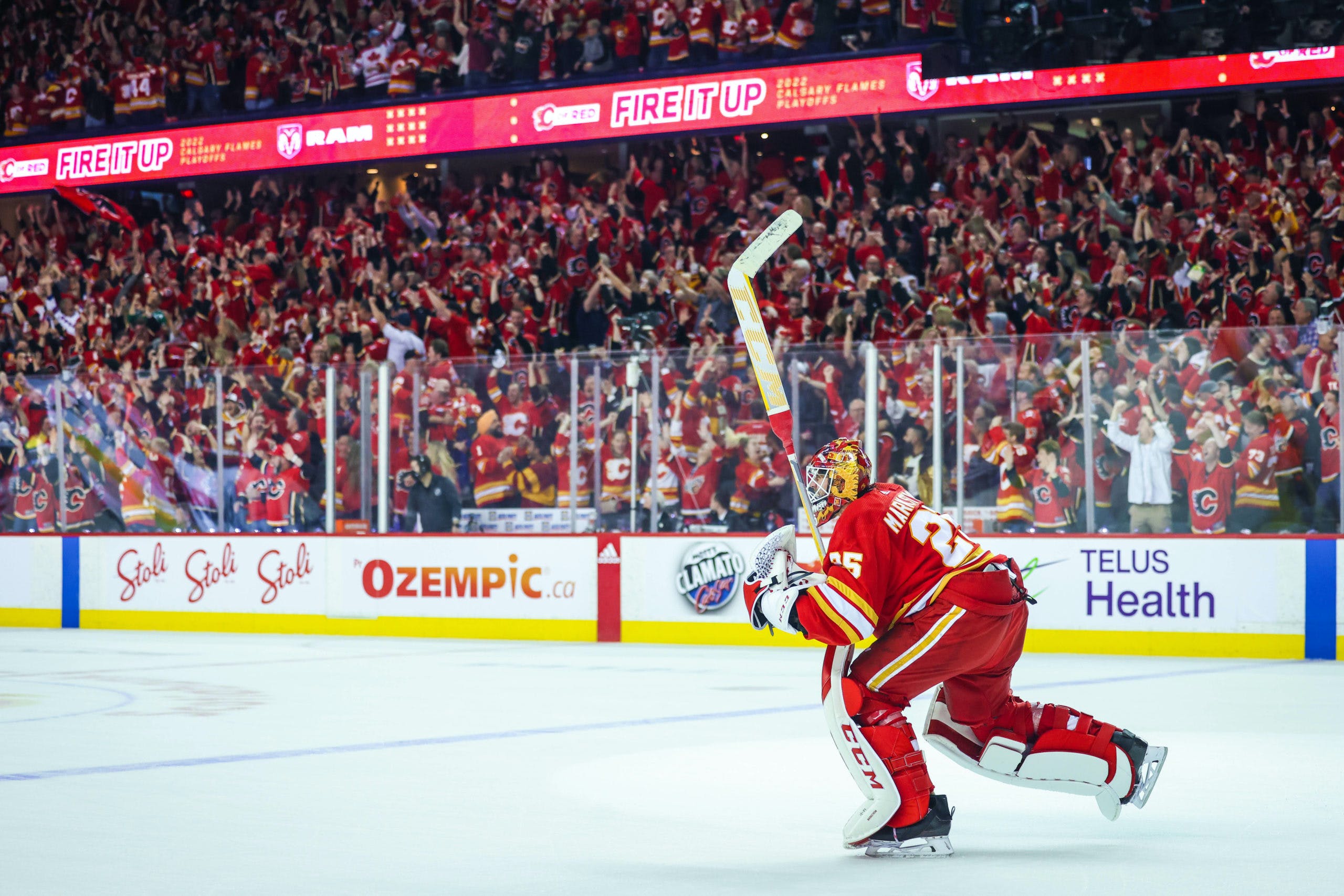 By Robert Munnich
4 months ago
It’s safe to say that this is the best roster on paper and the best chance at winning the Stanley Cup the Calgary Flames have had since the early 1990s. Fans should be very excited for this season.
The Flames have all the components necessary to win now; an elite coach, a Vezina caliber goal, deep blueline with high end talent, and outstanding center depth. But this is not going to last a long time. The Flames have two years to get the job done.
Here’s why.

The Flames are incredibly lucky to have Darryl Sutter behind the bench running the show. Sutter is arguably the best coach in hockey right now. He knows how to get the most out of his players. And he knows what it takes to win in the playoffs. He is the best coach the Flames organization has had since he stepped down from behind the bench in 2006.
This is pure speculation on my part, but you have to think that Sutter is not going to want to coach much longer. He is 64 years old. He has a huge ranch he needs to look after in Viking, Alberta. And based on his comments from a Flames TV recent trip to his ranch, he looks very content and happy to be at the farm around his family and friends. How much longer does he want to go through the rigors of an NHL season? Especially at his age and with the amount of stress he puts on himself when coaching.
The Flames will likely not find another coach like Darryl Sutter. They don’t grow on trees. It’s going to be key that this roster takes advantage of his coaching genius while they can.

The Flames have a core group of players who are near the end of their prime performing years right now. They have to take advantage of the age of their core group before some of them inevitably start to hit their decline in the near future.
Here are a couple great articles by @EvolvingWild from Evolving Hockey and Hockey Graphs about aging curves:
A New Look at Aging Curves for NHL Skaters (part 1)
The key figure to take from those articles is that players hit their prime around 23-25 years old, and then has a major dip in quality of play around age 31 for the majority of NHL players.
(**Assuming MacKenzie Weegar, Elias Lindholm and Noah Hanifin sign 7-8 year contract extensions)
That is a lot of term and money to be giving their players going into their early to mid 30s. How often do contracts like that truly work for players in that age range? And this list does not include key players already in their 30s like Tanev, Backlund and Toffoli because their contracts expire in two years.
The Flames already have an older, veteran team. And they are going to continue to age in an NHL that keeps getting younger and faster. You can’t rely on players breaking the NHL age curve like Mark Giordano did. Giordano and the few others like him are the exception, not the rule.

Over the next two seasons, over half of the players’ contracts will be expiring.
All information is courtesy of PuckPedia:
(I excluded MacKenzie Weegar as reports indicate he will likely sign a long-term extension soon)
That list could be even longer if the Flames decide to sign their PTOs Cody Eakin, Sonny Milano, and Michael Stone. That is a ton of potential, roster turnover. Replacing players like this in a flat cap world over the next two off-season’s will be an incredibly difficult task for the Flames. The Flames will have to make tough decisions on who to keep, who to trade, and who to let walk to unrestricted free agency.
Players like Lindholm, Hanifin, Kylington, Dube, and Ruzicka will all look for an increase in salary in a cap system that looks like it won’t increase significantly until either 2024 or 2025.
Tanev, Backlund, and Toffoli will all be 32-35 years old. The Flames can’t afford to lose all three to unrestricted free agency for nothing. They might want to look at trading one or two of them for assets next offseason.
Finally, you have your bottom of the roster players like Zadorov, Rooney, Ritchie, Lewis, and Lucic that you’re going to have to replace either with prospects, free agent signings, or trades.

Lack of prospects and expiring contracts go hand in hand. You would hope that the Flames would be able to replace a lot of the players whose contracts are expiring within the next two seasons. Unfortunately, the Flames prospect system is lacking in high end talent that can make immediate, big time impact on the roster.
They are good in goal with AHL Goalie of the Year Dustin Wolf.
The defence group is the weakest position group among Flames prospects. Juuso Valimaki’ s play has declined rapidly over the last two seasons. Connor Mackey is 26 and likely maxes out as a #6 defenseman. And then you have a group of players who are wildcards like Jeremie Poirier, Yan Kuznetsov, Ilya Solovyov, Cole Jordan, Cameron Whynot, and Jake Boltmann. Non of them have shown they’re ready to be a top 4 NHL defenseman in two seasons. One or two of those players are going to have to step up and be NHL defencemen within the next 3-4 years.
Up front the Flames lack forwards with top six upside. Matt Coronato is the Flames best forward prospect and I expect him to be a good NHL player. But it might take him a few years to get to playing at a top six caliber in the NHL.
Jakob Pelletier and Connor Zary still have some developing to do before they can be considered being impactful NHL players. And then you have a large group of forward prospects who are wild cards or look like they max out as a bottom six option like Adam Ruzicka, Cole Schwindt, Rory Kerins, Martin Pospisil, Jack Beck, William Stromgren, Walker Duehr, Emilio Pettersen, Josh Nodler, Adam Klapka, and Topi Ronni.  I just don’t see many prospects in that group becoming big time difference makers at the NHL level.
It’s going to be imperative for the Flames to take advantage of this short window of opportunity to win a Stanley Cup. After the next two seasons the core is going to start to age, half the contracts on the team will be expiring, they likely won’t have a large group of prospects ready to take on large responsibilities in the lineup, and Darryl Sutter may retire and head back to the farm.
Calgary will probably still be a competitive team past the 2023-24 season, but likely won’t be at the elite, Stanley Cup caliber team that they are today.
I would recommend Flames fans do everything they can to enjoy the next two seasons. The team is going to be really good and likely go on a deep playoff run or two. But after that, who knows what this team is going to look like?