The Flames need to change their fortunes at Rogers Place 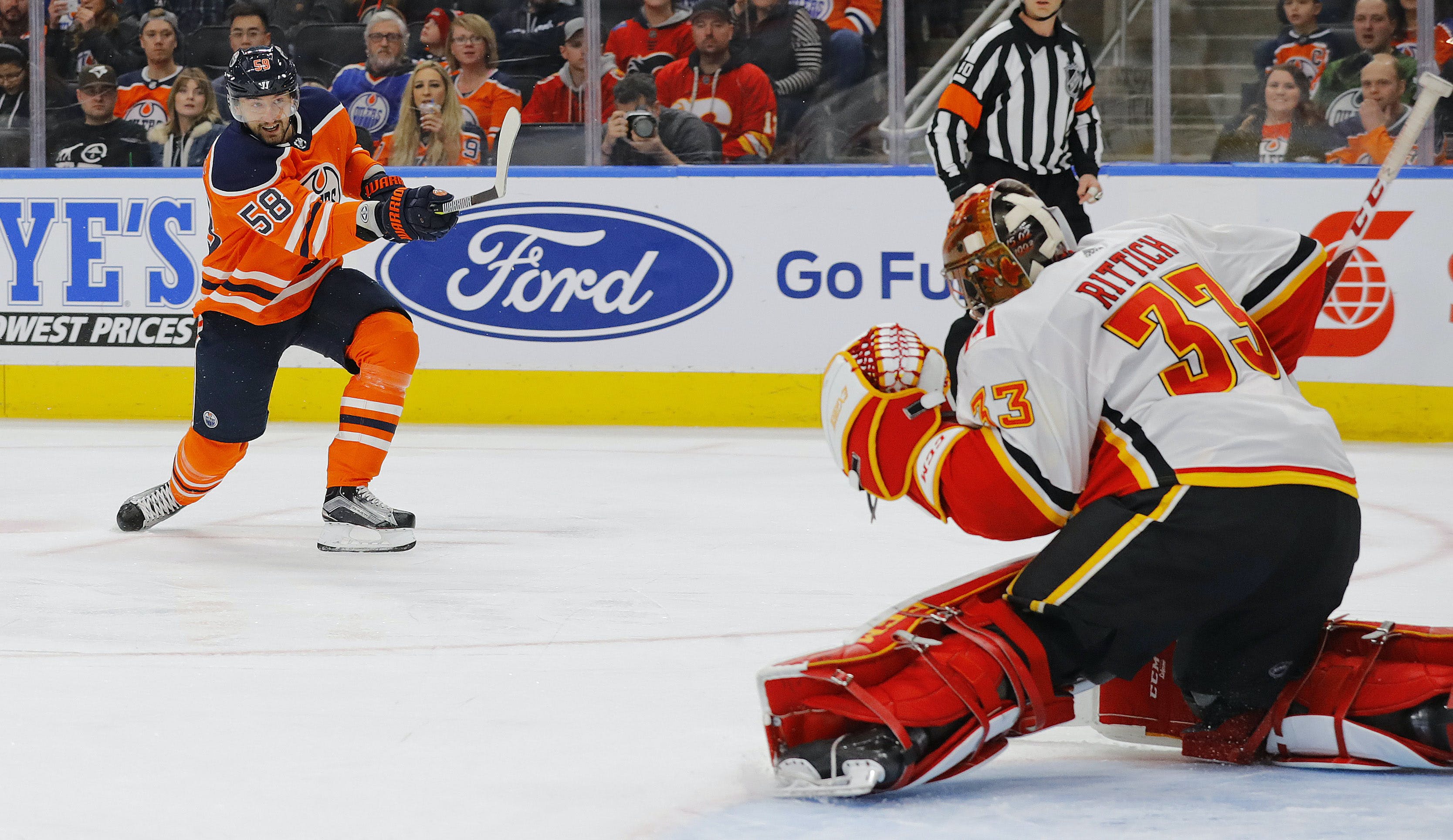 By Ryan Pike
8 months ago
After splitting a pair of games at the NHL’s second-oldest arena, the Scotiabank Saddledome, the best-of-seven series between the Calgary Flames and the Edmonton Oilers now shifts to Rogers Place, one of the NHL’s newest venues.
While the Flames have been a very strong road team over the past several seasons, they need to change their fortunes at Rogers Place to have success in these playoffs – they have one of their worst records there among all the road buildings in the NHL.
Rogers Place opened to begin the 2016-17 season and the Oilers have had Connor McDavid on their roster for that entire span, meaning whenever they’ve played in Rogers Place (aside from a few injury absences) that hockey club has had the ability to use McDavid in their preferred deployments.
Weirdly, the Flames actually have a high home ice points percentage than Edmonton since Rogers Place opened, but it probably took awhile for the Oilers brass to build a team around McDavid.
Since Rogers Place opened, the Flames have been equal parts streaky and unsuccessful in that building during the regular season:
All-told, the Flames are 4-9-2 at Rogers Place, capturing a third of the available points, and being out-scored 49-35. Among Western Conference teams, only Los Angeles (.227) have fared worse than Calgary at Rogers Place.
(Heck, even when you factor in the 2020 Bubble Playoffs against Winnipeg and Dallas at Rogers Place, the Flames improve to a fairly unimpressive 9-14-2.)
Since Rogers Place opened, the Flames have been a horror show at Vegas’ T-Mobile Arena – “The House Always Wins” – but otherwise have been pretty good at most other NHL buildings, playing within a game or two of .500 in most of them.
Collectively, the Flames are the NHL’s sixth-best road team since 2016-17, posting a .574 points percentage. This season, only Washington captured more points away from home than the Flames: Calgary’s 54 points (.659) was tied with Florida and Carolina for second-best, and was tops in the Western Conference. They just haven’t translated that success to their trips to Edmonton.
The House That Connor Built has been a house of pain for the Flames over the past six seasons. If they want to return home to the Saddledome for Game 5 with a chance to prolong (or even win) the series, they will need to find a way to flip the script at Rogers Place and find ways to win in a place where that’s been a big challenge for them.