The Flames should not attempt to trade for Oliver Ekman-Larsson 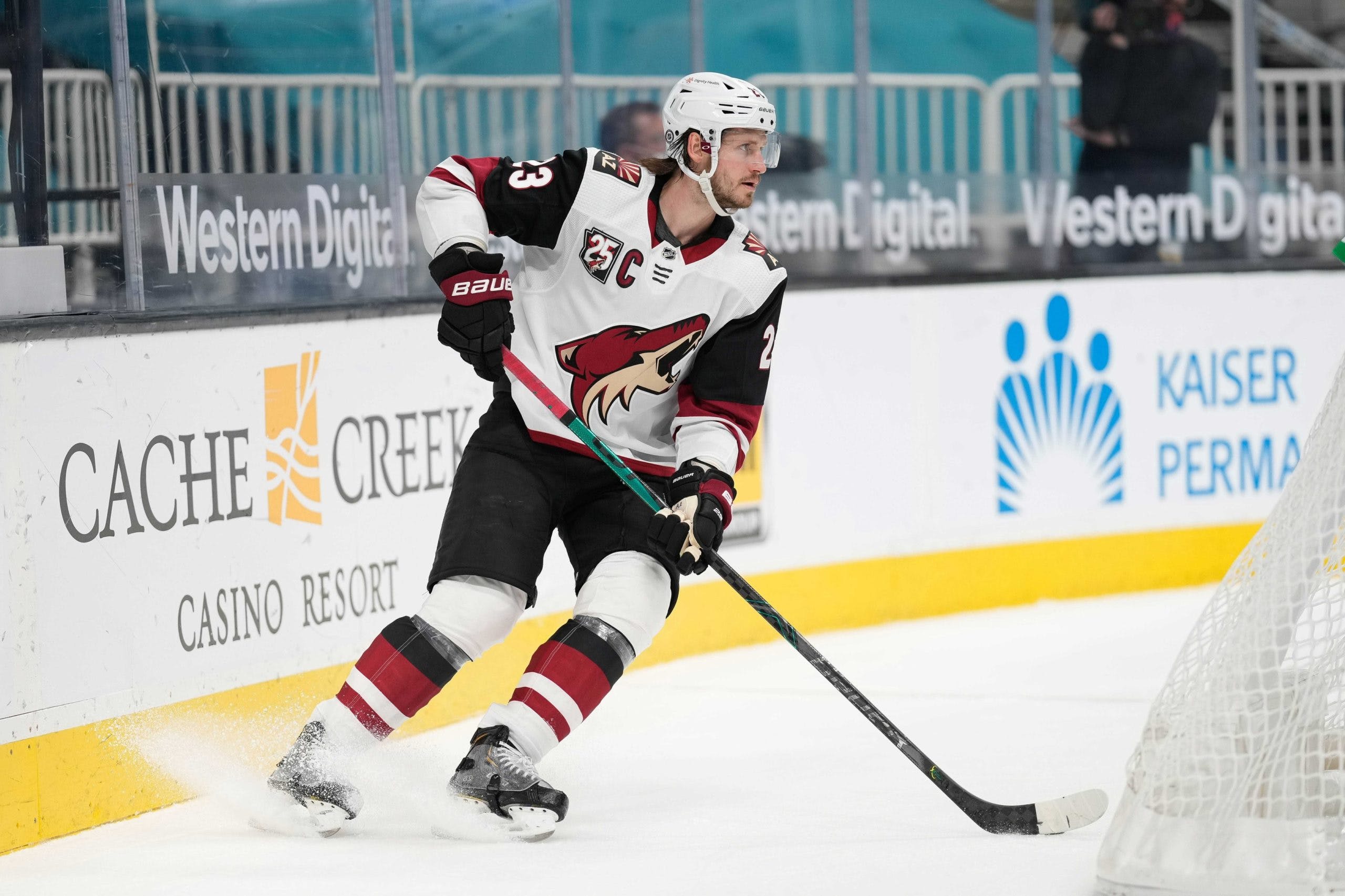 By Mike Gould
1 year ago
For the second off-season in a row, the Arizona Coyotes are reportedly shopping defenseman Oliver Ekman-Larsson.
Sportsnet insider Elliotte Friedman reported the latest on the Ekman-Larsson situation on the “Headlines” segment during Saturday’s broadcast of Hockey Night in Canada:

Ekman-Larsson, 29, is a left-handed rearguard who has captained the Coyotes since 2018. He has a full no-movement clause and six years remaining on a contract paying him an annual average of $8.25 million.
The Flames are a team with multiple question marks on their left defensive side. Noah Hanifin had a successful year but suffered a season-ending shoulder injury requiring surgery. Juuso Valimaki returned to the Flames after a full season on injured reserve and looked very much like a 22-year-old defenseman. Connor Mackey has just six NHL games to his credit.
Then there’s Mark Giordano. The Flames’ captain will turn 38 in October and has just one year remaining on a contract paying him $6.75 million per year. It also looks like he might be made available to the Seattle Kraken in next month’s expansion draft.
If Seattle selects Giordano, the Flames will surely need to replace him. Would Ekman-Larsson make sense as a potential target?

Oliver Ekman-Larsson scored three goals and 24 points in 46 games last season; however, 14 of those points came on the power play. That’s right: OEL managed only one goal and 10 points at 5-on-5 all year despite averaging 16:01 per game at even strength, the third-most on the Coyotes.
Ekman-Larsson — widely considered an offensive defenseman, remember — was one of the most inefficient scorers on the Coyotes last season, managing just 0.73 points-per-60 at even strength in the 2020–21 campaign. Only four other Coyotes (min. 15 GP) scored less frequently, with notorious defence-only blueliner Niklas Hjalmarsson slotting in just two spots behind OEL.
As usual, Hjalmarsson made up for his offensive deficiencies by remaining a stalwart in his own end. He led the 2020–21 Coyotes with 5.2 defensive expected goals above replacement at even strength (according to Evolving-Hockey).
In that respect, how did Ekman-Larsson fare? In addition to providing the fourth-fewest offensive xGAR at 5-on-5, he was the Coyotes’ third-worst defensive play-driver. Ekman-Larsson finished ahead of only Drake Caggiula and the incomparable Phil Kessel on the Coyotes’ defensive xGAR leaderboard, contributing negative-2.0 expected goals above replacement in his own end at even-strength.
OEL’s 2020–21 season represented the nadir — to this point — for a player in the midst of a significant decline in play and results at both ends of the ice.
A selection of Oliver Ekman-Larsson’s play-driving figures with the Coyotes (data from Natural Stat Trick, all 5v5)
Note: In the second-last column, a positive number indicates the Coyotes had better offensive results with Ekman-Larsson on the ice than without him. In the last column on the right, a negative number indicates the Coyotes allowed fewer chances with Ekman-Larsson on the ice than without him.
More of Oliver Ekman-Larsson’s play-driving figures with the Coyotes (data from Hockey-Reference and NST)
With Ekman-Larsson on the ice at 5-on-5, the Coyotes were outscored 38-24 and mustered a pitiful 42.02 expected goals percentage. For reference, the Coyotes typically controlled 48.56% of all expected goals at even-strength in 2020–21.
OEL fared poorly against relatively weak opponents. Analytics writer JFresh posted his assessment of Ekman-Larsson on Twitter late Saturday night; he determined the average quality of Ekman-Larsson’s competition ranked at the 47th percentile of talent, leaguewide.
Ekman-Larsson appeared to be fully cognizant of his own struggles during the 2020–21 season, frequently using media conferences to express frustration with his level of play.
Ekman-Larsson could likely use a change of scenery. Regardless, the Flames — like most teams — are hardly in a position to add an $8.25 million annual cap hit to their books for the next six years. Such a move would require the team to free up a boatload of space and drastically reshape their salary structure.
OEL, at his current level of play, is almost assuredly not worth that effort. While he remains a smooth skater with undeniable offensive instincts, his results have been waning for years and took a dramatic nosedive in 2020–21.
The Coyotes will likely need to package some extremely valuable assets along with Ekman-Larsson to have any chance of trading him. However, Arizona has no first-round pick this season and its prospect cupboards are relatively bare after a few years of reckless trading.
Were he available as a free agent (and without his existing contract), Ekman-Larsson could be a smart reclamation project-type target in the same vein as Tyson Barrie with Edmonton. Unfortunately, barring a buyout, OEL is inseparable from that massive financial commitment. For now, the Coyotes might simply be best served by holding onto OEL and hoping he rebounds under a new coach.
Arizona could really use some assistance with getting out from underneath Ekman-Larsson’s contract. The Flames should not be the ones to help them.