The Top 5 Calgary Flames moments of 2022 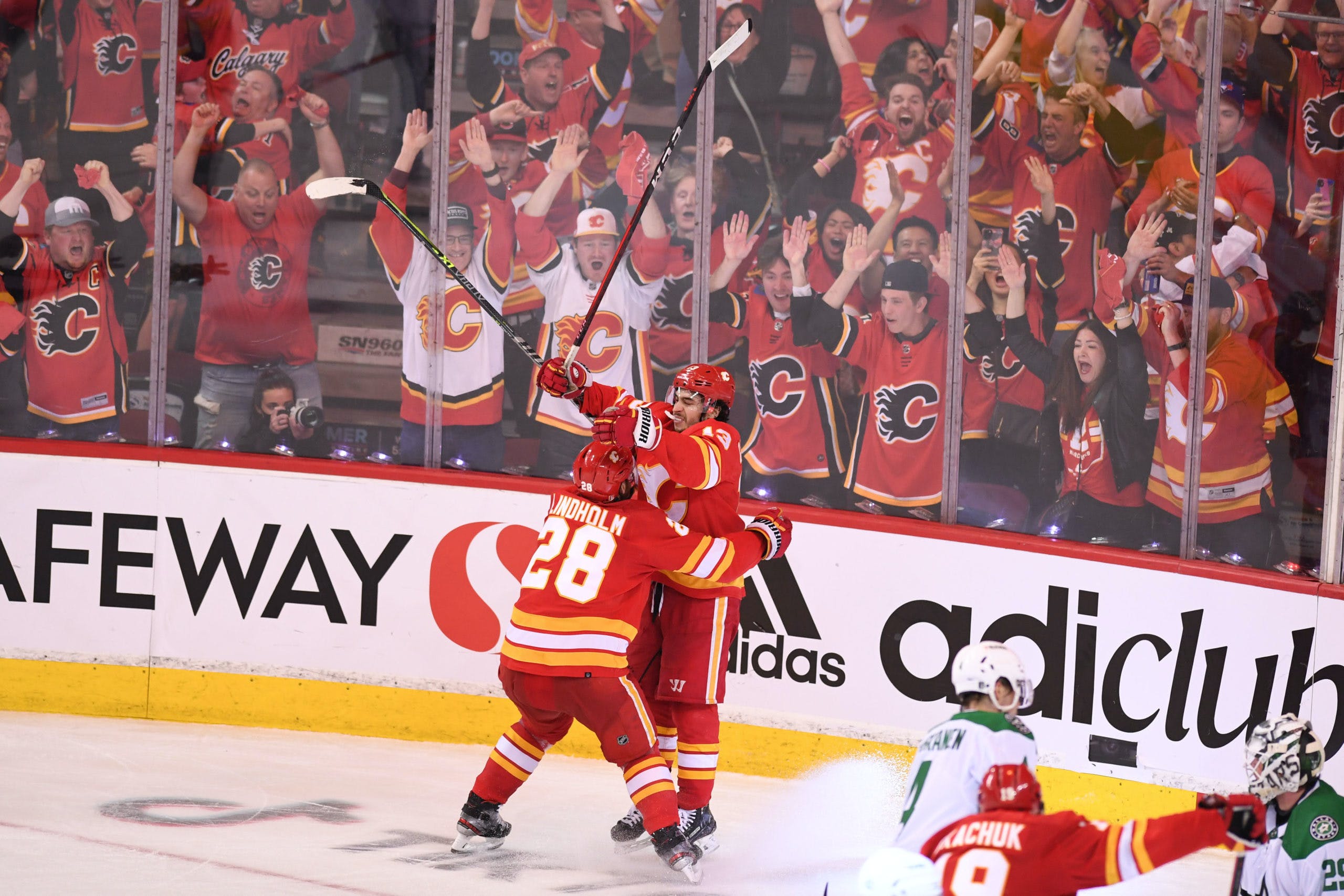 By Pat Steinberg
1 month ago
On the last day of 2022, let’s have some fun.
We’re counting down the top five Flames moments from the last 12 months and I think we all know what’ll top the list. Interestingly, though, the majority of these moments happened off the ice as opposed to on it. Knowing how crazy 2022 was, though, I guess that shouldn’t be a surprise.

Flames fans were almost universally elated when general manager Brad Treliving acquired Toffoli from the Montreal Canadiens on Feb. 14. It was, and still is, Treliving’s most significant in-season acquisition since taking over the team. And it brought in exactly what Calgary needed: a right shooting winger who can score. Aside from a rough patch down the stretch in the spring of 2022, Toffoli has been excellent since joining the Flames.

Matthew Tkachuk scored his 40th goal of the season on Apr. 21 vs. Dallas. One game later, Elias Lindholm did the same on Apr. 23 vs. Vancouver. And on Apr. 28, in their penultimate regular season game, Johnny Gaudreau completed the trifecta with his 40th on the road in Minnesota.
It was a special year for that line. Calgary became the first team with three 40-goal scorers since Tampa Bay did it in 2018-19 (Stamkos, Kucherov, Point). it was also the first time the Flames had achieved the feat since 1993-94 when Gary Roberts, Robert Reichel, and Theoren Fleury all hit the milestone.

Aug. 18 was another massive day for Treliving and his hockey ops staff. Having already agreed to terms on a seven-year, $49 million contract with free agent forward Nazem Kadri some days prior, the GM placed the final piece of the puzzle. To make the cap room work, Treliving dealt Sean Monahan and a first-round pick to Montreal before registering Kadri’s contract with the league.
It was played brilliantly by Treliving. By waiting to make Kadri’s deal official, and keeping it under wraps, it saved the Flames having to desperately get cap compliant with Monahan’s deal on the books. Instead, Treliving worked on moving Monahan, got a fair deal done, and then added Kadri’s $7 million hit.
And while there was plenty of excitement surrounding Kadri’s signing, there was also sadness mixed in. Monahan meant so much to Flames fans. He helped usher in a new era for the organization and put his body through the ringer to try and help the team. Monahan deserved the ovation he got later in 2022 when he returned to the Scotiabank Saddledome dans le blue, blanc, et rouge.

I’m not sure I have to give much of a synopsis on this one. July 22 saw Treliving execute the biggest blockbuster in decades and the NHL’s first ever sign-and-trade. Working on a trade suggestion from Tkachuk and his agent Craig Oster, Calgary was able to quickly orchestrate a deal with Florida that saw a pair of impact players coming back in MacKenzie Weegar and Jonathan Huberdeau. It was the crown jewel of an unprecedented off-season.

Seconds before Gaudreau ended game seven of round one, Dallas goaltender Jake Oettinger had made his 64th save of the evening. Finally, with less than five minutes remaining in the first overtime period, the Flames beat Oettinger for a third and final time to win the series 4-3 and advance to the first playoff Battle of Alberta in more than three decades.
The building was electric and the simultaneous reaction of elation and relief after Johnny scored was amazing. It was the biggest goal scored by Calgary since the 2004 post-season and it’s one fans in this city will remember for a long, long time.
Editorials
Recent articles from Pat Steinberg