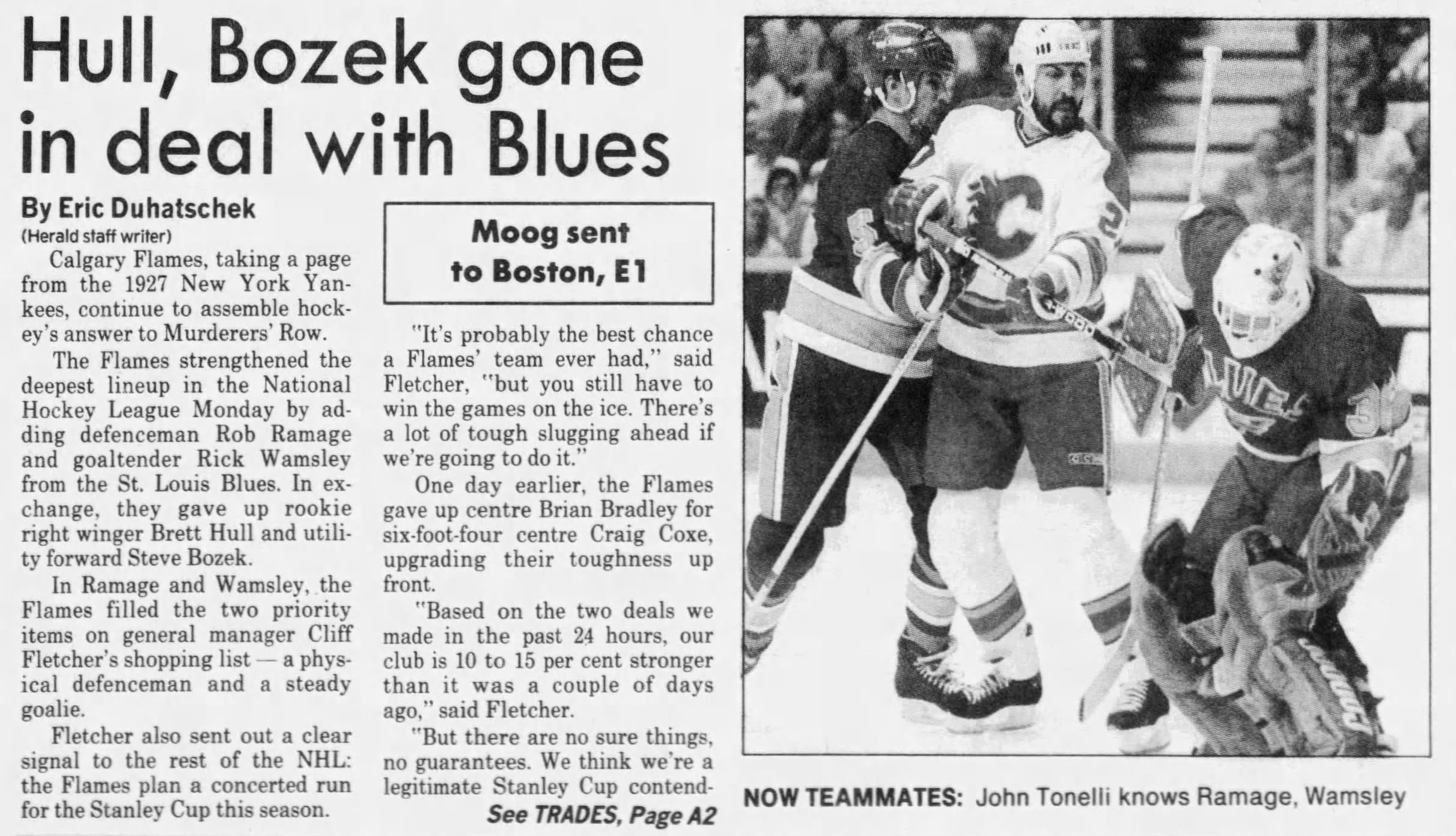 By Zach Laing
8 months ago
It was 34 years ago today that the Calgary Flames traded Brett Hull and Steve Bozek to the St. Louis Blues.
The trade was nothing short of major for either team. While Hull had only played 57 games with the Flames, the 1984 6th round pick had already scored 27 goals and 51 points. Bozek, meanwhile, had been with the Flames for five years before the deal scoring 143 points in 261 games.
Coming back the other way were two key pieces of what would make the 1989 Stanley Cup Champions: Rob Ramage and Rick Wamsley.

“Calgary Flames, taking a page from the 1927 New York Yankees, continue to assemble hockey’s answer to Murderers’ Row. The Flames strengthened the deepest lineup in the National Hockey League Monday by adding defenceman Rob Ramage and goaltender Rick Wamsley from the St. Louis Blues. In exchange, they gave up rookie right winger Brett Hull and utility forward Steve Bozek. In Ramage and Wamsley, the Flames filled the two priority items on general manager Cliff Fletcher’s shopping list a physical defenceman and a steady goalie. Fletcher also sent out a clear signal to the rest of the NHL: the Flames plan a concerted run for the Stanley Cup this season.” – Eric Duhatschek, Calgary Herald, March 8, 1988

Ramage, a big strong defenceman, ended up playing two seasons with the Flames scoring 23 points and notching 193 PIM in 80 games played. Wamsley, meanwhile, helped split the games in net through the regular season. He appeared in 111 games over parts of five years for the Flames, posting a 53-3-15 record, a .878 save percentage and a 3.21 GAA.
Zach Laing is the Nation Network’s news director and senior columnist. He can be followed on Twitter at @zjlaing, or reached by email at zach@oilersnation.com.
Uncategorized
Recent articles from Zach Laing