This year’s Flames will be judged by their playoff success 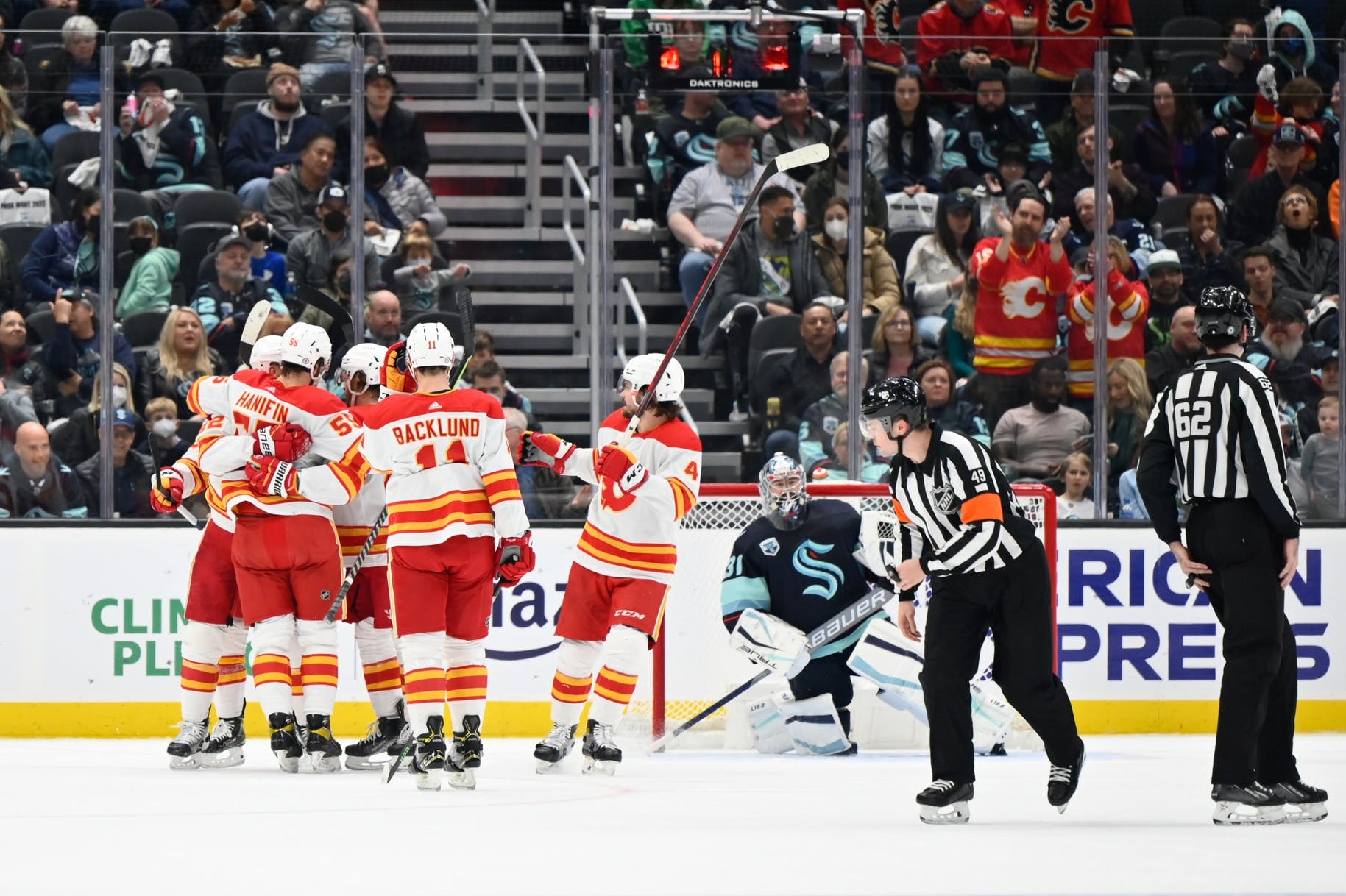 By Ryan Pike
8 months ago
In 2018-19, the Calgary Flames had an amazing regular season. The Flames that season won 50 games and captured a Pacific Division crown in the regular season. It was legitimately one of the best regular seasons in franchise history.
That regular season was followed by an unceremonious first round exit at the hands of the Colorado Avalanche that was so swift and brutal, the Flames didn’t even bother holding a ceremony to raise their division title banner at the beginning of the next season. Their playoff exit was so traumatic that it served to taint the season that preceded it.
In that context let’s talk about the 2021-22 Flames, who are entering the 2022 Stanley Cup playoffs after one of the most impressive regular seasons in franchise history.
Back in October, here’s how I finished my preview of the then-upcoming Flames season:

Change is coming for the Flames, friends. Either the Flames will finally become the team that they’ve been struggling to become for the past several seasons, or they could be in for a serious overhaul – on the ice and off.

Through 82 games, you could argue that the Flames have finally fulfilled the promise that’s been sewn through Brad Treliving’s work as general manager through the past eight years. Heading into the post-season, the Flames are carrying a 24-man roster: 22 of those players were acquired into the Flames organization by Treliving, with the other two (Johnny Gaudreau and Mikael Backlund) being retained for specific purposes. Heck, the entire coaching staff – from Darryl Sutter on down – was hired by Treliving for the purposes of maximizing the roster’s potential.
After years of fits, starts, and uneven progression, this season the Flames seemed to finally reach their individual potentials:
These individual performances were sewn together by Sutter’s no-nonsense attitude and gruff demeanour. It’d be unfair to call the guy humourless – he likes a good joke as much as anybody – but Sutter prefers to keep things on an even keel and focus his club on the matter at hand. Taking Geoff Ward’s focus on structure and radically improving the details of it, Sutter’s managed to get the Flames to play consistent hockey in every sense of the phrasing: consistent in all three periods, consistent in all three zones, and consistent in pace and structure for all four lines. (Gaudreau’s line has more offensive firepower than Trevor Lewis’, but they look the same structurally.)
Now, before we all start patting ourselves on the back or planning parades, remember this: the post-season is part of the season, too, and it’s the most important part of the season. And in the Treliving era, the Flames just haven’t been able to get the job done in the most important part of the season, no matter how impressive they were in the games that preceded it.
Like clockwork, many questioned Treliving’s blueprint for the Flames with every playoff disappointment. Yet he’s kept the same core group and built upon it without drastically changing the team philosophy. Treliving’s doubling-down on his approach has seemingly been validated by the past 82 regular season games under Sutter – it’s as if the players were the right ones for the job, they just didn’t have the right coach until now.
Much like in 2018-19, the success of this edition of the Flames will be determined over the next couple of months and they will be judged on how close they manage to get to 16 wins. To put it more bluntly: if over their time under Sutter the Flames haven’t finally become a team that can make some noise in the post-season, then another strong regular season simply won’t mean anything.
But maybe, just maybe, this is the year that the Flames have finally turned the corner and become the team that Treliving has believed they can be since his arrival in 2014. We’ll find out one way or another over the next few weeks – or months – of playoff hockey.