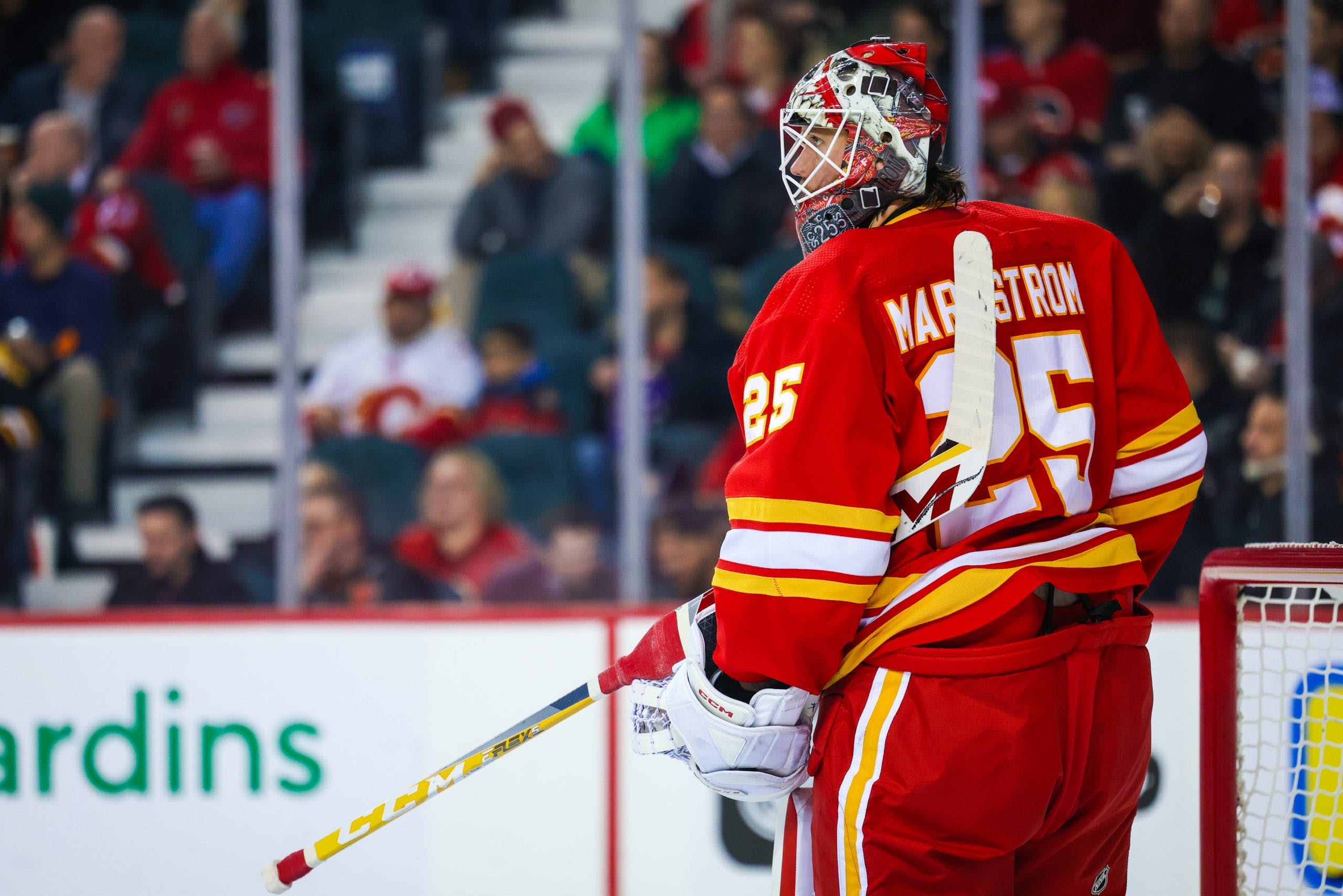 By Pat Steinberg
2 months ago
Even though the second quarter of the season started with a 6-2 win over Florida on Tuesday, it’s fair to say Calgary’s first 22 games have been underwhelming as a whole. While it definitely hasn’t been all bad, we’ve seen some frustrating trends from the Flames thus far. Here are three of them that need to be corrected with the second quarter now underway.

Markstrom’s 0.889 SV% is tied for 52nd overall amongst goaltenders with five or more starts. He’s allowed soft goals at a far higher rate than he did over the course of last season. It’s just not what we’ve come to expect from Markstrom, especially after finishing last year as the Vezina Trophy runner-up.
There are plenty of theories as to why Markstrom has struggled thus far. Some think May’s playoff series vs. Edmonton is still in his head. Others point to last season being a career year and regression was to be expected. Or maybe he’s just going through a rough stretch like all elite goaltenders do at some point or another.
Whatever the case, Calgary absolutely needs Markstrom to get his game back to a number one level. For as stellar as Dan Vladar has been this season, especially recently, the Flames are still going to be most successful if their high-end number one finds his game. I’m a big Markstrom believer, so I think he has all the ability to put a rough first two months behind him.

Goodness was that outburst vs. Florida needed. Prior to that, Calgary had scored three goals total during a three-game skid where generating offence had become an absolute chore. And even with Tuesday’s six goals factored in, the Flames sit 20th overall averaging 3.00 goals per game.
I think many anticipated scoring might be a little more difficult this year compared to last. But the struggles the team has had creating meaningful, dangerous offence has been a surprise. As expected, Calgary sits near the top of the league in raw shot volume. But compared to the teams around them, the Flames have had trouble converting their high number of attempts into dangerous opportunities. Underlying data courtesy Natural Stat Trick.
Putting lots of pucks towards the net is a good thing. So is limiting shot attempts at the other end of the ice. Calgary is strong in both areas, which is a great foundation to build on. The next step offensively is ensuring more of those attempts come from high danger areas. The Flames have talented players who are capable of it, so I don’t think this is an impossible fix. 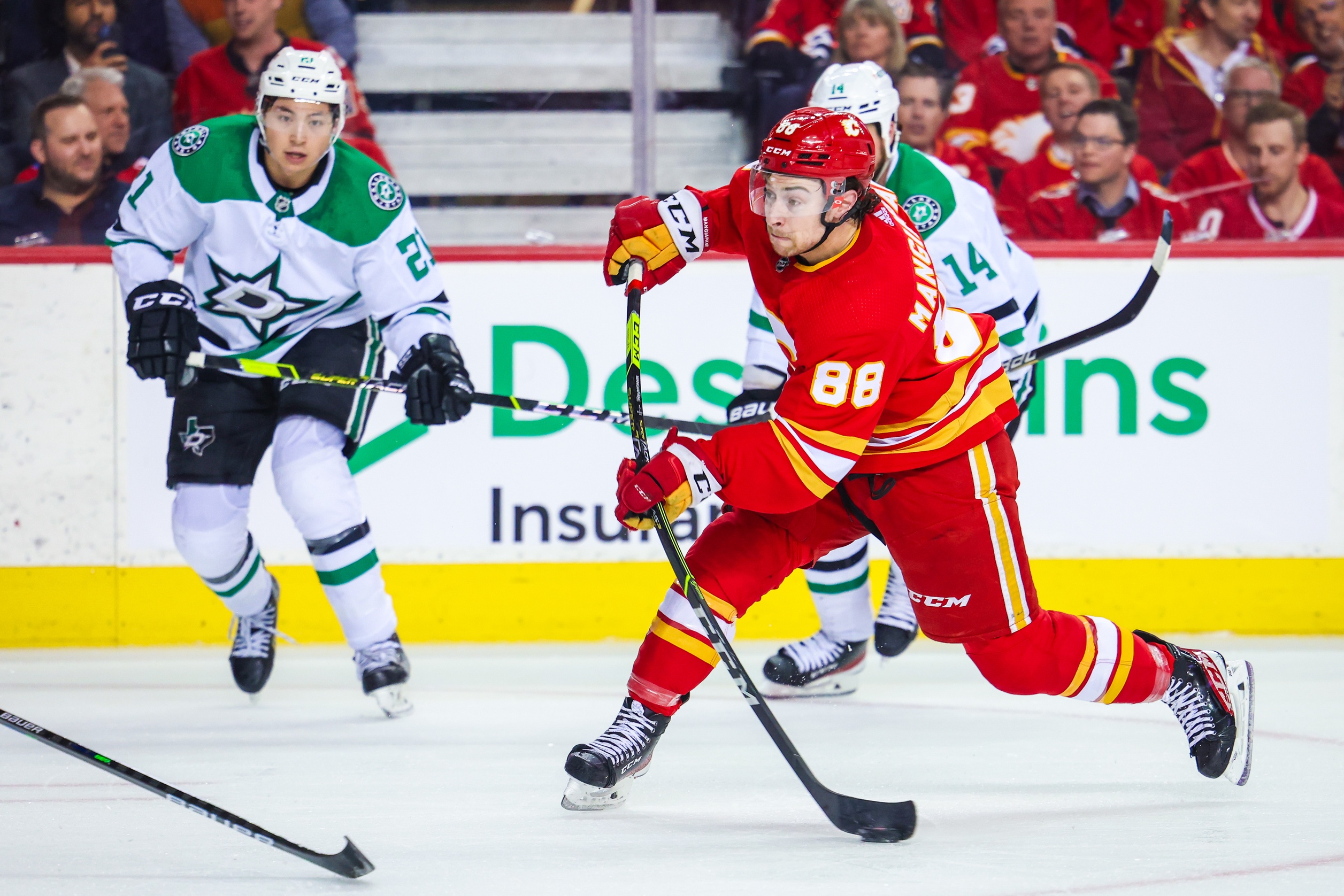 No one exemplifies the above offensive issues more than Mangiapane and hopefully his Tuesday outing against the Panthers is a sign of things to come. Mangiapane was dangerous and tenacious all night against Florida, which is what we’ve come to know and appreciate about him. For whatever reason, we haven’t seen that on a regular basis so far this season.
The hallmark of Mangiapane’s game has been his consistent, effective work at five-on-five. And while Mangiapane is shooting and attempting shots at rates consistent with his career averages, he’s doing so from the outside too often. In fact, with 3.81 high danger chances per 60 minutes, Mangiapane is attempting fewer shots from the slot this season than ever before. Last year he was at 5.27.
With the departures of Matthew Tkachuk and Johnny Gaudreau leaving the Flames less dangerous on the wing, they need Mangiapane to be a regular scoring threat. He thrives on cleaning up muck in the hard areas in and around the net. It’s something we haven’t seen Mangiapane do as much of this season, which is a trend hopefully in the midst of being reversed.
Editorials
Recent articles from Pat Steinberg