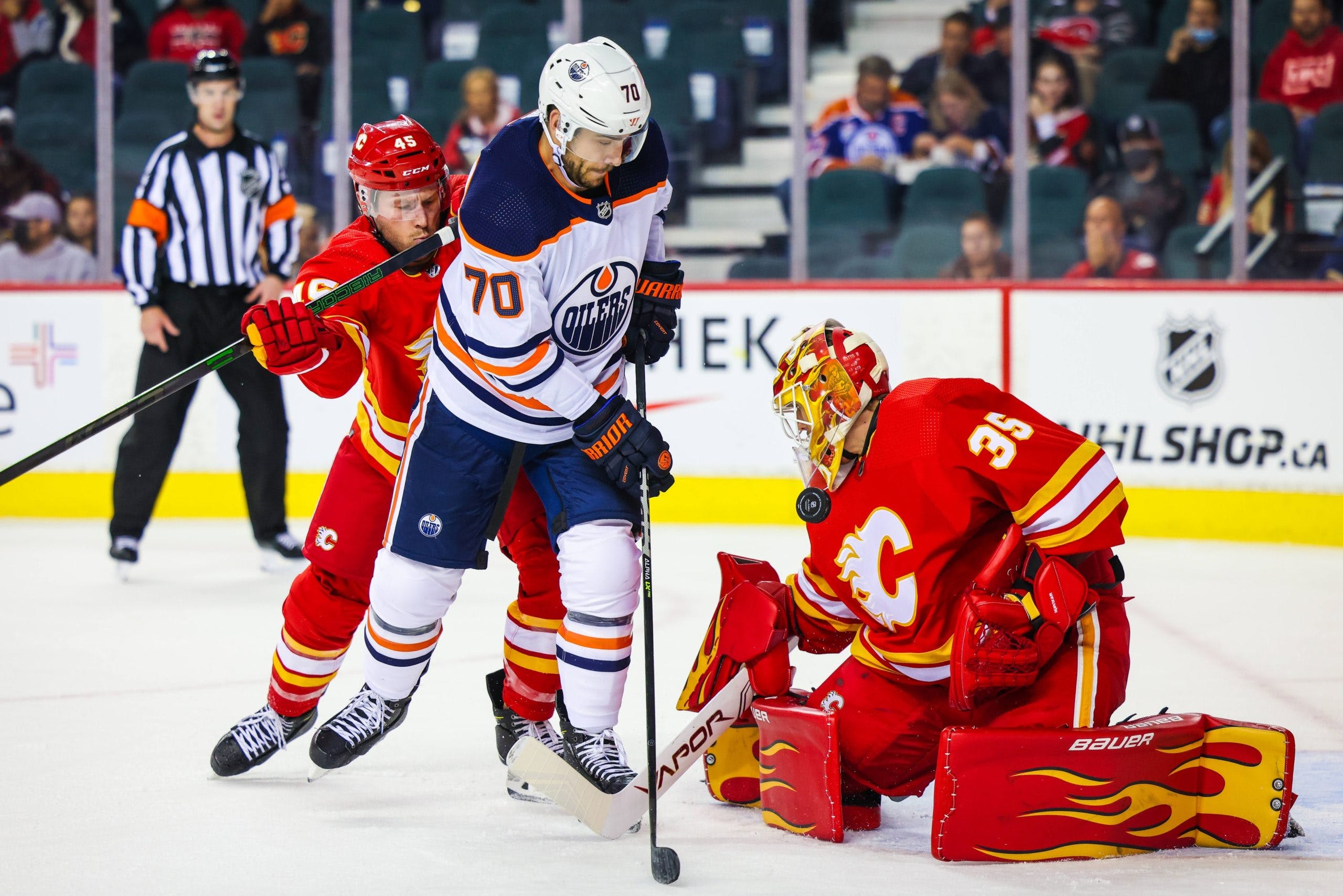 By Ryan Pike
7 months ago
As the dust settles from their march to the American Hockey League’s conference final round, the Stockton Heat look to be losing a trio of players as they’ve agreed to contracts for the upcoming season in Europe.
Defenceman Greg Moro, who was with the Heat on an AHL contract, has signed with SaiPa of Finland’s Liiga. The Flames didn’t have his NHL rights, so he was free to sign wherever. He spent two seasons bouncing between Stockton and the ECHL’s Kansas City Mavericks. He was perfectly acceptable AHL depth, functionally operating as the Heat’s seventh defender and giving them quality, unspectacular minutes whenever he slotted in.
Goaltender Adam Werner, who served as backup to Dustin Wolf for most of the regular season, has signed a two-year deal with the Swedish Hockey League’s Malmo Redhawks. He was slated to become a Group 6 unrestricted free agent on July 13. Werner was a decent enough back-up for the Heat, posting a 12-6-1 record with a 3.04 goals against average and .886 save percentage, but he didn’t do much to push Dustin Wolf throughout the season. It’s yet to be seen if the Flames will use young Daniil Chechelev as Wolf’s backup next season or if they’ll look for another veteran for the role.
Defenceman Johannes Kinnvall, who was a depth blueliner for the Heat for much of the season, has signed a two-year deal with the SHL’s Brynas IF. He was slated to become a restricted free agent on July 13 (and he still might, presuming that the Flames opt to send him a qualifying offer to retain his rights). Kinnvall had a rough transition to North American hockey. He was injured in prospect camp and didn’t get cleared for action until January. When he was cleared, he was a good power play contributor but didn’t move the needle much at even strength, and he ended up functionally as Stockton’s eighth defender down the stretch. Given his challenging year, it’s no shock that he’s heading back home.