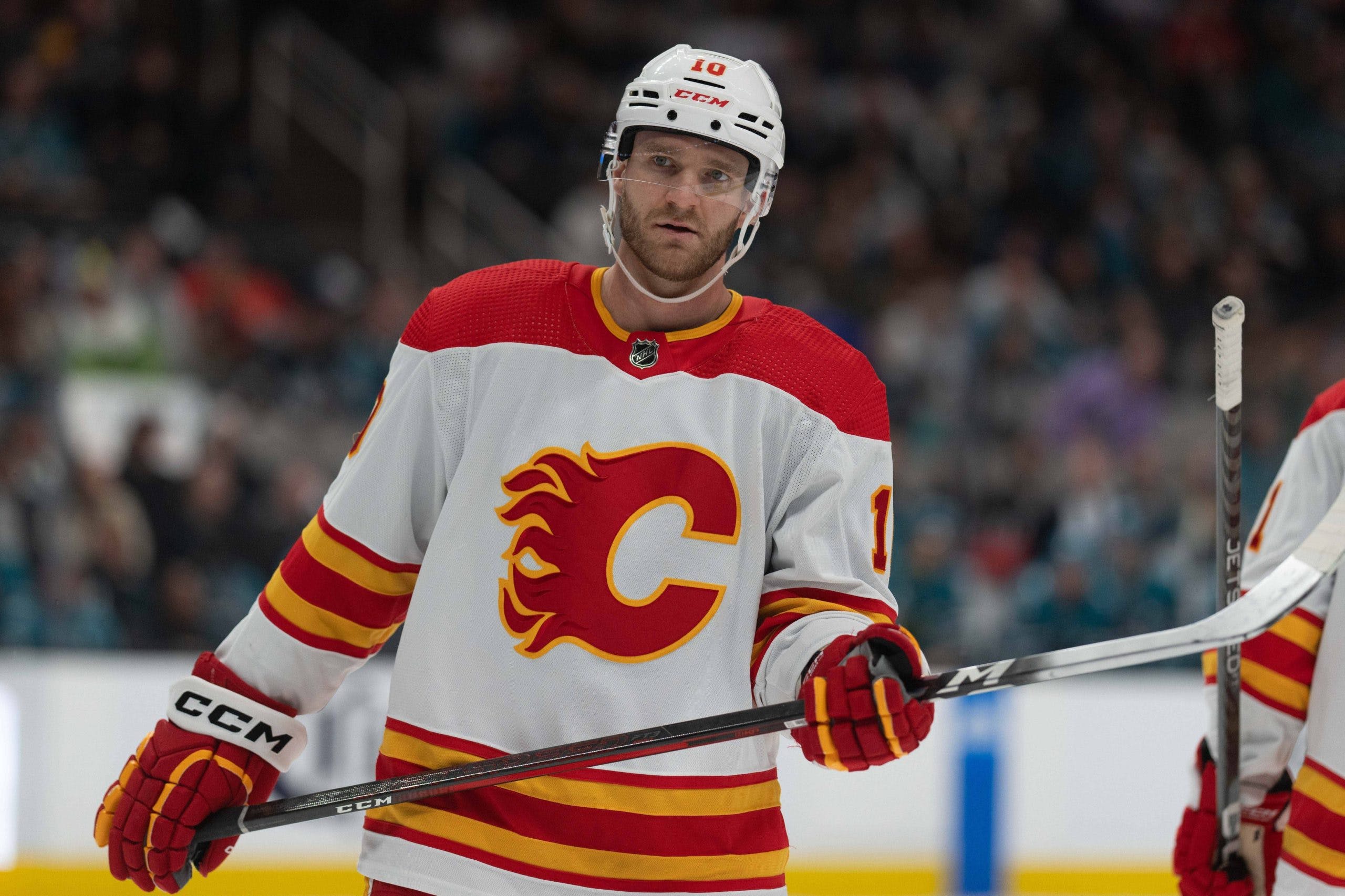 By Mike Gould
28 days ago
Calgary Flames forward Jonathan Huberdeau scored his first game-winning goal of the season in the third period of Wednesday’s critical Pacific Division matchup with the Seattle Kraken at Climate Pledge Arena.
With exactly eight minutes remaining in regulation time, Huberdeau knocked down a long-range shot by Rasmus Andersson, spun with the puck in the slot, and fired a wrister past Kraken goaltender Philipp Grubauer to give the Flames a 3–2 lead.
Andersson and Nazem Kadri picked up the assists on Huberdeau’s seventh goal of the season. The 3–2 score ultimately held until the final buzzer.
Kadri and Tyler Toffoli also scored for the Flames in the victory; Ryan Donato and Jamie Oleksiak responded in turn for the Kraken. Flames goaltender Dan Vladar made 29 saves to pick up his sixth win of the 2022–23 regular season.
Huberdeau’s goal came shortly after he was denied by Grubauer on a similar chance from almost the same spot in the slot. The 29-year-old forward finished the game with three shots on goal in 17:49 of ice time.
The Flames improved to 17–13–7 with the win and leapfrogged the Kraken (18–11–4) in the Pacific Division standings, albeit having played four more games than Seattle’s 33. Grubauer stopped 41 of 44 shots in the contest.
After coming out even on their back-to-back set against the Kraken and Edmonton Oilers, the Flames will have the next two days to prepare for their upcoming game against the Vancouver Canucks on New Years’ Eve. You’ll be able to catch that one on Sportsnet One at 8:00 p.m. MT.
News
Recent articles from Mike Gould