What can Adam Ruzicka offer to the Flames? 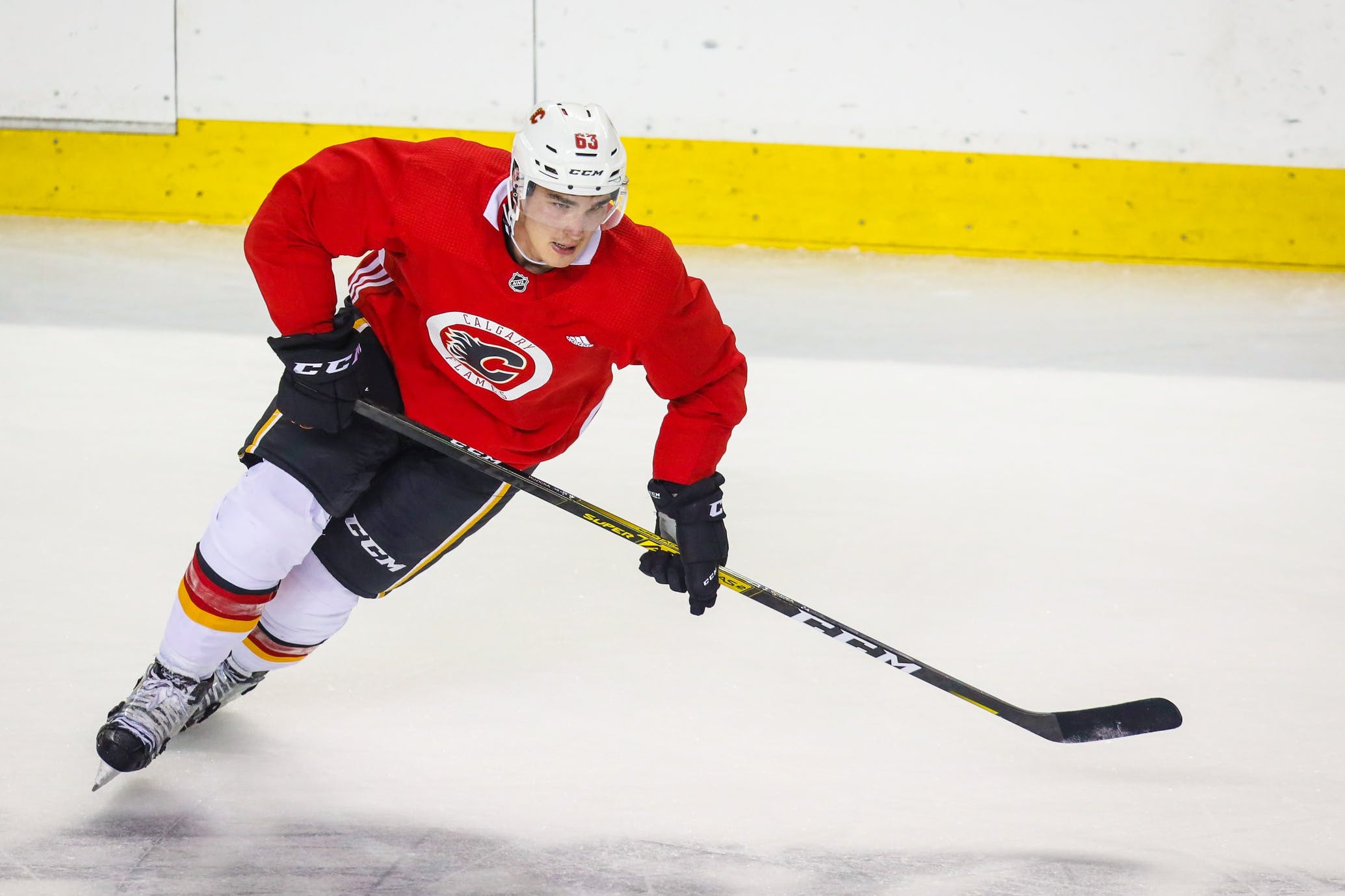 By Mike Gould
1 year ago
The Calgary Flames have recalled centre Adam Ruzicka from the Stockton Heat. The move was posted to the American Hockey League’s transactions page on Monday afternoon.
Ruzicka, 21, leads the Heat with 10 goals and 19 points in 22 games this season. In 2019-20, he played 54 games for Stockton and recorded 27 points (10 goals, 17 assists).
The Flames selected Ruzicka in the fourth round of the 2017 NHL Entry Draft. The 6’4″ centre made his professional debut with the Heat in October 2019 after spending three seasons in the OHL with the Sarnia Sting and the Sudbury Wolves.
Ruzicka has yet to make his NHL debut. He has one season remaining after this one on his three-year entry-level contract and counts for $801,666 against the Flames’ salary cap over a full season at the NHL level.
Stockton has used Ruzicka as its number-one centre this season. Matthew Phillips has been Ruzicka’s consistent right-winger and the team has alternated between multiple different options—including Connor Zary, Emilio Pettersen, and Dmitry Zavgorodniy—on the opposing flank.
In Stockton’s games between Feb. 24 and Mar. 5, Ruzicka became the first player in club history to record four consecutive three-point outings. He sits in a tie for 15th in the AHL in points and sixth in goals, with his 63 shots also pacing the Heat and ranking 16th in the AHL.
Ruzicka has scored two goals and four assists on the power play this season.
With Sam Bennett’s departure, the Flames had an opening at the forward position where a centreman with size could step into the lineup. Ruzicka is less physical than Bennett but is capable of using his size to assert his control over the puck.
Ruzicka’s most potent attribute is his shot. It combines a quick release with heavy velocity and pinpoint accuracy. This season, Ruzicka has been able to generate shots at an extremely high volume.
Phillips and Ruzicka have combined to form one of the most lethal offensive combinations in the AHL this season. Ruzicka possesses the smarts to find open space and put himself into good scoring areas. Skating next to Phillips, a top-tier playmaker, Ruzicka has been able to consistently get pucks in high-danger areas and test goaltenders with his impressive shot.
The Heat have deployed Ruzicka in all situations this season. He’s received ample time on the power play, the penalty kill, at four-on-four, and at even strength. He’s a player who can help his team in multiple ways if given the right minutes and linemates.
Ruzicka is big and thick but he’s not a particularly physical player. He uses his body efficiently to box out space and doesn’t easily get pushed around. Ruzicka can be very effective playing in the bumper position—sometimes establishing himself as a target for one-timers—in situations where his team has extended possession of the puck in the offensive zone.
While players like Phillips and Emilio Pettersen thrive when generating offense using their speed on the rush, Ruzicka sometimes has issues finding separation when exiting his own zone. He’s not the fastest skater and he slows down noticeably with the puck on his stick.
While Ruzicka is certainly capable of crafting impressive plays out of his distributions, he can also sometimes be a little haphazard with the puck (which, for a 21-year-old AHL sophomore, is to be expected).
Ruzicka’s engagement level and consistency have been topics of contention dating back to when he was drafted. He has taken strides to be more effective on a game-by-game basis this season.
He went six games without a point between Mar. 18 and 26; outside of that stretch, Ruzicka has yet to go more than two games this year without contributing on the score sheet. He has recorded at least two shots on goal in 17 out of his 22 AHL games this season, being held without a shot just once.
Despite his size, Ruzicka is likely not suited to a fourth-line checking role in the NHL. He plays a finesse-based game and thrives when paired with a talented distributor. Ruzicka found success at the AHL level playing next to Phillips in an offense-friendly deployment situation.
Expecting Ruzicka to shift gears at the NHL level and replace Sam Bennett’s jam and physicality would be doing him a disservice. The Flames would be smart to give Ruzicka a look playing on a line with somebody like Andrew Mangiapane, perhaps even on the wing.
Adam Ruzicka is a skilled offensive centre who can be elevated by playing with talented linemates. If the Flames can put him in a position to succeed, he might quickly become a useful NHL player.
Uncategorized
Recent articles from Mike Gould