What is Milan Lucic’s cap space worth to the Calgary Flames? 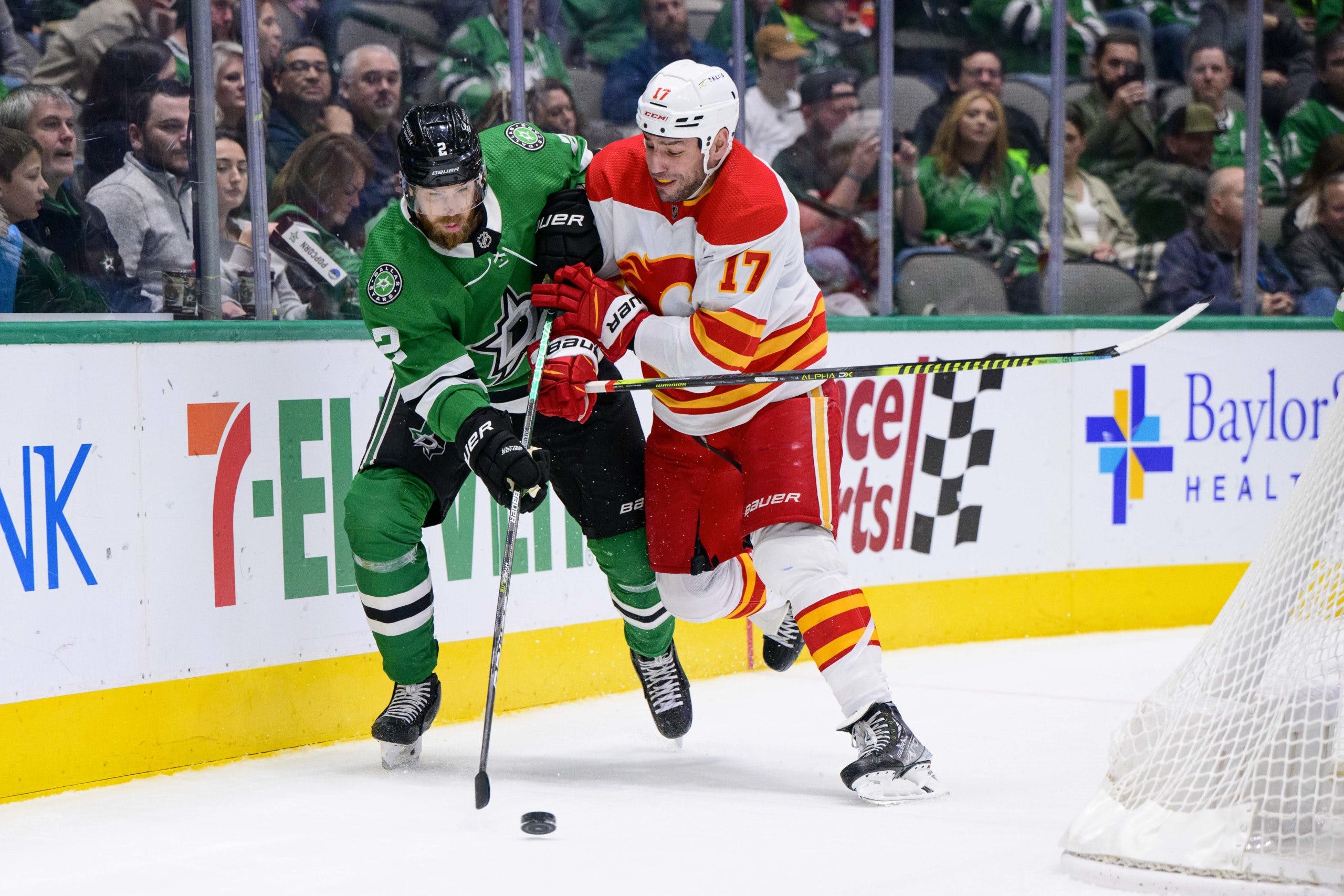 By Ryan Pike
6 months ago
If you’ve been reading this site during this off-season, you’ve probably noticed a bit of a trend in our coverage of potential free agent additions. While we’ll readily acknowledge that a particular player would be a boon to the Calgary Flames, we’ll also emphasize that the Flames probably don’t have the cap space to make significant additions given that Andrew Mangiapane and Oliver Kylington will be getting new, hefty deals.
But there’s one thing the Flames could do to change that: pay another team to take on Milan Lucic’s deal. Would the cost of such a move be worth it?
Lucic is 34 years old. He’s in the final year of a deal that carries a $6 million cap hit, though $750,000 of that is being covered by the Edmonton Oilers so the cap impact to the Flames is $5.25 million. Lucic isn’t quite the player he used to be, as he’s slowed down a fair bit and isn’t as impactful as he was a few seasons ago. Evolving Hockey’s model has him as 3.4 goals below replacement level, and that was playing a fairly sheltered role on the third and (primarily) fourth lines last season.
Quite simply: $5.25 million is way too much to be paying a fourth liner, especially a below replacement one, and given that the Flames still need to replace Johnny Gaudreau’s offence, they could put that cap space to better uses.
So how much would be too much to pay another team to take on Lucic’s deal?
The New York Rangers sent a pair of second-round picks to Arizona with Patrik Nemeth’s $2.5 million cap hit for two seasons (and got Ty Emberson in return). The Leafs got Matt Murray’s $4.688 million cap hit (for two seasons) from Ottawa along with a third-rounder and a seventh-rounder. It cost Edmonton a second and third-rounder (along with trading down three spots) to rid themselves of the final two seasons of Zack Kassian’s $3.2 million cap hit.
Based on these cap dump deals, losing one season of Lucic would probably cost somewhere around a second-round pick. The thing that helps the Flames is it wouldn’t be a multi-year commitment to the acquiring team, and the actual salary owed to Lucic is quite low – just $875,000, and that’s not factoring in the escrow reductions.
Would losing a second-round selection in what’s supposed to be a very good 2023 draft class be worth it if it allowed the Flames to clear $5.25 million cap space? (Does the deal stop being worth it if they have to kick in a second pick, like a third or fourth-rounder, to get the deal done?) Would the Flames be able to live without Lucic’s physical contributions on the ice and his leadership contributions off of it? Would the Flames be able to put that freed-up cap space to good use?
Let us know if you think this would be the best move for the Flames to make to free up cap space in the comments!