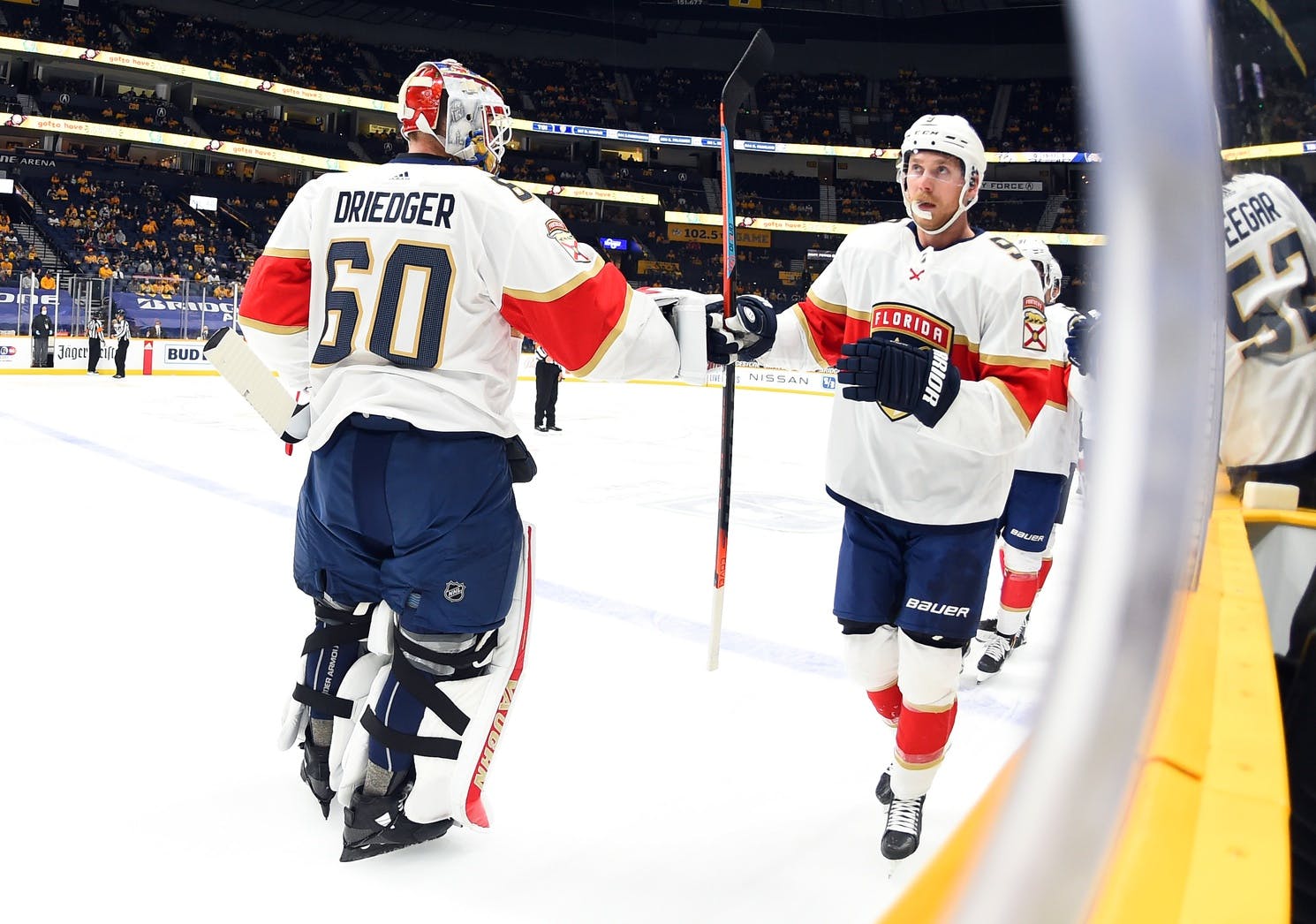 By Ryan Pike
1 year ago
Back at the trade deadline, the Calgary Flames opted to grant Sam Bennett’s request for a change of scenery. Bennett was traded to the playoff-bound Florida Panthers in exchange for Emil Heineman and a second round pick in 2022.
In nine games with Florida, Bennett has already exceeded his point output from 38 games with Calgary. We were asked in our mailbag this week, what’s working for Bennett in Florida?
The short answer is… a lot of stuff! (Unless otherwise noted, all stats we use for comparisons here are five-on-five numbers taken from our friends at Natural Stat Trick.)

In Calgary, Bennett was used as a third line winger. His two most frequent linemates were Milan Lucic and Mikael Backlund (followed by Johnny Gaudreau, Sean Monahan and Josh Leivo). With Lucic and Backlund, the role was generally a checking role. About 59% of Bennett’s face-offs were taken in the offensive zone.
In Florida so far, Bennett has been used as a top six centre. His two most frequent linemates are Jonathan Huberdeau and Anthony Duclair, and the role has been to generate offense. About 64% of Bennett’s face-offs are taken in the offensive zone.
You could easily make an argument that Florida’s usage of Bennett is a positive: he gets a bit more offensive high ground, but he’s also gotten a pair of fast, offensive-minded linemates who seem better suited to his skillset than he had in Calgary.

In Calgary, it seems like Bennett had a vision for what he could be that didn’t quite match up with either his coach’s or management’s. That disconnect probably created some frustration, and that led to his trade requests. In Florida, so far, the Panthers seems to have embraced what Bennett can be.
Bennett seems like he’s playing more relaxed and energized than how he was in Calgary; the frustration seems to be gone. He’s being used in more of an offensive-minded role and so far, in a fairly small sample size, he’s excelling in a way that he didn’t with the Flames.
Uncategorized
Recent articles from Ryan Pike