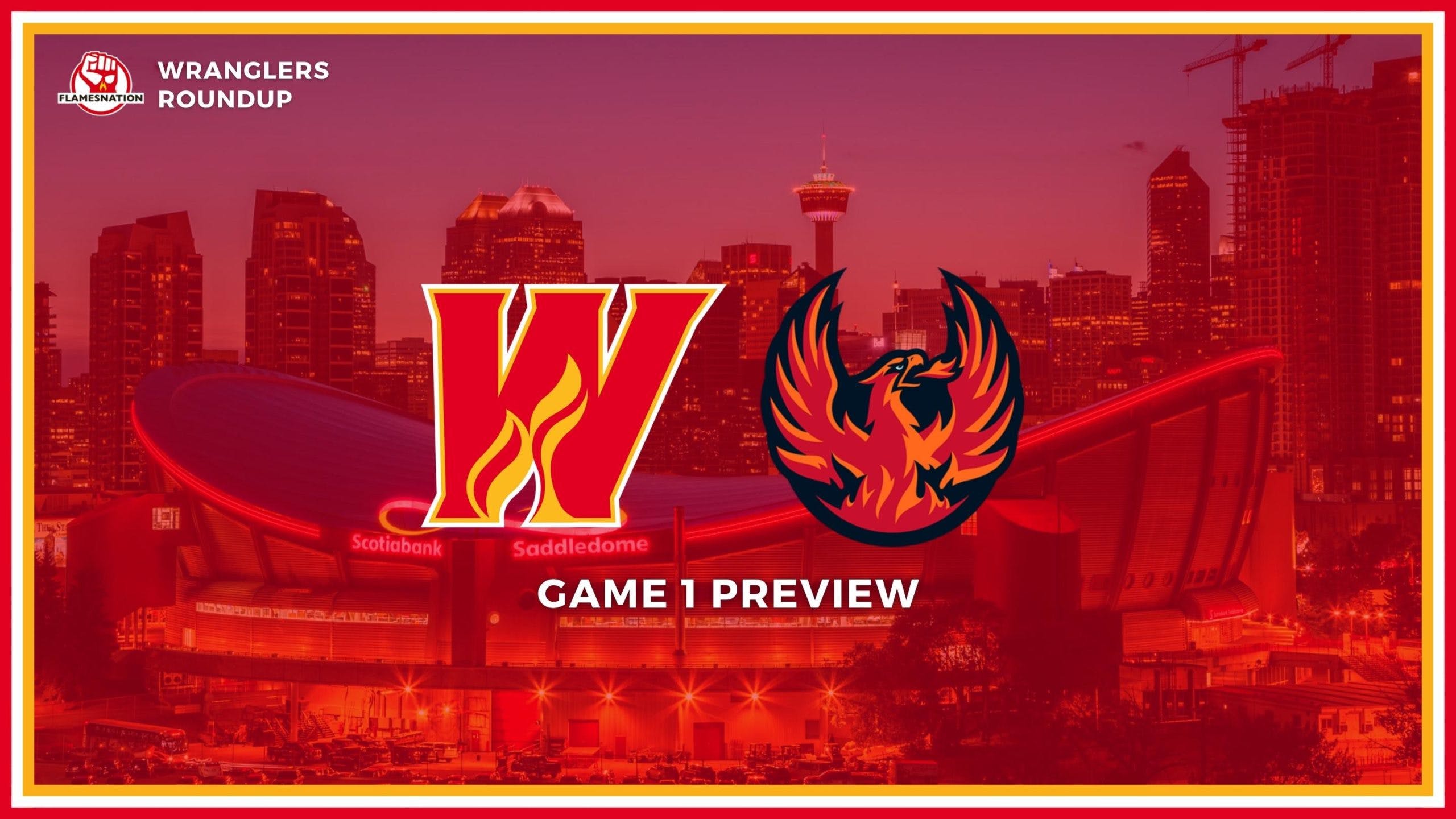 By Paige Siewert
1 month ago
A new era of AHL hockey in Calgary is set to kick off on Sunday when the Calgary Wranglers play their first-ever season opener at home against the Coachella Valley Firebirds.
The Wranglers will be working with a packed schedule at the Scotiabank Saddledome, sharing the venue with the Flames, Hitmen, and Roughnecks.
It’ll be one for the history books and a game full of Wranglers firsts that will be exciting to watch.

Many members of the Wranglers participated in Flames training camp such as Dustin Wolf, Matthew Phillips, Brett Sutter, Adam Klapka, Mitch McLain and Jeremie Poirier to name a few. Two former Heat players also cracked the Flames opening night lineup: Connor Mackey and Adam Ruzicka.
Mackey spent most of last season with the Heat but Ruzicka on the other hand left a couple of months into the season and barely came back. He was available for the Heat’s playoff run but suffered an undisclosed injury that prevented him from contributing to the run against the Chicago Wolves. Both may make brief appearances for the Wranglers but are not expected to be with the AHL team regularly.
There are a couple of faces you may expect to see that have since departed from the team. Former captain Byron Froese, Glenn Gawdin, Eetu Tuulola, Justin Kirkland, Adam Werner, and Johannes Kinnvall are some of the more high-profile losses. All were either picked up by a different NHL organization or went to play in various international leagues.
To replace some of the leadership that left, the Wranglers announced their leadership group for the upcoming season including Brett Sutter as captain and Matthew Phillips and Nick DeSimone as alternate captains.

This is about as most of a fresh start as you can get for this season-opening match-up. The Coachella Valley Firebirds just joined the league this season as an expansion team. They were added as the 10th team in the Pacific Division and are affiliated with the Seattle Kraken.
The former Stockton Heat team, now Calgary Wranglers, have quite a few of their core pieces from last season and some intriguing newcomers that could really rack up the points for this new squad. The Firebirds have a couple players to watch such as Andrew Portualski who joined the Firebirds from the Calder Cup defending champions, the Chicago Wolves. Cameron Hughes is also another highly regarded forward that joined Coachella Valley from the Providence Bruins.
The Firebirds do not have the luxury of history on their side to make a prediction for how Sunday’s game may go but for how much the Heat dominated the Division and arguably the league last year, you can expect the scales to be tipped more in their favour.

With the relocation, you can now catch Wranglers at home at the Scotiabank Saddledome for a fairly reasonable ticket price. For the AHL’s opening weekend, all games are free to stream on AHL.tv. Home and away games will also be available all season long on AHL TV with a subscription.
FlamesNation contributor Mike Gould will also have live game updates via Twitter and live stats can be found on TheAHL.com.
News
Recent articles from Paige Siewert