Wranglers Preview: Back home to host the Abbotsford Canucks 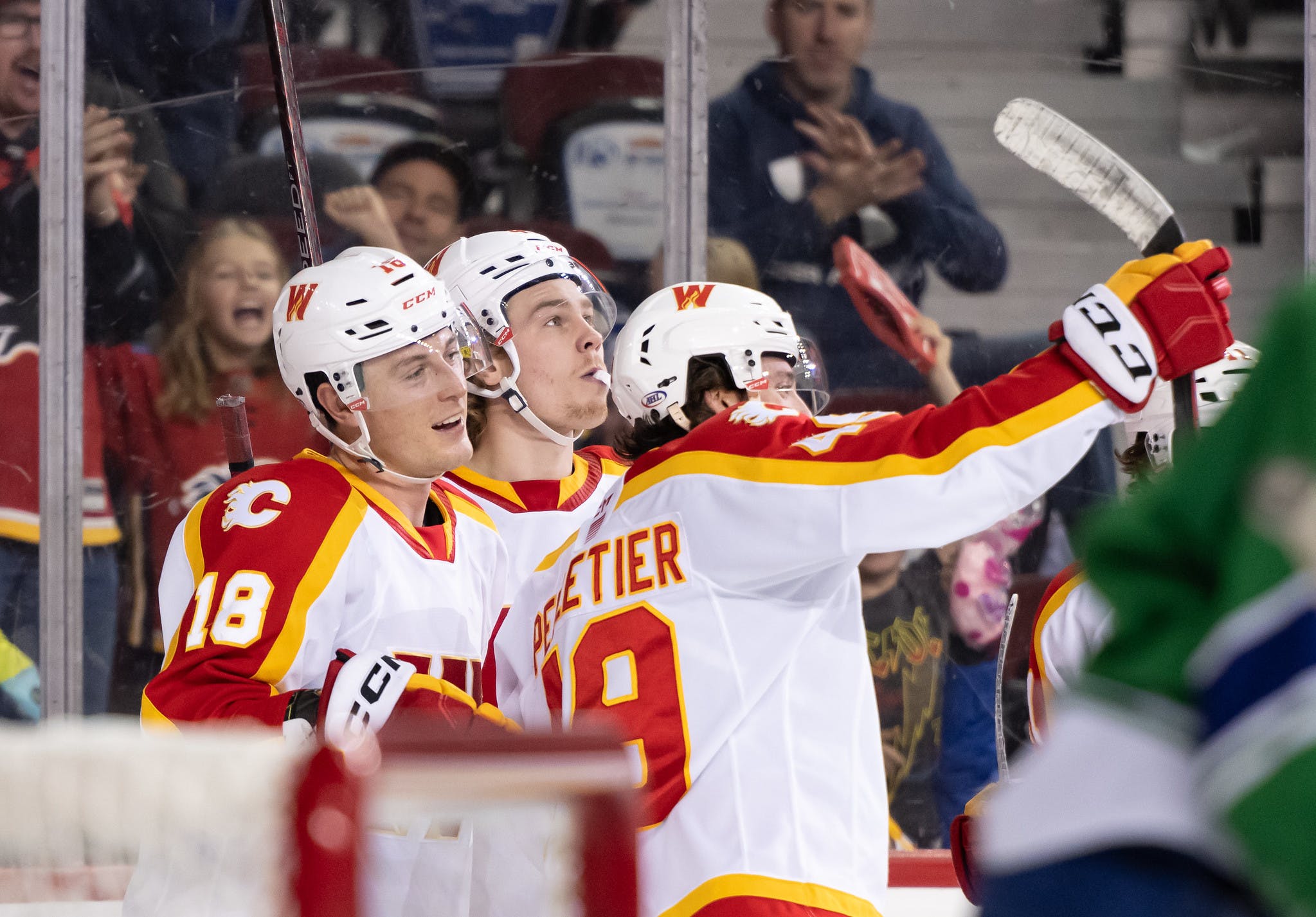 By Paige Siewert
24 days ago
The Calgary Wranglers are one of the hottest teams in the AHL sitting tied for first in the Pacific Division and tied for second in the AHL with the Coachella Valley Firebirds. They are on a current six-game winning streak and almost had a perfect December, only losing one game all month. They have a pair of upcoming games at home against the Abbotsford Canucks kicking off on Monday night.

The Wranglers are back at home for their first game since before the Christmas break. Their first opponent of 2023 will be the Abbotsford Canucks for their second series of the season. In their previous meeting at the end of November, the Wranglers won their first game 5-1 then took things to overtime the next game and snuck away with a 4-3 win.
The Canucks are right up there with the pack with an 18-9-1-1 record and they sit third in the Pacific Division. They have won their last four games in a row so either way, this series will kill one of their winning streaks after Monday’s game.
Speaking of six-game streaks, Connor Zary also happens to be on an individual streak. He has eight points in his last six straight games. Coincidence? Probably not. Connor Zary has also been complementing the play of Jakob Pelletier.
Pelletier doesn’t have a big consecutive point streak currently but has still been racking up the points as of late. He has seven points in the last six games. Not that all the points are tied to special teams these two are on the top power-play unit and have had a lot of impact on the power-play. Half of Pelletier’s goals this season so far have been power play goals.
The Wranglers’ power play has continued to rank highly in the league currently sitting at 26.8%. This places them first in the Pacific Division in this category and third overall in the league. Their total power-play goals for the year leads the league by seven points.
Hopefully, more successes are to come in this series with game one kicking off on Monday night at 7:00 p.m. MT. Their second game will be on Wednesday at 6:00 p.m. MT. You can catch both these games at the Scotiabank Saddledome or stream them on AHL.TV. FlamesNation contributors Mike Gould and myself will have updates on Twitter.
News
Recent articles from Paige Siewert