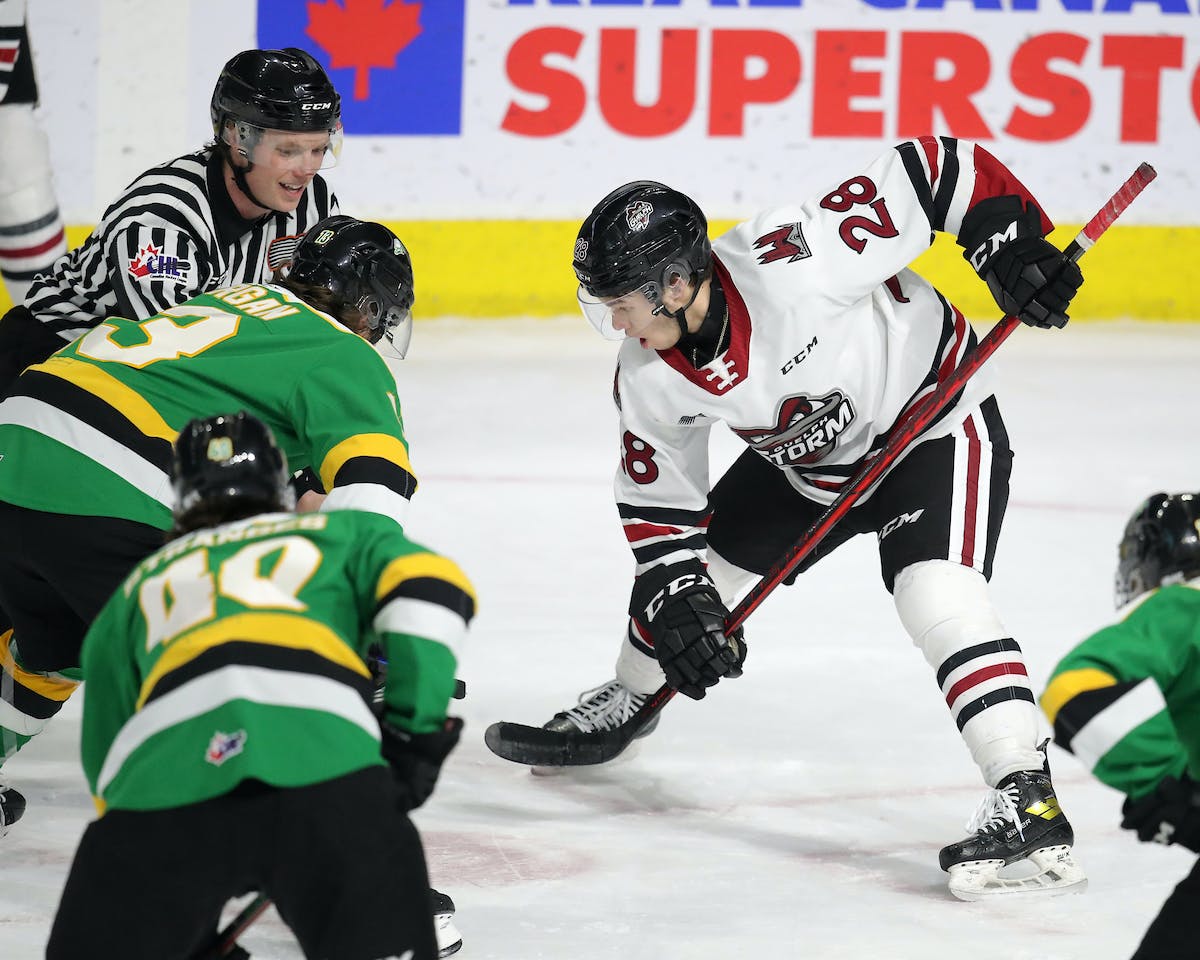 By Ryan Pike
2 months ago
The Calgary Flames announced their rookie camp roster on Tuesday morning, with 27 players headed to Penticton to compete in the Young Stars Classic. 22 of those players have ties to the Flames, while five individuals are attending camp on try-outs.
Here’s a snapshot view of the five new faces.

A 25-year-old New England product, Arvanitis is a goaltender who spent two years at UMass in Division I and played four games. He transferred to Division III Babson College and played a lot more, playing 38 games with a .932 save percentage, and being named a Division III third-team All-American in 2019-20.
He went pro at the end of last season, playing five games for Rapid City and going 3-1-1 with a .290 save percentage. He’ll probably be tandeming with Daniil Chechelev for the Rush, so it makes sense to get the two used to each other early in the season.

A 20-year-old winger and teammate of Flames pick Cameron Whynot, Boucher plays for the Halifax Mooseheads in the QMJHL. Weirdly, he’s not from Quebec or the Maritimes: he’s an Ontario kid who played for three different teams in the CCHL – Rockland, Nepean and Brockville – before catching on with Halifax last season.
Boucher’s a big kid (6’3″, 210 pounds) who’s got a nose for the net, with 25 goals (and 40 points) in 37 games with the Mooseheads last season.

A 21-year-old blueliner looking for a place to play this season, Lee just finished his overage season in the WHL. He split his five WHL seasons between Seattle and Kelowna, where he emerged as a pretty savvy, toolsy offensive blueliner.
He had 16 goals and 46 points for Kelowna last season and was a first-team divisional all-star. There’s probably something there, but the question is whether Lee can tap into it and translate it to the pro level.

A Finnish defender, Sedoff has been highly touted by WHL observers for awhile, but the pandemic and some consistency challenges at times have conspired against him. He came over to Red Deer as an import in 2019-20 and had 19 points – not bad, but not good enough to get drafted. Then he spent the pandmemic season of 2020-21 on loan in Finland, playing pro hockey (as a 19-year-old) in the Liiga. Then he came back to North America, putting up 61 points in 65 games for the Rebels.
Sedoff is good at hockey, but there’s some question about what he is given he’s played in some weird circumstances over the past few seasons.

The son of former NHLer Scott Walker, Cooper Walker is a forward for the OHL’s Guelph Storm. He played a season in the pre-pandemic OHL (8 points in 45 games) and another in the post-pandemic OHL (35 points in 68 games), and so his true developmental trajectory is a bit of a mystery.
Boucher, Lee, Sedoff and Walker were all part of Flames development camp in July, and impressed enough to get another look-see in Penticton.