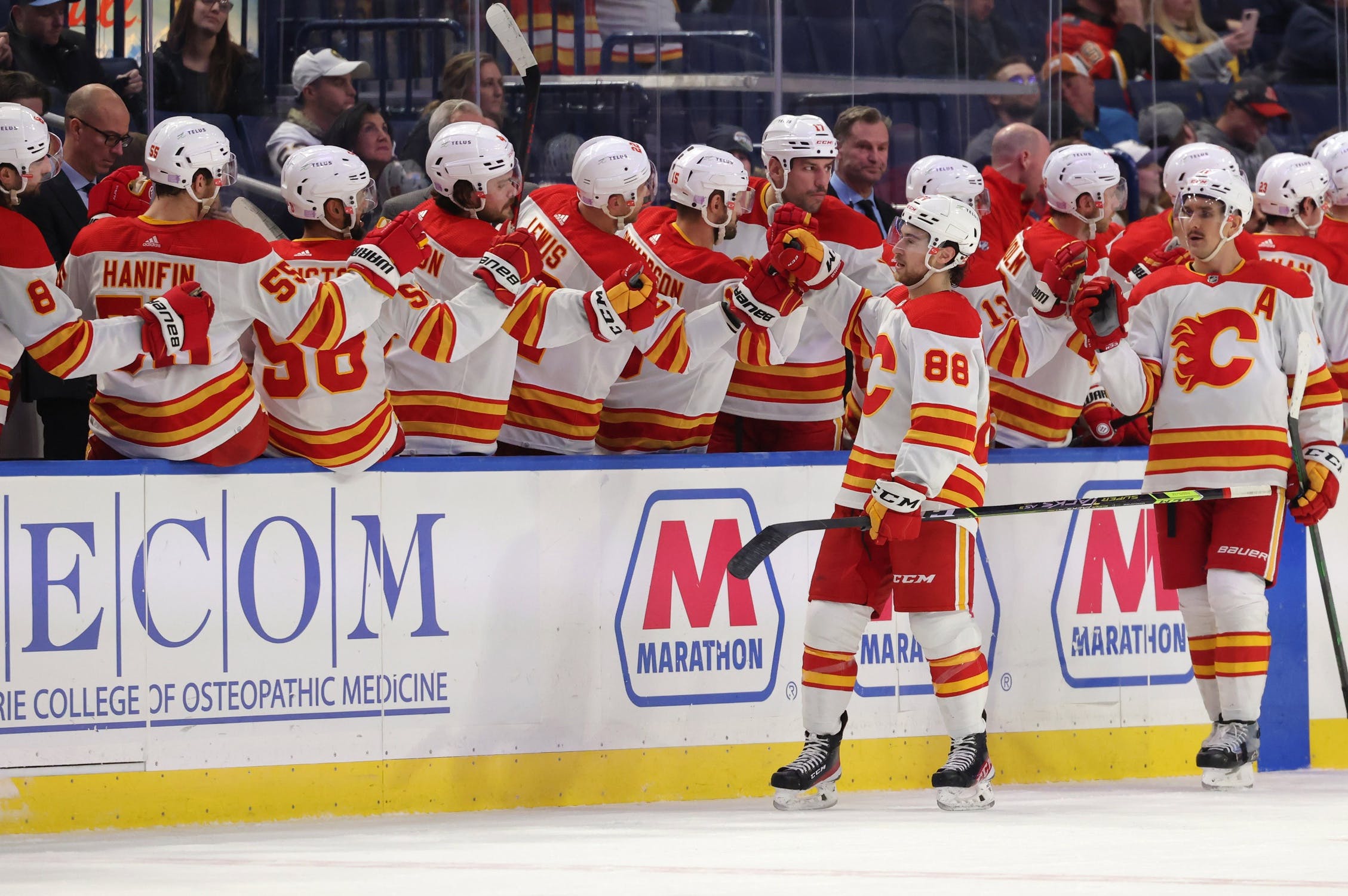 Photo credit: Timothy T. Ludwig-USA TODAY Sports
By Ryan Pike
11 months ago
Comments
Unfortunate, significant news regarding the Calgary Flames broke on Monday morning. The club’s next three games have been postponed by the National Hockey League due to multiple members of the Flames roster and staff entering the league’s COVID-19 protocol.

The National Hockey League announced today that as a result of six Calgary Flames Players and one staff member entering the NHL’s COVID Protocol within a 24-hour period, concern with continued spread, and the likelihood of additional positive cases in the coming days, the team’s games will be postponed at least through Thursday, Dec. 16. The decision was made following consultation by the NHL’s, the NHLPA’s and Club’s medical groups.
As an appropriate precaution, the team’s training facilities have been closed, effective immediately, and will remain closed for Players until further notice. The League is in the process of reviewing and revising the Flames regular season schedule.
The Flames organization has followed, and will continue to follow, all recommended guidelines aimed at protecting the health and safety of its Players, staff and community at large as set by the NHL, local, provincial and national agencies.

The impacted games were scheduled for Monday night in Chicago, Tuesday night in Nashville, and Thursday night at home against Toronto.
The Flames were originally scheduled to fly to Chicago on Sunday afternoon, but that flight (and a subsequent one scheduled for Monday morning) were cancelled due to COVID positive test results on the club.
For the curious, players are tested regularly and an initial positive test results in isolation pending a confirmatory second test. If a player is confirmed positive, they remain in the protocol until three things have happened: (1) 10 days have passed since they’ve had symptoms, (2) the team doctor signs off on their clearance and (3) they satisfy local requirements regarding isolation following a positive test. (Alberta’s guideline is isolation for 10 days for asymptomatic individuals following the date of a positive test.)
Advertisement
Ad
Advertisement
Ad
The Flames are 15-7-6 through 28 games of their 2021-22 regular season schedule and sit in second place in the NHL’s Pacific Division, one point behind the Anaheim Ducks.
The next scheduled game for the Flames is Saturday night at home against Columbus, but that’s probably best considered tentative until we get word about how things are looking for the club.
We’ll have more on this story as it continues to develop.