Advertisement
Ad
Clips and Quotes: the Calgary Flames lose to the Nashville Predators 3-2 in a shootout 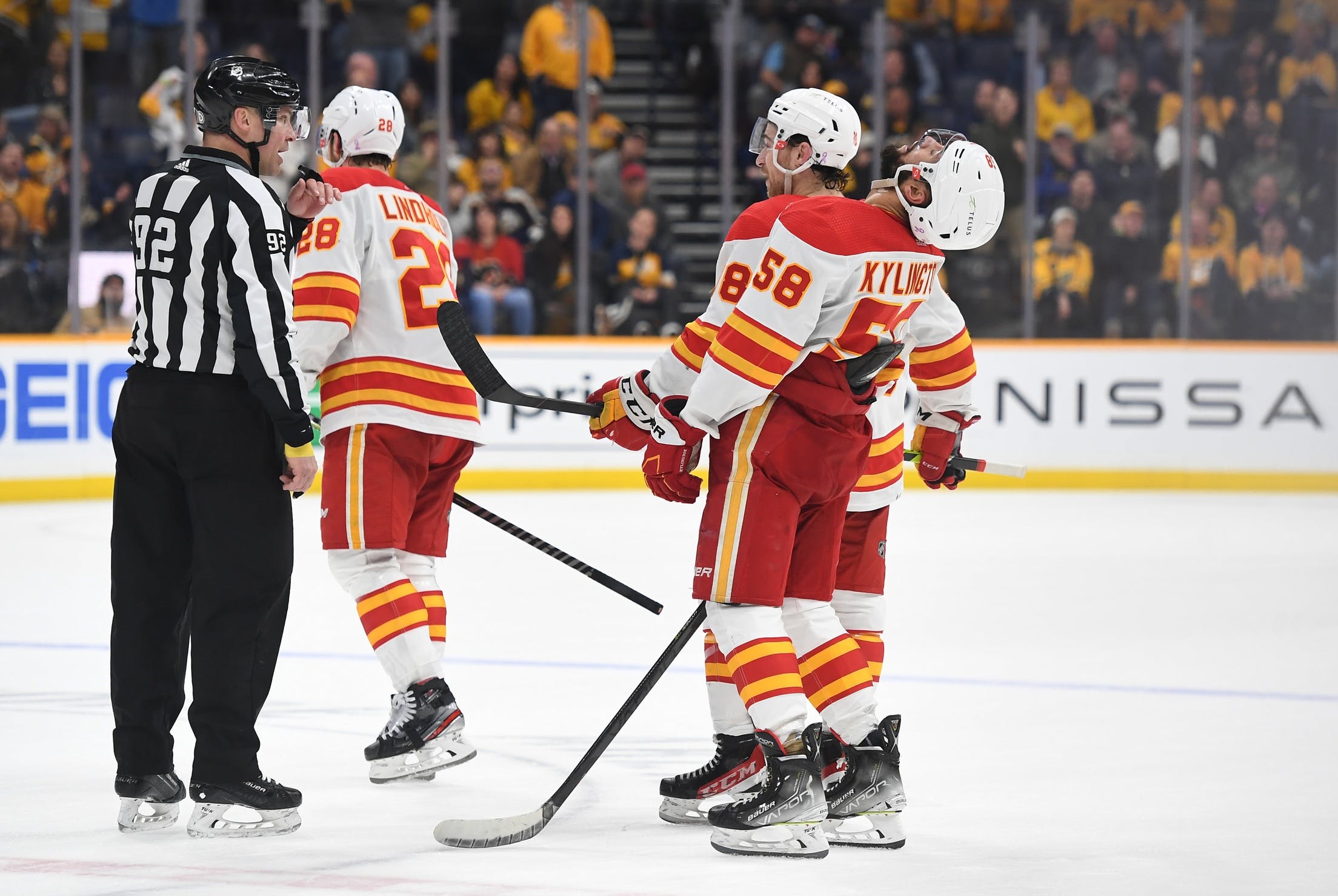 Photo credit: Christopher Hanewinckel-USA TODAY Sports
By Ryan Pike
7 months ago
Comments
The Calgary Flames headed to Nashville on Tuesday night to complete their 14th back-to-back set of the season. Facing a rested Predators team, the Flames battled back from a 2-0 deficit and earned a point by way of a 3-2 shootout loss.
The recap is here, if you missed it. Here are selected highlights and post-game comments from Tuesday night.

Chaos in the Crease, a short film (2022) pic.twitter.com/K0iWutaM0v

Advertisement
Ad
Advertisement
Ad
On the tight-checking, low-scoring game: “It’s hard to score in playoffs. I’ve said it. And I’m not talking about it anymore about any of this individual stuff. It’s hard to score in playoff time. So if some of these guys learn to play playoff hockey, then we have a chance to win a game.”
On Daniel Vladar’s performance: “That’s his job. Back to backs. That’s his job. Probably wants the power play goal back, the second one, but he made some big saves. Even the shootout, you know, made two of three.”
On Andrew Mangiapane’s performance: “He scored a power play goal, he got around the net. Both goals around the net. That’s how you score in playoffs.”