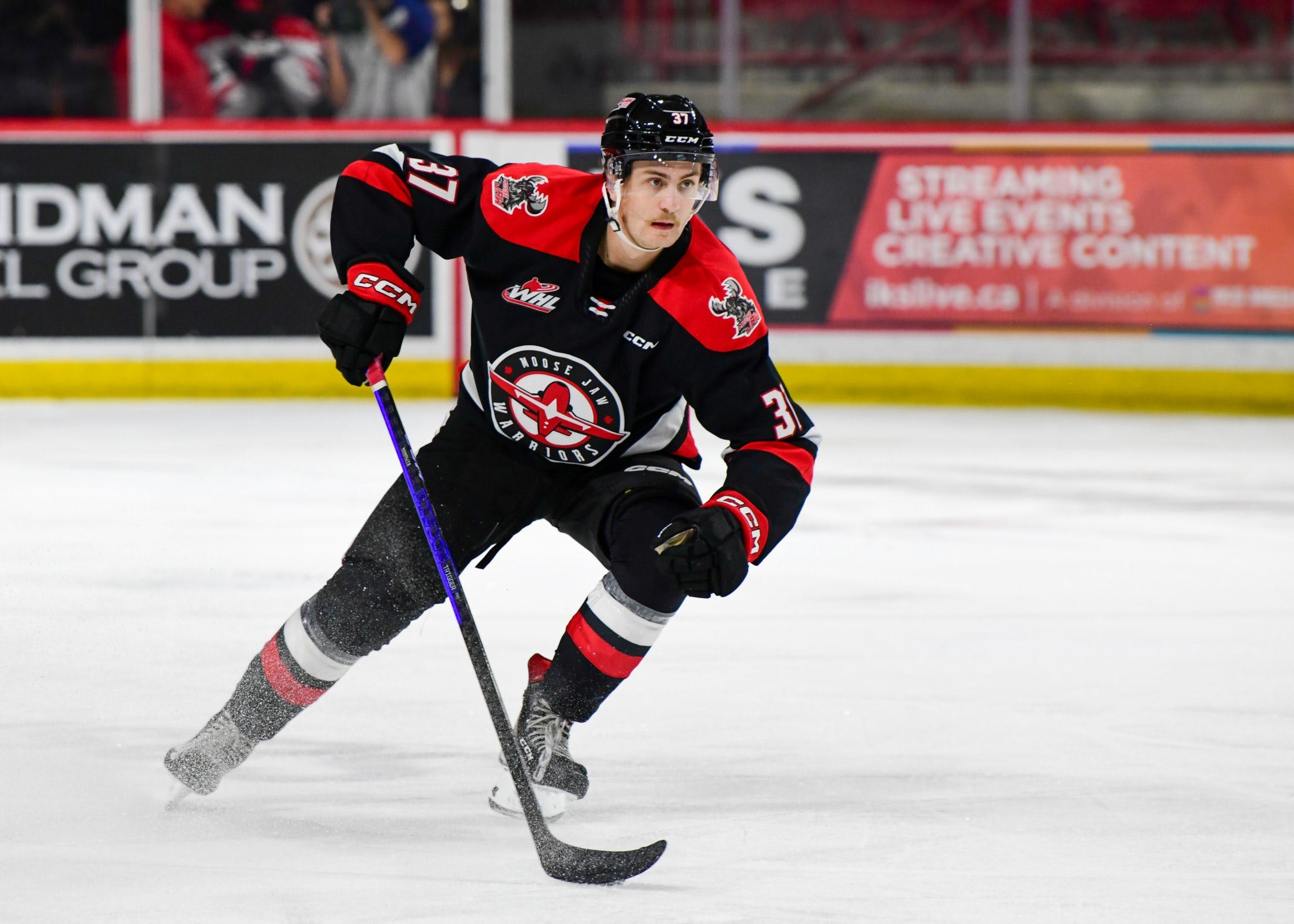 Photo credit: Moose Jaw Warriors
By Mike Gould
1 month ago
Comments
Calgary Flames prospect and Moose Jaw Warriors defenceman Cole Jordan will miss the rest of the 2022–23 season with a lower-body injury, the Warriors announced Wednesday.
Jordan, 20, was in his over-age season with the Warriors and had seven points (two goals, five assists) in 17 games before suffering the injury, which required surgery.
The Flames originally selected Jordan in the fifth round (No. 141 overall) of the 2021 NHL Draft.

Cole Jordan will be undergoing surgery and miss the remainder of the Warriors’ 2022-23 season, ending his WHL career

Thank you to Cole for being a great Warrior!

Jordan has struggled to remain healthy in the WHL since being drafted by the Flames. The 6’2″, 204-pound left-handed defender appeared in 36 of the Warriors’ 68 games last season and will now miss the final two-thirds of 2022–23.
In 114 career WHL games over parts of four seasons with the Warriors, Jordan scored eight goals and 35 points. He added a pair of assists in 10 playoff games with the Warriors earlier this year.
“From my talks with Cole, his spirits are up and he knows that this is going to help him in the long run,” Warriors general manager Jason Ripplinger said Wednesday. “It hurts us as an organization but, at the end of the day, it’s the best thing for Cole.”
Advertisement
Ad
Advertisement
Ad

Jordan is one of five players whose exclusive post-draft signing rights with the Flames are set to expire on June 1, 2023, along with Jack Beck, Lucas Feuk, Cole Huckins, and Cam Whynot.
Out of that group, Beck and Whynot look to be the most likely to be tendered entry-level contract offers by the Flames. Feuk is currently skating with the Flames’ ECHL affiliate, the Rapid City Rush; Huckins is off to a solid start in the QMJHL with the Sherbrooke Phoenix.
The Flames will take on the Minnesota Wild on Wednesday evening at 6:00 p.m. MT.