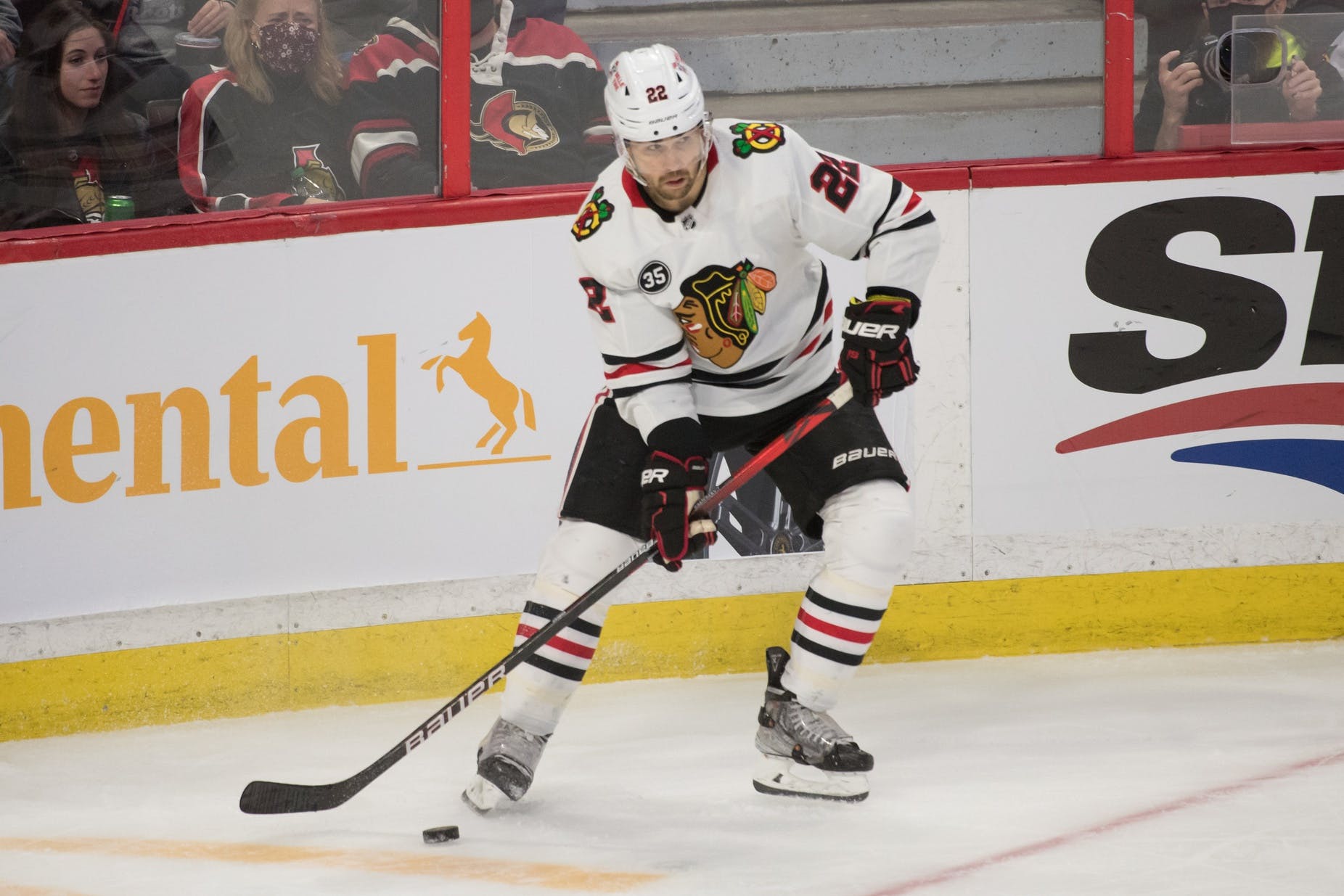 Photo credit: Marc DesRosiers-USA TODAY Sports
By Ryan Pike
8 months ago
Comments
The Calgary Flames have completed a deadline day trade. Per multiple reports, the club has acquired forward Ryan Carpenter from Chicago in exchange for a 2024 fifth-round pick.

Ryan Carpenter is going from #Blackhawks to #Flames in exchange for a 2024 5th round pick.@DailyFaceoff

Carpenter, 31, is a right shot centre (who also plays wing). He’s listed at 6’0″ and 200 pounds. He’s played 59 games this season for Chicago, primarily in their bottom six, and he has 11 points. He’s not a needle-mover offensively, but his gig will likely be winning face-offs, playing a responsible defensive game, and bringing some experience to the bottom six.
He played in the 2018 Stanley Cup Final for Vegas.

Ryan Carpenter, traded to CGY, is a decent 4th line defensive forward and PK specialist who struggles mightily to put the puck in the net. #Flames pic.twitter.com/1RDxqkAI1Q

One important note on #Flames reported deal for Ryan Carpenter — he was leading all Blackhawks forwards in shorthanded icetime this season.

Between the trades they’ve made, the Flames have essentially swapped out Tyler Pitlick (to Montreal), Brad Richardson (to Vancouver) and Adam Ruzicka (to the AHL) for Tyler Toffoli, Calle Jarnkrok and Carpenter. It feels like an upgrade.