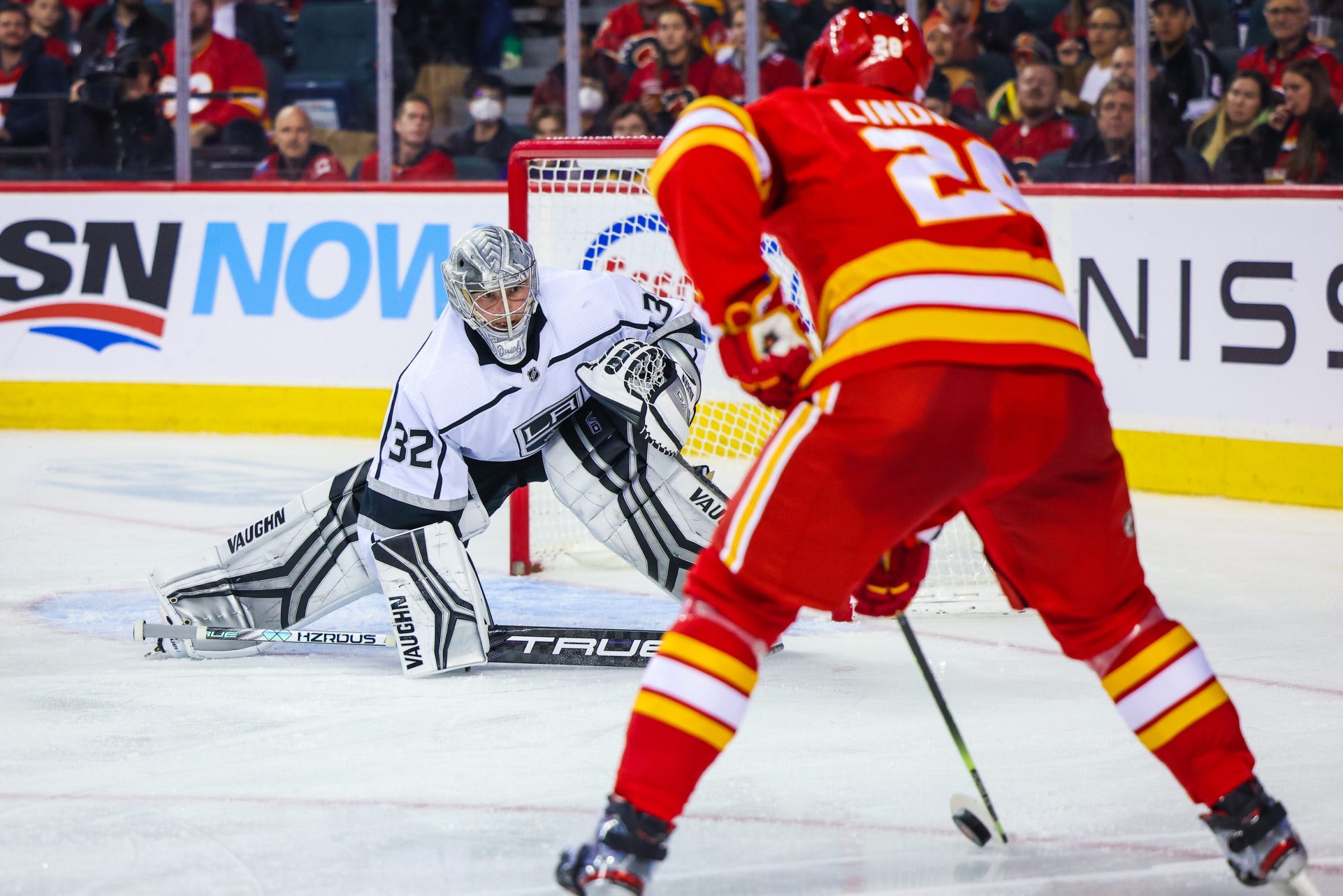 The Calgary Flames did a lot of good things on Monday night in their 6-5 win over the Los Angeles Kings. They also did enough things poorly that the game almost got away from them at the very end.

You could say that Monday’s win was the season, so far, encompassed in 60 minutes of hockey.

“There was a lot of the game where we did some pretty good things, where we limited opportunities and chances,” said assistant coach Ryan Huska following the win. “Once we got into the second period, I should say. The second period was a good period for us. Then we took the penalty, that little four on four coincidental penalty, and I thought some momentum shifted after that. That’s when it comes down to making sure you’re playing the game the right way, hard and smart, in order to finish things off the right way.”

Following Saturday’s win over Winnipeg, head coach Darryl Sutter mused that the Flames were “still searching for the magic combinations” on their back end. On Monday, particularly early, the Flames did a lot of mixing and matching.

Typically, the Flames only use four or five different defensive combos – usually a regular three pairs, plus one pair that’s a bit mixed up after a power play or penalty kill for the “bump-up” shift.

“Well we went pretty heavy with five guys tonight, that’s why you saw some different pairs,” said Huska. “Nick [DeSimone] was used sparingly and I thought the other guys, they did a good job until the four on four session, and then I thought we got a little bit panicky with the puck at times, I thought we started to make some poor decisions. But the five of them I thought handled themselves well up until that point.”

DeSimone played 7:26 overall, with more than half of his usage (3:52) coming in the first period. The other five defenders all played over 20 minutes.

Following the penalties to Phillip Danault and Nikita Zadorov 8:17 into the third period that resulted in four-on-four hockey, the Flames were out-shot 10-2 by the Kings and gave up a pair of goals that made what was previously a 6-3 game a bit more dramatic than necessary. Huska attributed the clunkiness of the team’s four-on-four play to some mistakes, notably players getting mixed up with their coverage.

The Flames ended up getting the result they needed, a second consecutive win to push them a game over the .500 mark, but there were certainly things the Flames needed to clean up.

“You’re not going to win when you let in that many goals, that’s for sure,” said Huska. “You get away with one tonight, for sure.”

The Flames kick off a six game road trip on Thursday night when they visit the Tampa Bay Lightning.