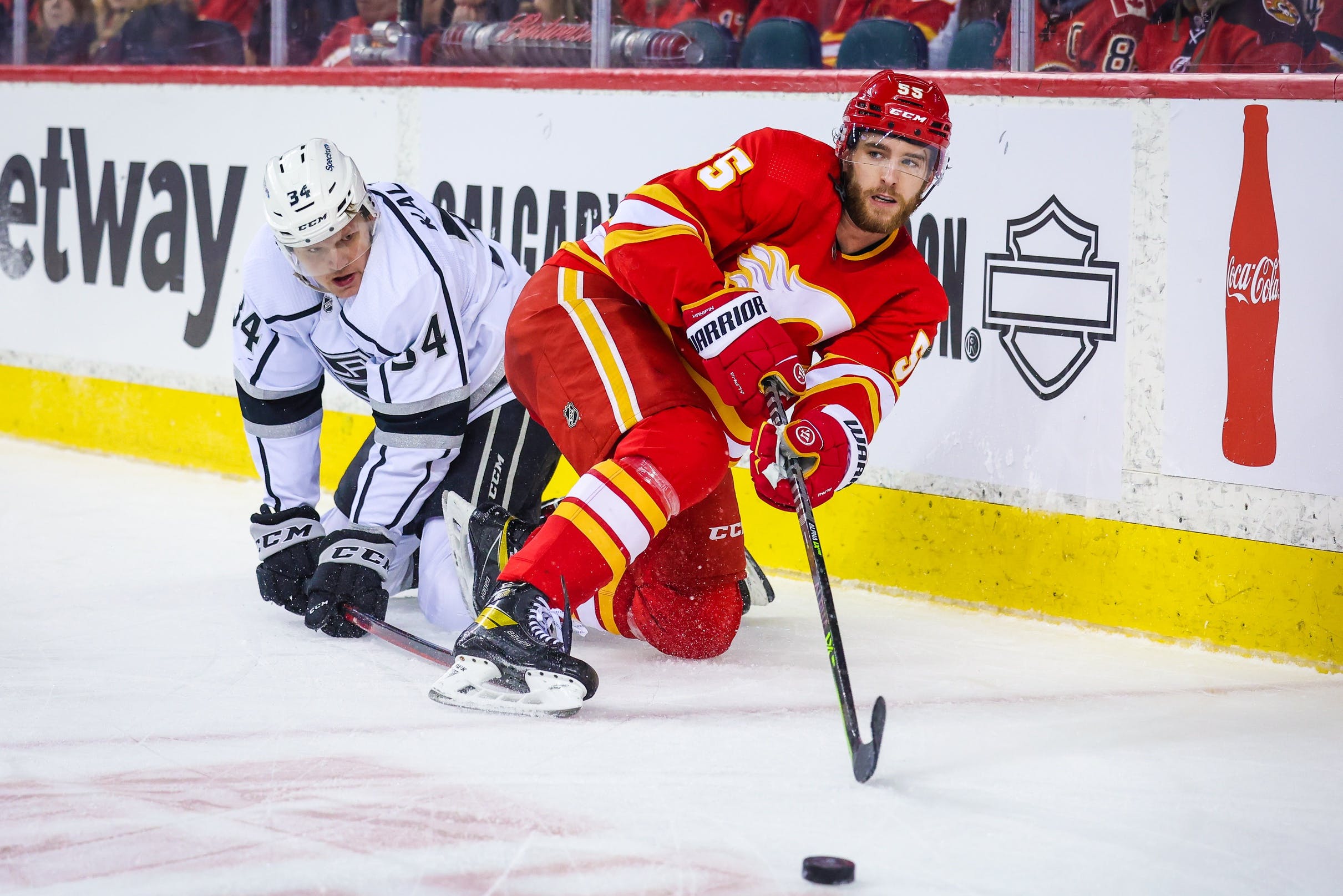 Photo credit: Sergei Belski-USA TODAY Sports
By Ryan Pike
9 months ago
Comments
After meeting last week at the Saddledome, a pair of divisional rivals close out their regular season series tonight at the unfortunately-named Crypto.com Arena! The Calgary Flames (40-19-9, 89 points) head south to tangle with the Los Angeles Kings (38-23-10, 86 points). It’s the Flames’ 69th game of the season, and they’re just three points up on the Kings (albeit with three games in hand). Can the Flames get back into the win column, or will the Kings spoil their trip to SoCal?
The puck drops just after 8:30 p.m. MT. Catch all the action on Sportsnet West (and One) or Sportsnet 960 The Fan! The Sportsnet national feed (including West) is showing the Toronto/Tampa Bay game earlier, so this game probably starts on Sportsnet One.

These two teams split their first two meetings: the Flames won 3-2 in Los Angeles in December, while the Kings beat the Flames 3-2 in a shootout last week.